The chorus was created  years ago to revitalize the Dulegaya language among children born outside the Guna Yala district - the Caribbean archipelago where they live.

Arranged in a circle from tallest to shortest, 20 children ages 6-12 breathe in unison and go through an exercise routine to relax their vocal muscles and make their voices clearer.

"Let go of all the tension and remember to breathe through your nose. Today we're going to start with 'Goe Machi,' " the group's teacher, Evelio Calvo tells the children while he gives instructions to the piano player to begin playing the typical song of the Guna tribe, one of Panama's seven Indigenous peoples.

Calvo is the director of this chorus, created two years ago with the aim of revitalizing the ancient Dulegaya language among children born outside the Guna Yala district, located 120 kms northeast of Panama City.

After 'Goe Machi', the chorus will sing 'Usu Ome', a fable about a rabbit that eats its babies, the lyrics of which are easy for beginners learning Dulegaya, a language that belongs to the Chibcha linguistic family and the alphabet for which consists of just 10 consonants and five vowels. 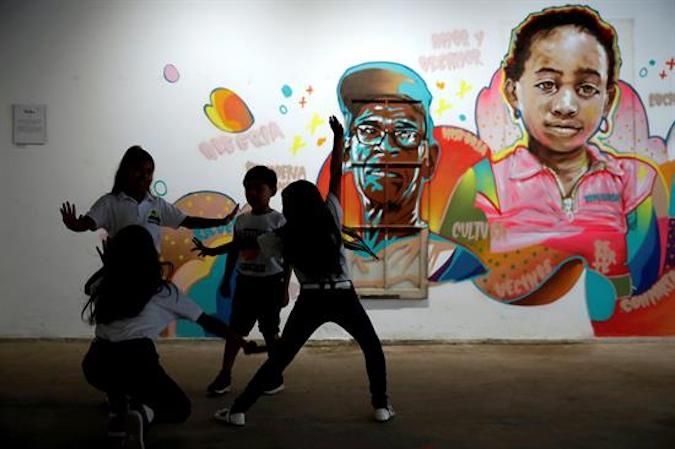 Johanny Barrantes, 10, says that the song she likes best is "Guna Yala Guine" because it talks about the customs in the district and the "molas," the traditional, multi-layered and colored textiles her grandmother still weaves.

"Music is a powerful tool for teaching our language. Many children in the capital don't speak Guna at home and when they travel to the district they don't understand anything," Calvo told EFE, adding that he taught weekly classes in his home until a few months ago when the International Cultural Center located in Panama City's Santa Ana neighborhood, allowed him to use its facilities.

Just like other countries in the region, in 2010 Panama approved a law establishing, in the nation's five native-language districts, the so-called Bilingual Intercultural Education (EIB) program that recognizes the country's different cultures and combines teaching in two languages.

In 1925, the Guna mounted a revolution to prevent the authorities from westernizing their culture, and in Guna Yala, children study in Dulegaya and take courses involving their ethnic group's world view, traditions and history.

The big problem that Guna children living outside the archipelago have is that they don't have access to the bilingual education.

"My husband is 'waga' (non-native) and it's difficult for me to speak Guna at home. So I bring (my daughter) to the chorus," Gisette Yisseth, who was born on a small island that she has not visited in years, told EFE. 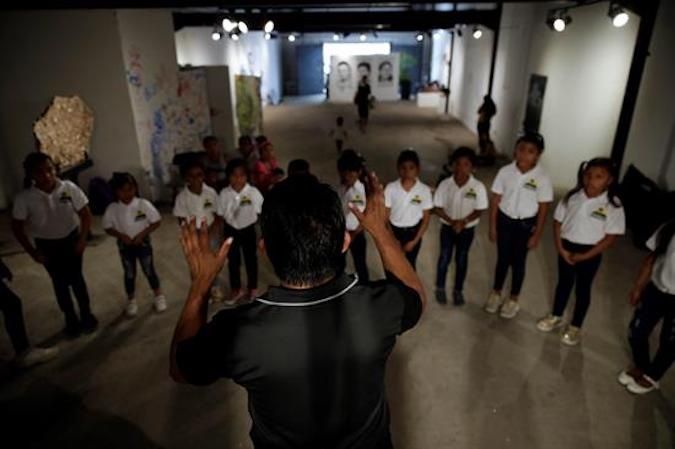 At the time of the 2010 census, there were 80,000 Gunas living in Panama, half of whom live outside the district, mainly in Panama City, and more people have been leaving their tribal district in recent years due to the lack of opportunities in Guna Yala that has a 90 percent poverty rate.

Despite the fact that use of Dulegaya is declining outside the district, the UNICEF Education official in Panama, Francisco Trejos, told EFE that the Guna are "one of the peoples that is making an effort in recent years to teach their language."

Even so, he added, "we have to keep working and training more teachers so that what's happening to the Bugle (another Panamanian tribe), who are on the verge of losing their language, doesn't happen to them."

According to a recent World Bank study, one in every five Indigenous peoples in the Americas has lost its native language in recent decades, and 26 percent of the more than 560 separate languages still spoken across the region are at risk of disappearing.

Aware that the identity of his people is linked to Dulegaya, Calvo is training new teachers to be able to expand the singing classes to other parts of the city. His aim is to start up another chorus at the end of this year and take in more children, the majority of whom are girls.

"Women have traditionally been the guardians of our culture, but we also need to include men in this struggle," he said.