This is precisely the situation Venezuela is facing, with U.S. sanctions limiting its ability to issue bonds while markets limit access to credit and transnational companies leave the country. This, despite a stellar record of debt payment and proven assets.

Within the country, this worsens the situation for Venezuelans who have been struggling with artificial inflation and shortages of foods and goods that officials attribute to an economic war.

Despite these enormous challenges, socialist leaders are vowing to continue the countries radical reforms while looking to renegotiate its debt with bondholders and allied nations.

Venezuela’s debt payments this year anticipate projections for payment of around US$8 billion in 2018 which will now be restructured. READ MORE

Despite Profit Motive, US Banks and Markets Squeezing Venezuela's Economy

The current predicament in Venezuela's debt, apparently initiated as a response to hostile accusations by the U.S. government, is that the country may have the means to pay its creditors, but not the channels. READ MORE

Despite the Venezuelan government having made large payments over the past four years, the country still has a high risk percentage, which analysts suggest is a result of sanctions against the South American nation. READ MORE

US Imposes Oil Blockade to Force Venezuela into Default

While continuing the commercial and financial embargo and the systematic attack on PDVSA, it was revealed at the start of November that imports of Venezuelan oil to the United States this year have declined to 56 percent compared to last year. READ MORE

US Sanctions Against Venezuela Blocked 18 Million Boxes of Food

The economic blockade imposed by the United States against Venezuela has prevented some 18 million boxes of food from the Local Supply and Production Committees, CLAP, from reaching the country, declared the Vice President of Venezuela’s National Constitutional Assembly, Aristobulo Isturiz. READ MORE

Three United States congressional members issued a statement calling for a diplomatic solution in Venezuela in response to the latest U.S. financial sanctions against the country. READ MORE

This is thesis of Pasqualina Curcio Curcio, a leading Venezuelan academic who examines economic war waged against her country. READ MORE

The head of Venezuela's National Assembly, Julio Borges, has sent more than a dozen letters to major banks asking them not to carry out transactions with the Venezuelan government in order to block the administration of President Nicolas Maduro from receiving financing. READ MORE

Over the past year, United, LATAM, Lufthansa, Aeromexico and Air Canada have stopped flights into the country, increasing Venezuela's isolation as it grapples with the crippling effects of the U.S.-led economic war. SEE GALLERY 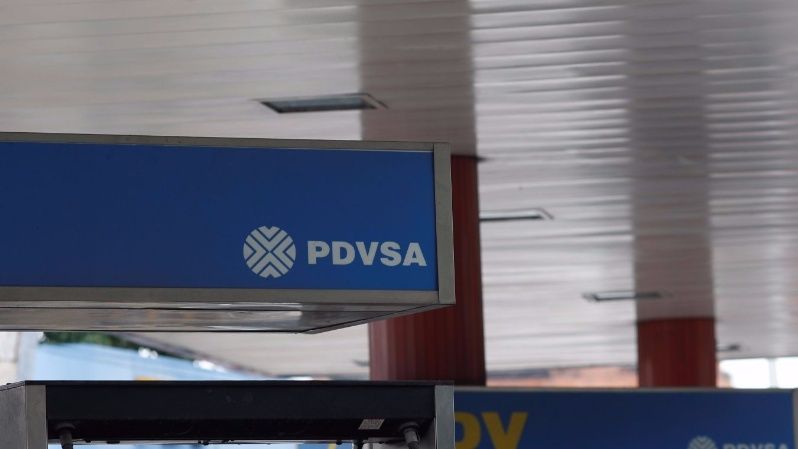 The corporate logo of the state oil company PDVSA is seen at a gas station in Caracas, Venezuela November 13, 2017. | Photo Reuters 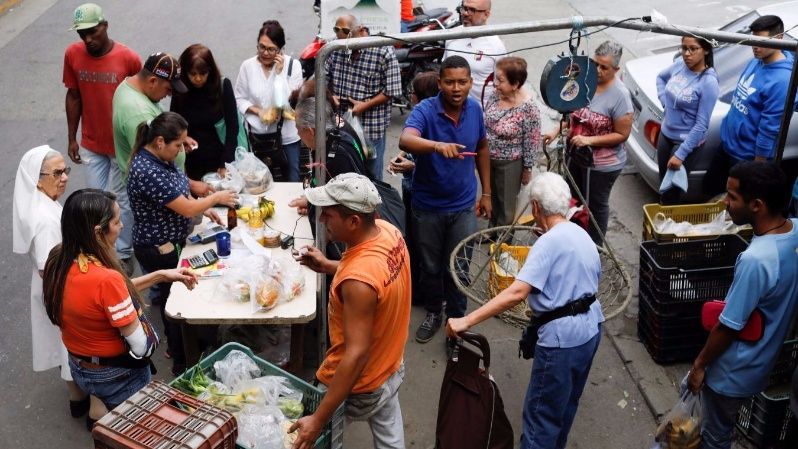 People queue to pay for their fruits and vegetables at a street market in Caracas, Venezuela November 13, 2017. | Photo Reuters 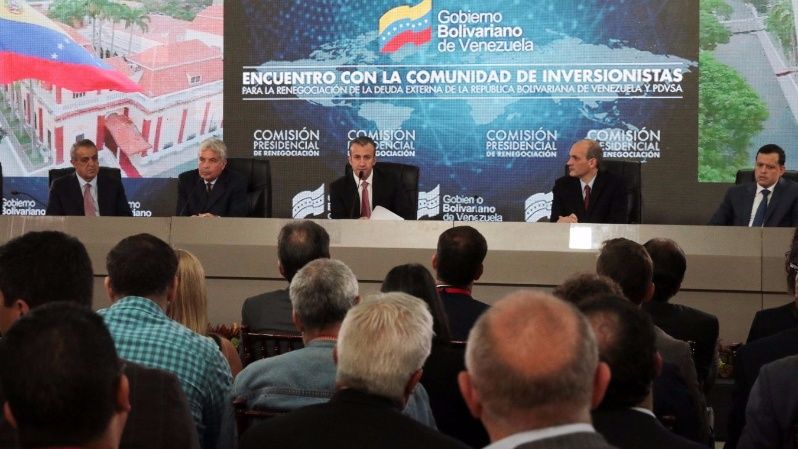 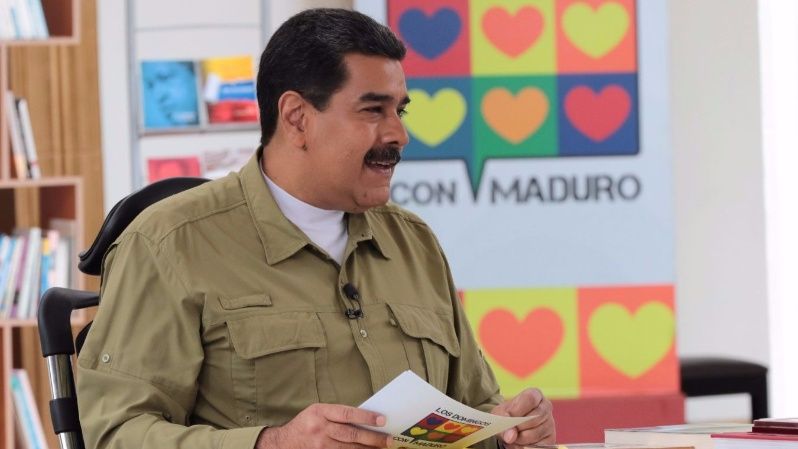 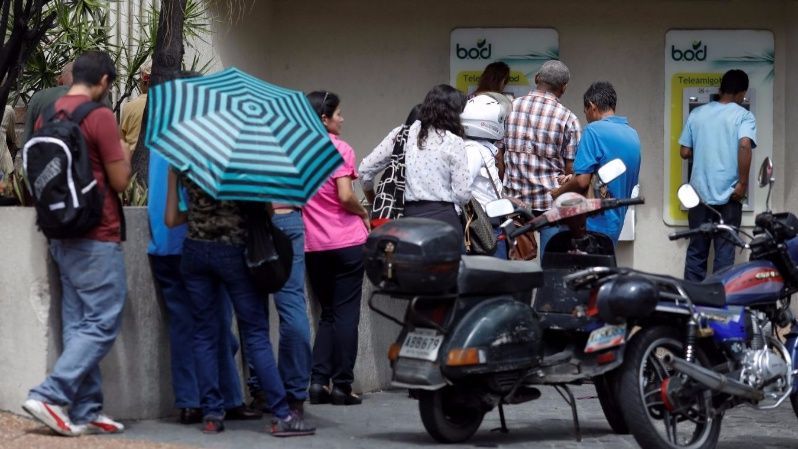 People queue to withdraw cash from an ATM outside a BOD branch in Caracas, Venezuela November 13, 2017. | Photo Reuters 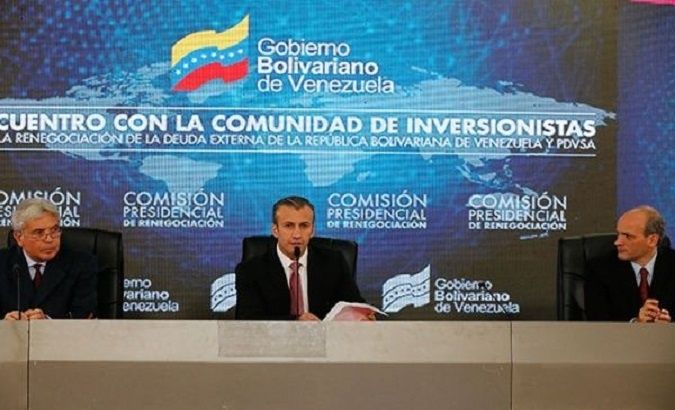 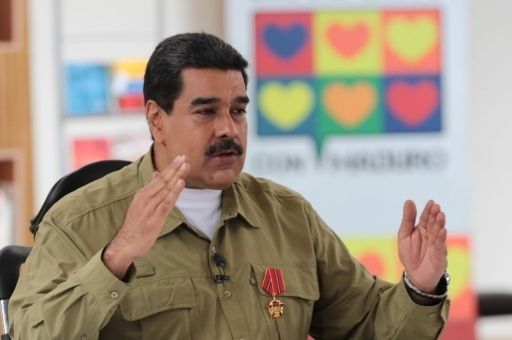 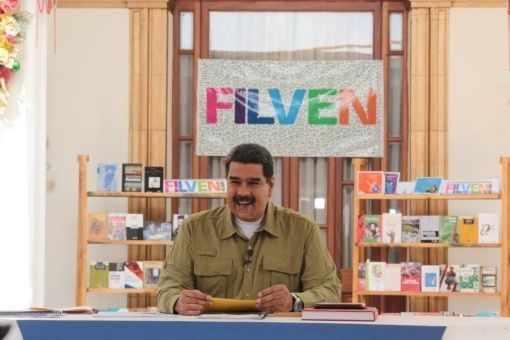 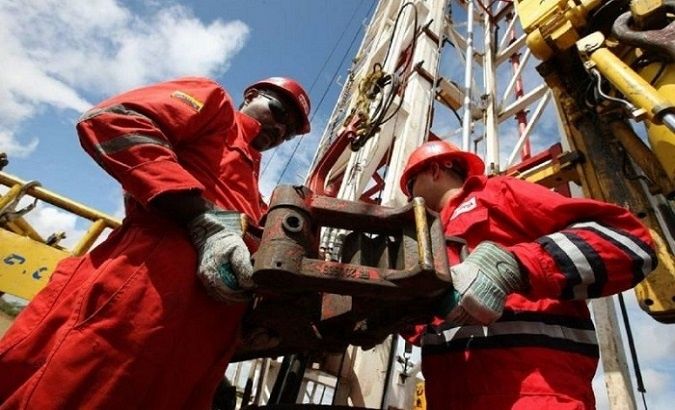 US Imposes Oil Blockade to Force Venezuela into Default