US President Trump Not Welcome in UK

People in the United Kingdom took to the streets to protest the visit of United States President Donald Trump. The President started his three-day official state visit Monday. Before his visit, he insulted London mayor Sadiq Khan and endorsed far-right Boris Johnson as Theresa May’s successor.

Britain's opposition Labour Party boycotted Trump's visit and many of the Labour leaders were also seen protesting the head of state's U.K. tour. 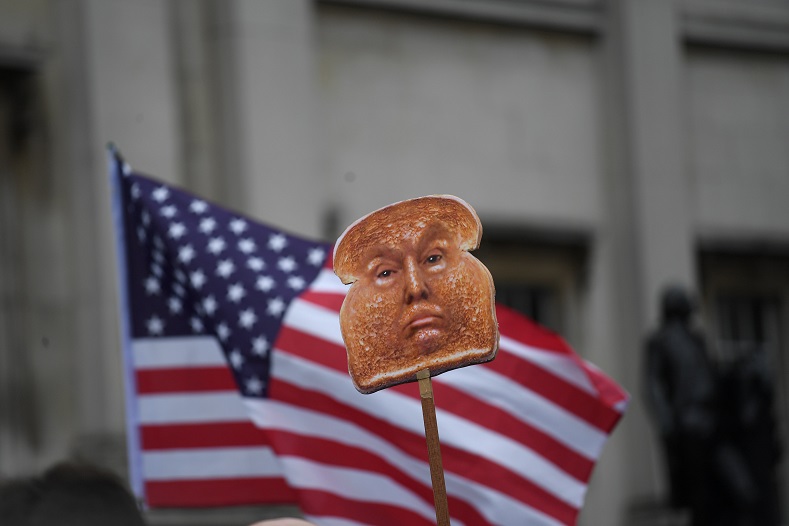 People in U.K. are protesting against Trump. Photo:Reuters 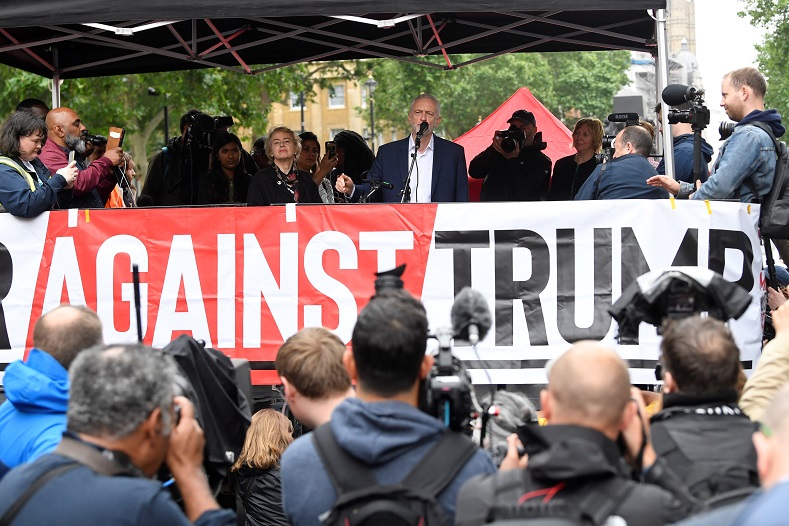 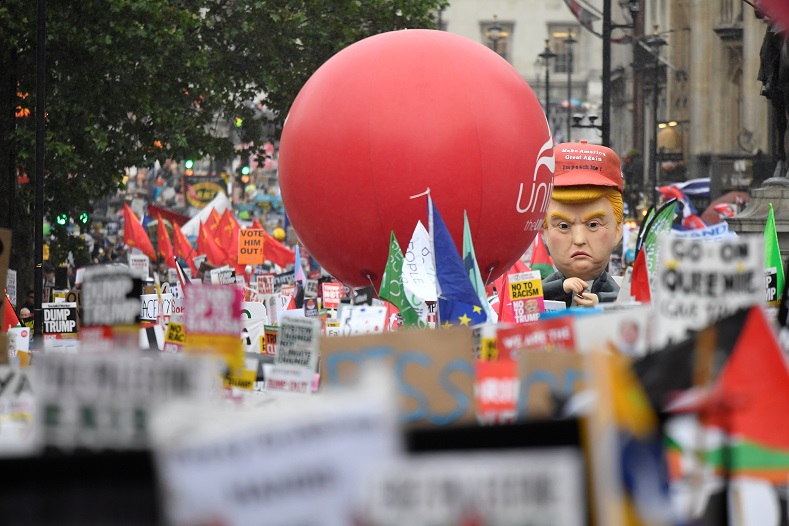 Before and during the trip, Trump criticized London Mayor Sadiq Khan for calling him a "20th century fascist." Photo:Reuters 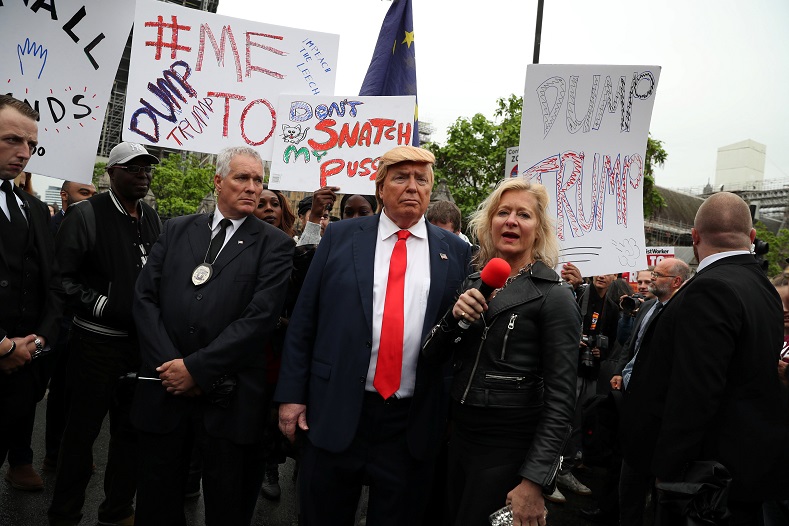 Trump also criticized Jeremy Corbyn for boycotting his visit as according to him he is the most important ally of Britain. Photo:Reuters 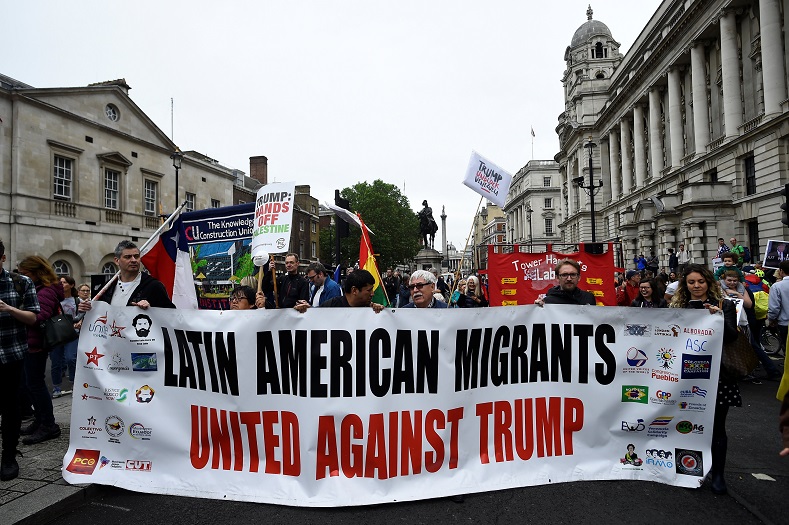 The U.S. president's views on who should succeed Theresa May did not sit well with many as they said that what happens in U.K. will be decided by the parliament. Photo:Reuters 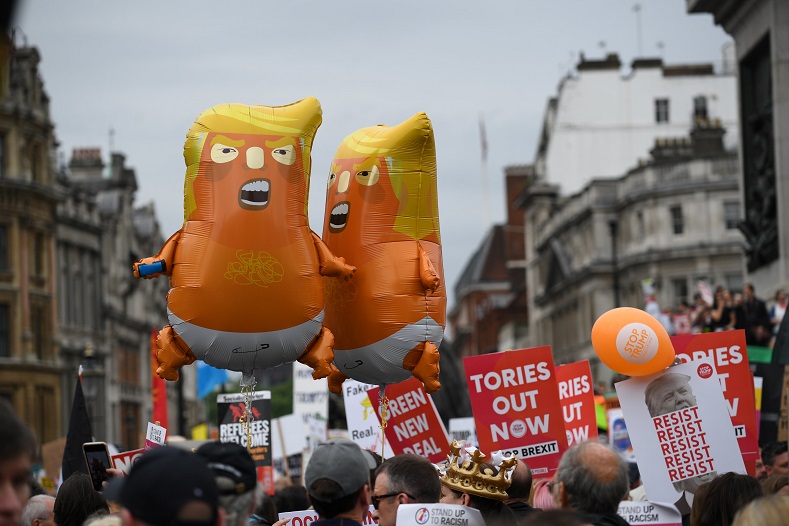 The iconic Trump balloons were seen in the streets of London. Mayor of London Sadiq Khan called the U.S. President the 'poster-boy' for the far-right during the first day of Trump's visit. Photo:Reuters 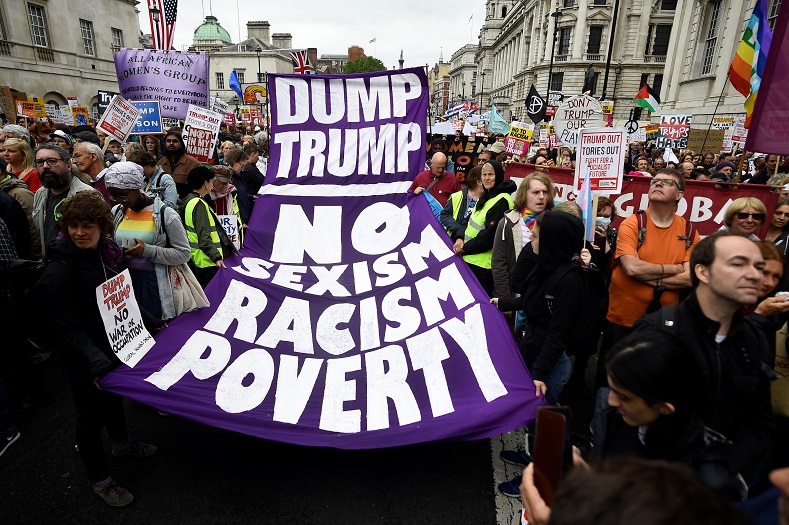 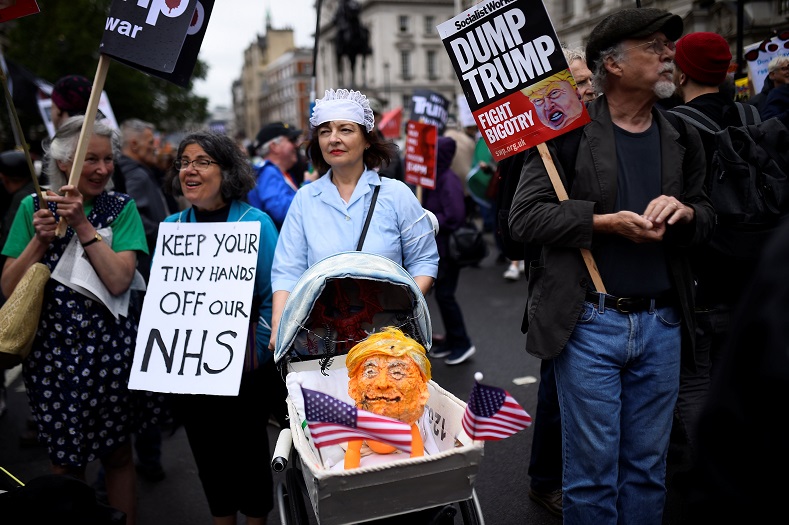 Trump's visit to Britain in 2017 after he became president was also met with fervent protests throughout the island. Photo:Reuters 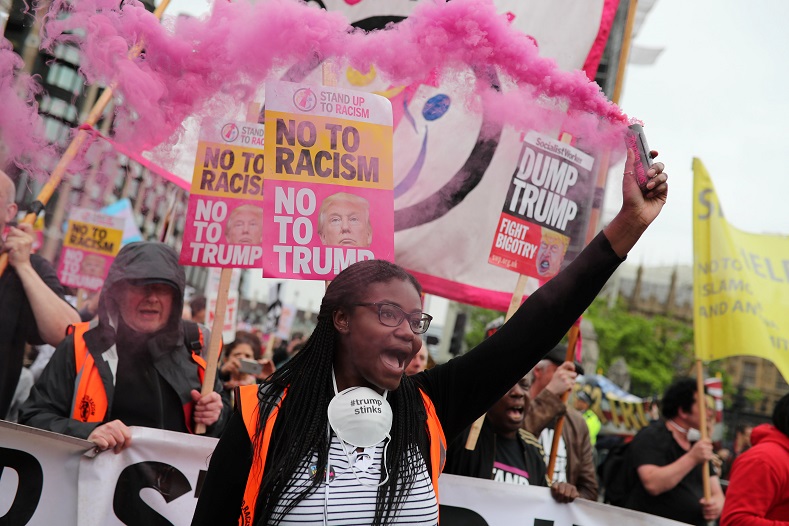 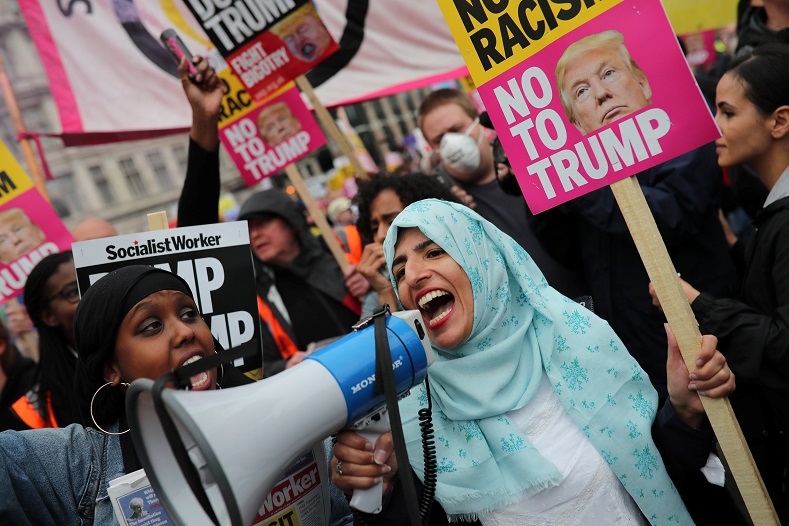 President Trump said he had refused to meet Labour leader, Jeremy Corbyn. However, it was Corbyn who boycotted Trump. Photo:Reuters