Stonewall's Legacy: Beyond Pride and Towards LGBT Liberation

IN PICTURES: "Stonewall Means Fight Back!" The event that gave birth to Gay Pride was characterized by militant resistance that continues to this day.

47 years ago, what we know today as “Gay Pride” was born out of an uprising sparked by New York Police Department repression on June 28, 1969, when the NYPD raided the Stonewall Inn, a rare underground space for gay, lesbian, bisexual, transgender, queer, and intersex peoples' social life in New York City.

In the years that followed, the impatient militancy and sharp-edged politics of the uprising were forgotten and largely whitewashed, and the leading role played by transgender people of color was conveniently buried. On Monday, a ceremony attended by government officials designated The Stonewall Inn as a national monument.

However, Stonewall began a process of militant LGBTQI struggle that continues to this day, and is characterized by anti-imperialism, anti-capitalism, anti-racism, and the fight against both heteronormative patriarchy and transphobia.

teleSUR takes a look at the pioneering fighters of the Stonewall uprising, as well as those who took up the banner of militant LGBTQI struggle to advance the fight for gay rights and racial, economic, and trans justice across the world. 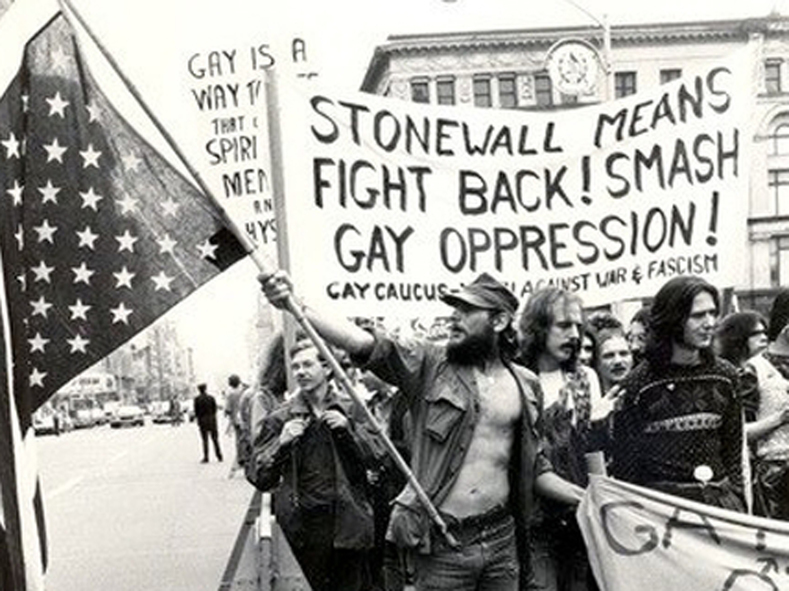 The Stonewall uprising launched the modern LGBT movement. The uprising began the morning of June 28, 1969, when members of the gay community decided to fight back against a New York City police raid on the Greenwich Village gay bar, the Stonewall Inn. Photo:Public Domain 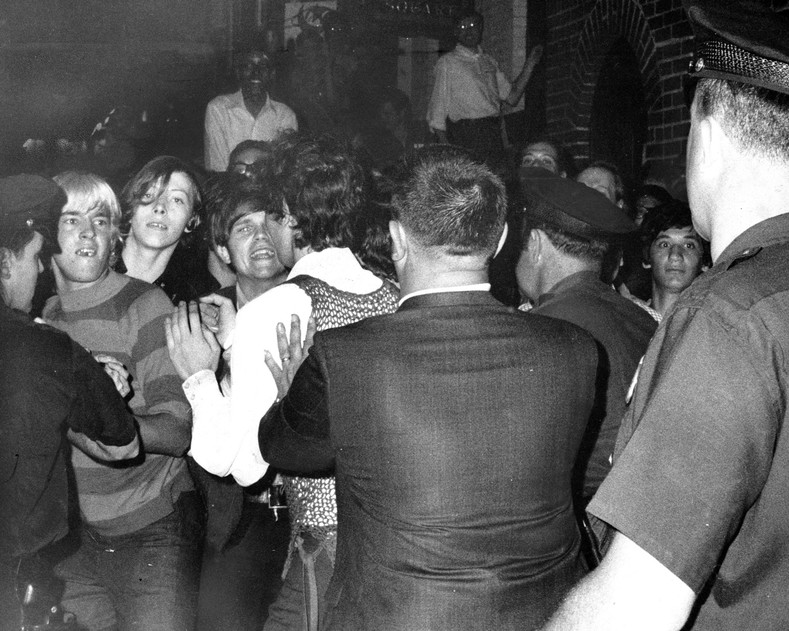 Police force people back outside the Stonewall Inn as tensions escalate the morning of June 28, 1969. Photo:Public Domain 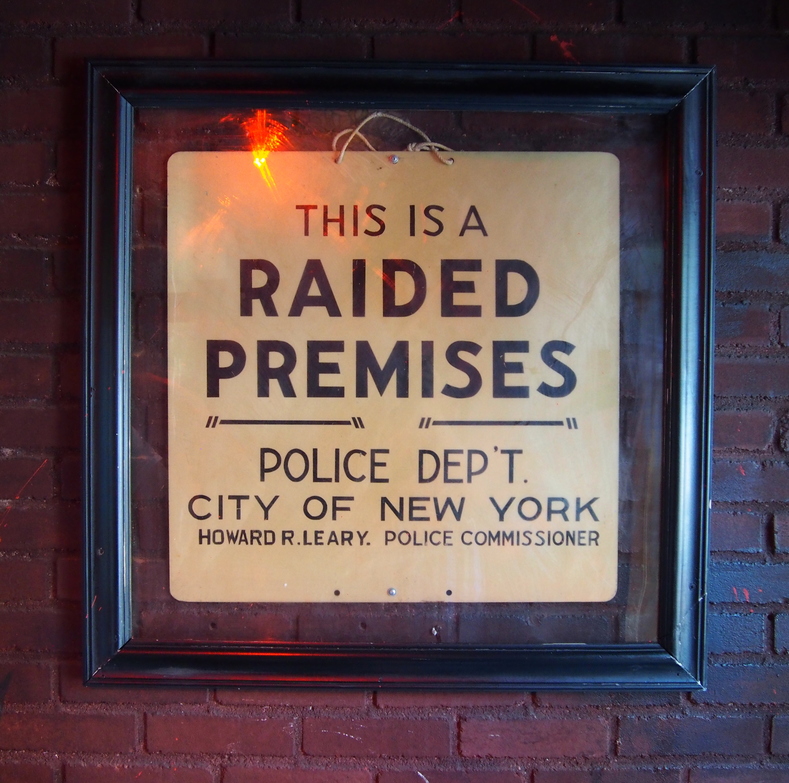 The "raided premises" sign just inside the door at the Stonewall Inn, a gay bar on Christopher Street in Manhattan's Greenwich Village. Photo:Wikimedia Commons 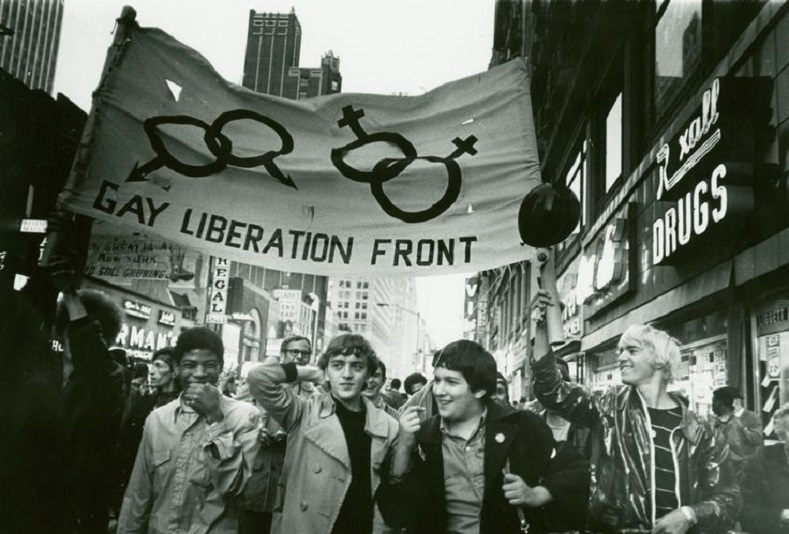 The Gay Liberation Front (GLF) was formed in New York City in the summer of 1969, shortly after the Stonewall Uprising. Photo:Public Domain 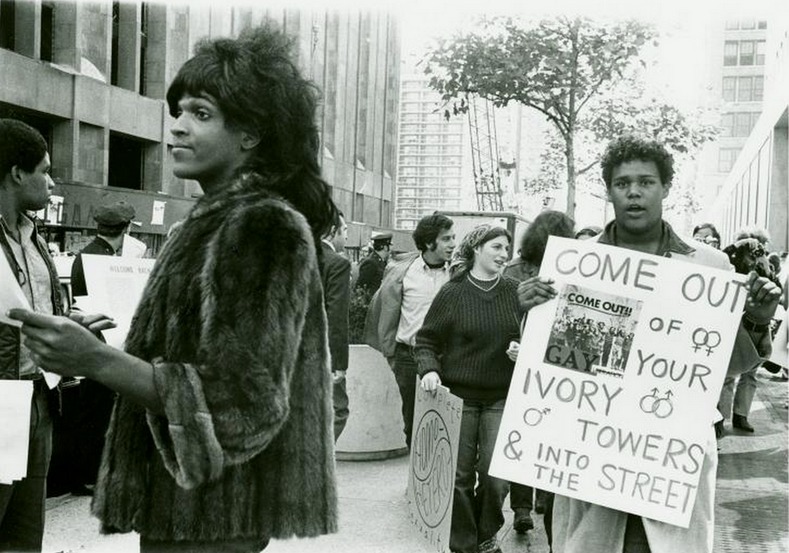 Marsha P. Johnson handing out flyers in support of the Gay Liberation Front in New York. Johnson was a part of a layer of activists who called for gay rights as well as for racial, economic and trans justice. Photo:New Museum 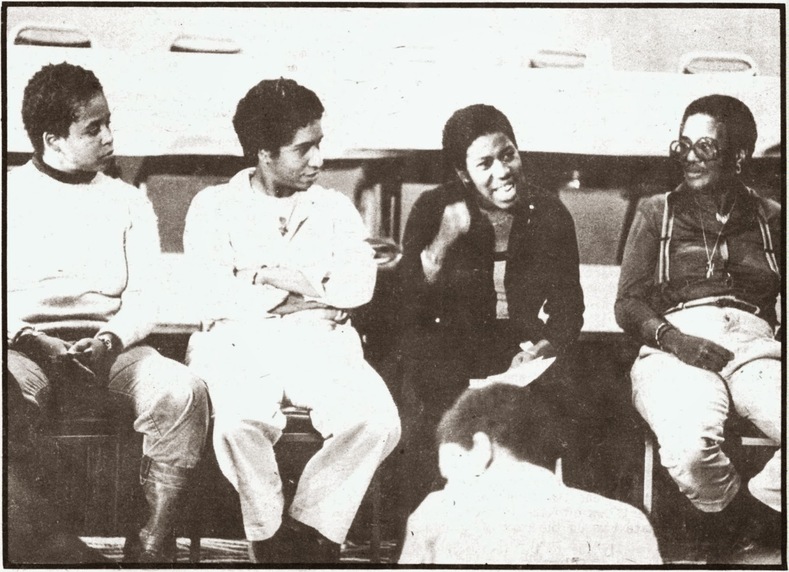 In 1980, the first Black Lesbian Conference began in San Francisco with nearly 200 women in attendance. The Black Lesbian Caucus was created as an offshoot of the Gay Liberation Front in 1971, and later took the name of the Salsa Soul Sisters, Third World Wimmin Inc. Collective, which was the first "out" organization for lesbians and women of color in New York. The Sisters are now known as African Ancestral Lesbians United for Societal Change, and is the oldest black lesbian organization in the United States. Photo:Leigh Mosley 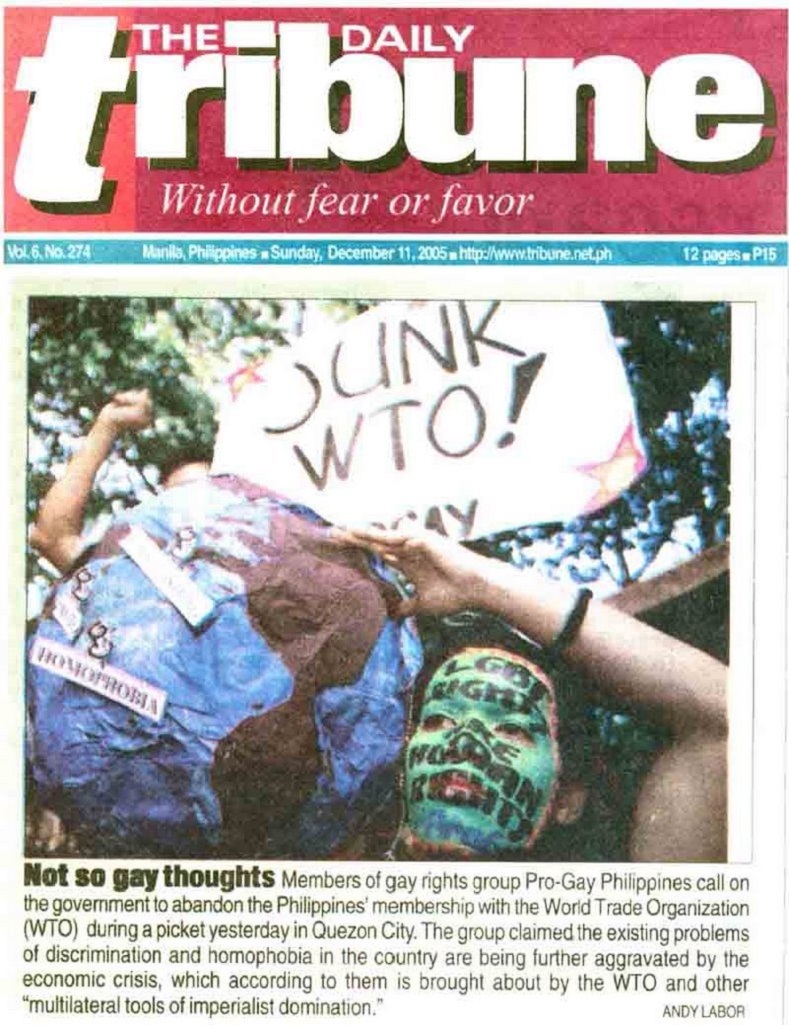 Throughout the world, gay rights activists have been at the forefront of social struggles, as can be seen in this newspaper coverage of an anti-imperialist march held in the Philippines in December, 2005. Photo:ProGay Philippines 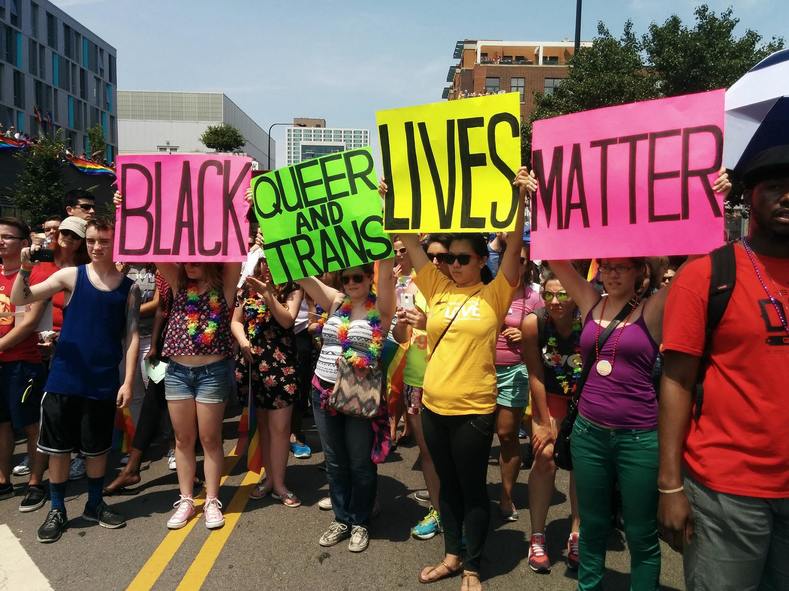 On Sunday, June 28, 2015, members of the Black queer community of Chicago and their allies interrupted the Chicago Pride Parade. Photo:#BlackOutPride 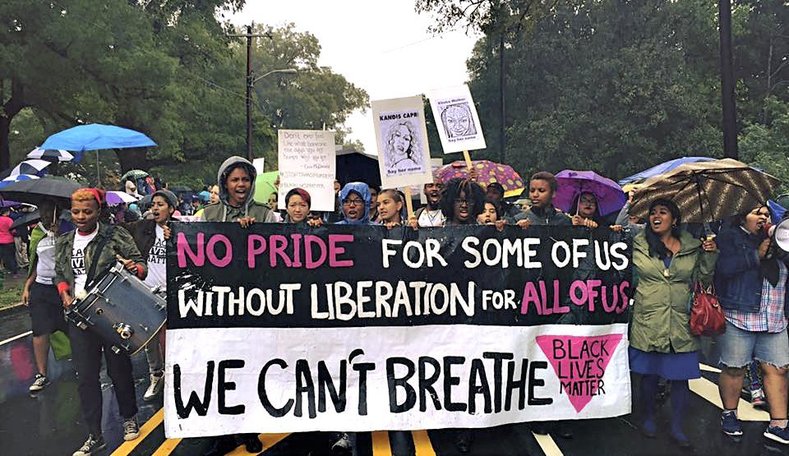 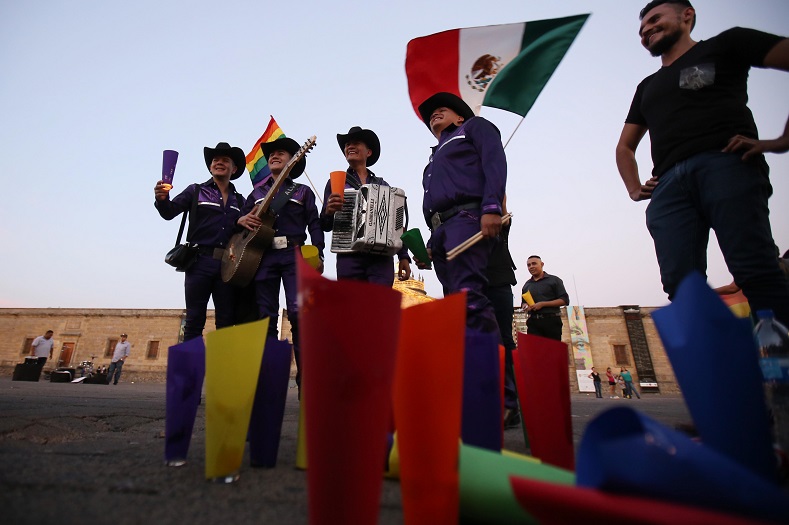 Activists and members of the gay community take part in the International Day Against Homophobia in the city of Guadalajara, Mexico, May 17, 2016. Photo:EFE 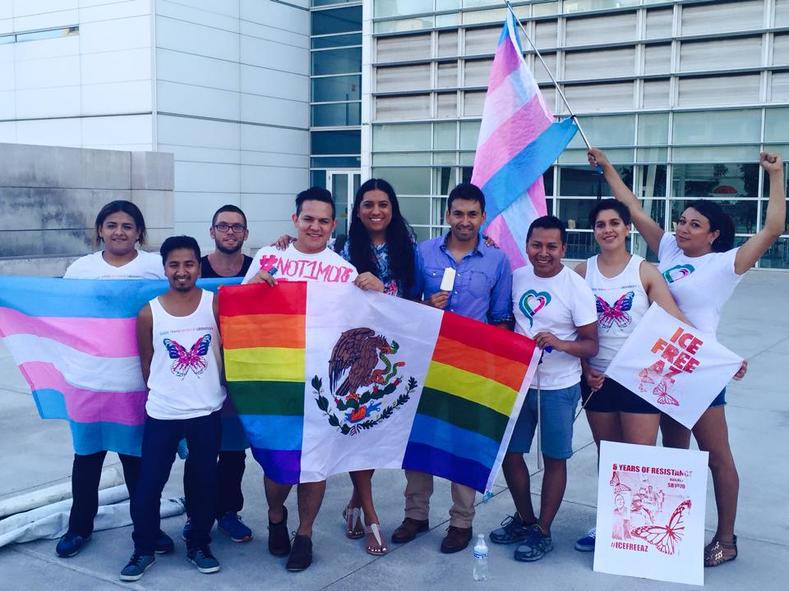 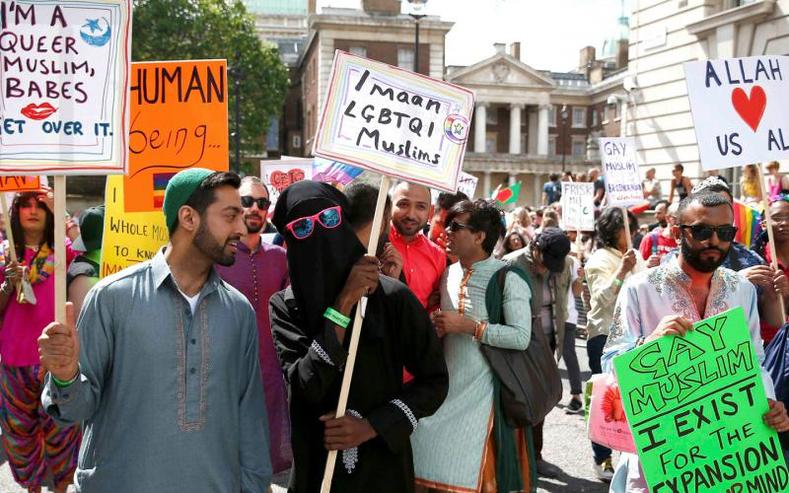 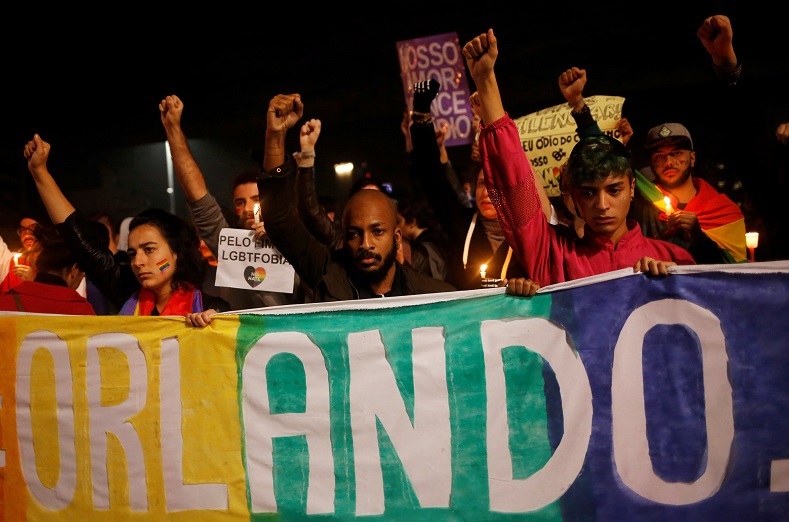 People take part in a vigil in Sao Paulo, Brazil, in memory of the victims of the Pulse gay nightclub shooting in Orlando, Florida, June 15, 2016. Photo:Reuters 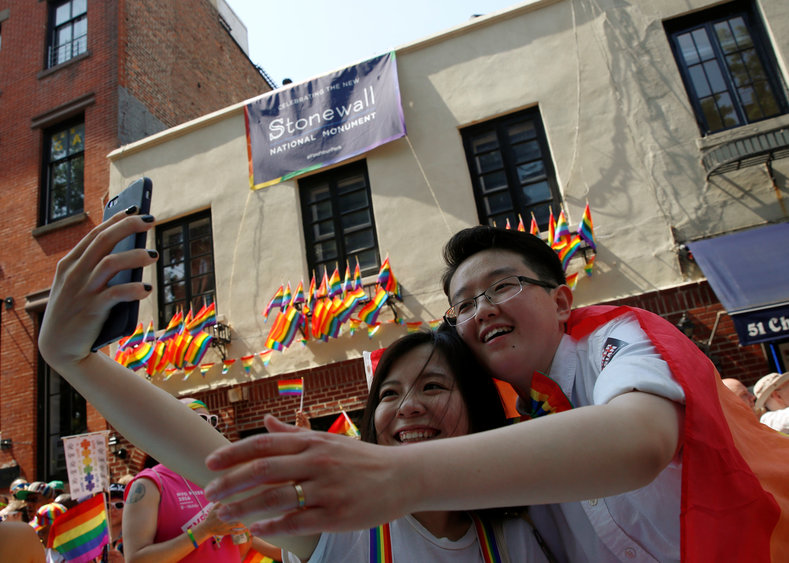 Participants pose for a selfie in front of the Stonewall Inn during the annual NYC Pride parade in New York City, New York, U.S., June 26, 2016. Photo:Reuters