Over one million Russians of all ages took to the streets to commemorate "The Victory Day", which is celebrated on May 9 to mark the defeat of the Nazi army during World War II. Carried out for the first time in 1965, this holiday takes place in Russia, Belarus, Ukraine and most of the former Soviet republics.

Although this celebration was discontinued after the fall of the Belin Wall in 1989, the tradition was resumed in 1995 through several civil parades in the Red Square in Moscow. Since 2005, the festivities once again included military parades in which veterans and young soldiers place flowers at the Unknown Soldier Tomb.

In this year's Moscow celebrations, Russian President Vladimir Putin carried his father portrait while he participated in the "Immortal Regiment March", an event in which thousands of people remember those who fought or died in the "Great Patriotic War of the Soviet Union." 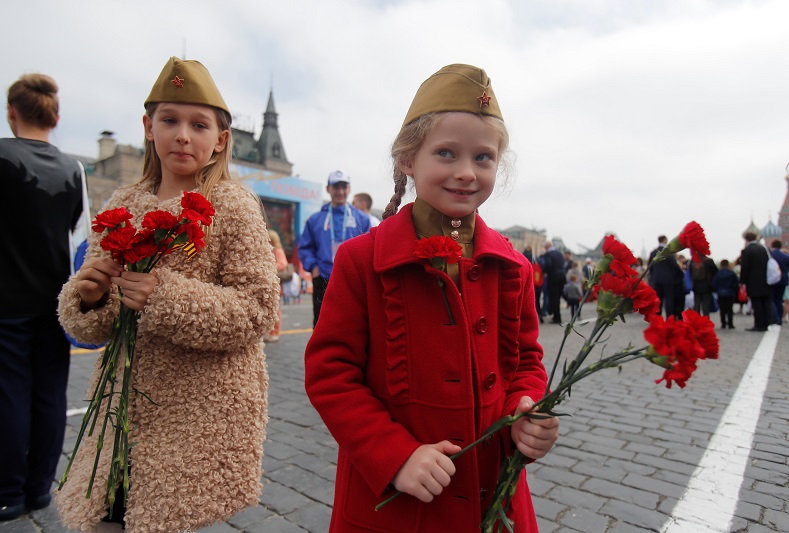 Russian girls hold flowers after the Victory Day parade, which marks the anniversary of the victory over Nazi Germany in World War Two, in the Red Square in Moscow, Russia, May 9, 2019. Photo:Reuters 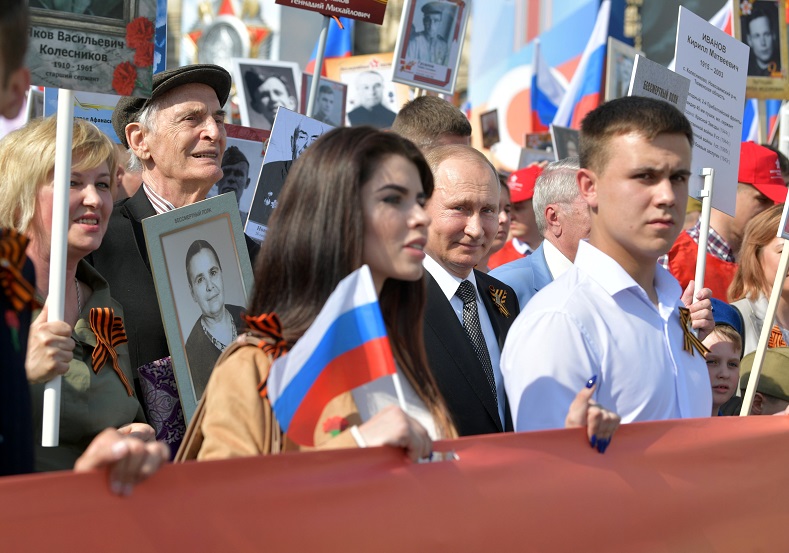 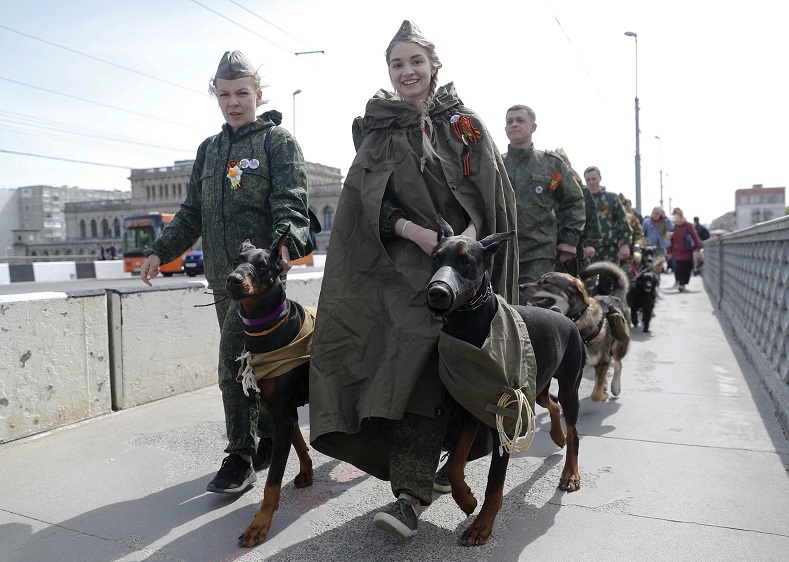 Participants walk during a procession commemorating cynologists and their dogs, who fought against Nazi Germany in World War Two, on the Victory Day in Kaliningrad, Russia. Photo:Reuters 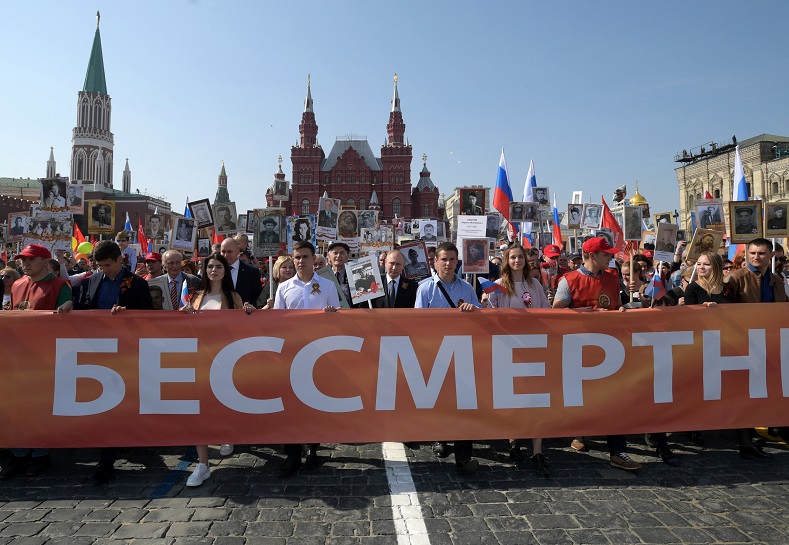 Russians hold a banner and take part in the Immortal Regiment march, an event which gathered almost one million people in Moscow. Photo:Reuters 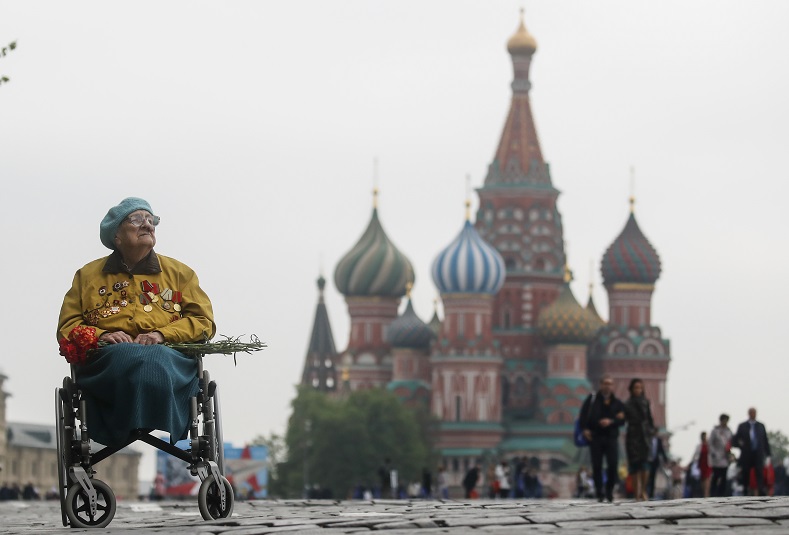 A WWII veteran sits in a wheelchair in front of St. Basil's Cathedral in central Moscow. Photo:Reuters 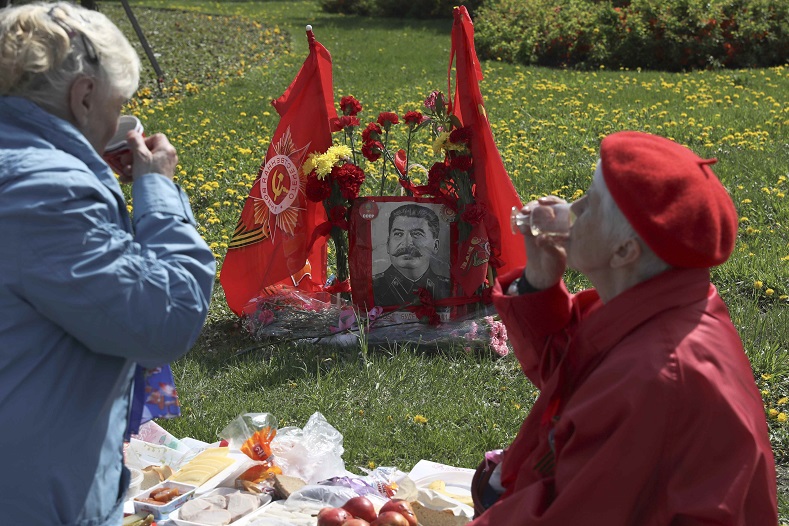 Two women improvise a picnic in front of a portrait of the Soviet leader Joseph Stalin which is on display at a park in Moscow. Photo:Reuters 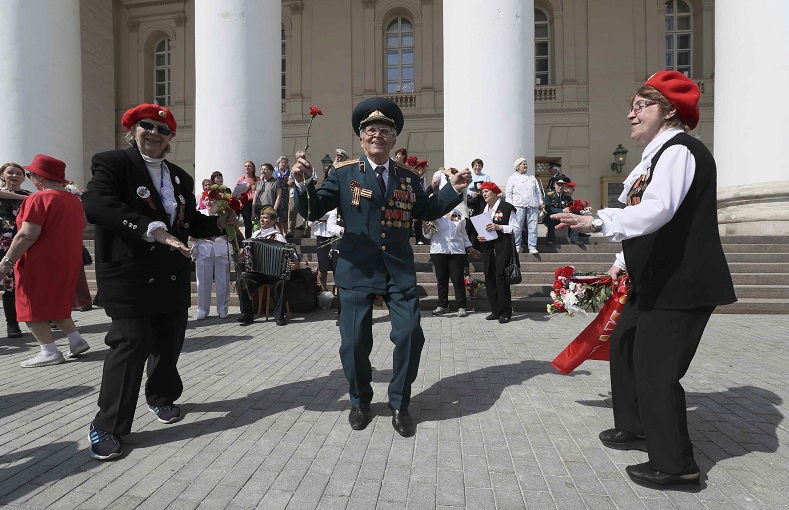 Russian veterans celebrate the Victory Day near the Bolshoi Theatre in Moscow. Photo:Reuters 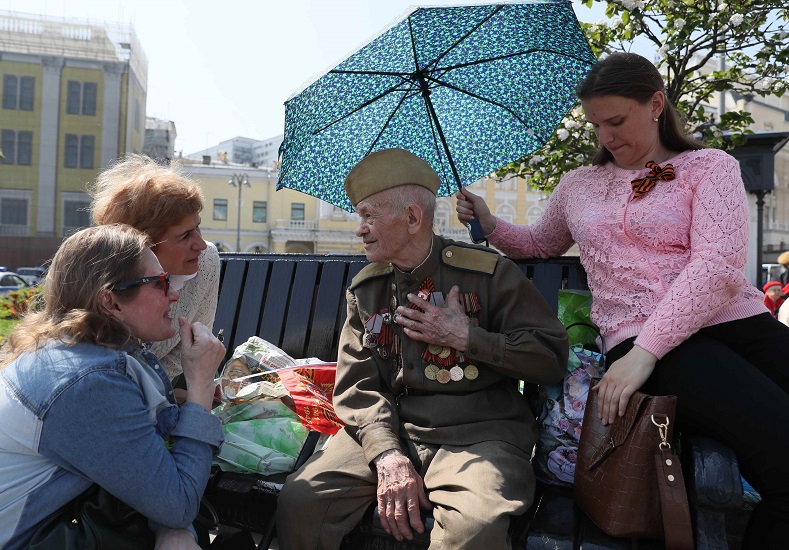 Women listen to a Russian WWII veteran who tells them his war anecdotes on a bench in a Moscow park. Photo:Reuters 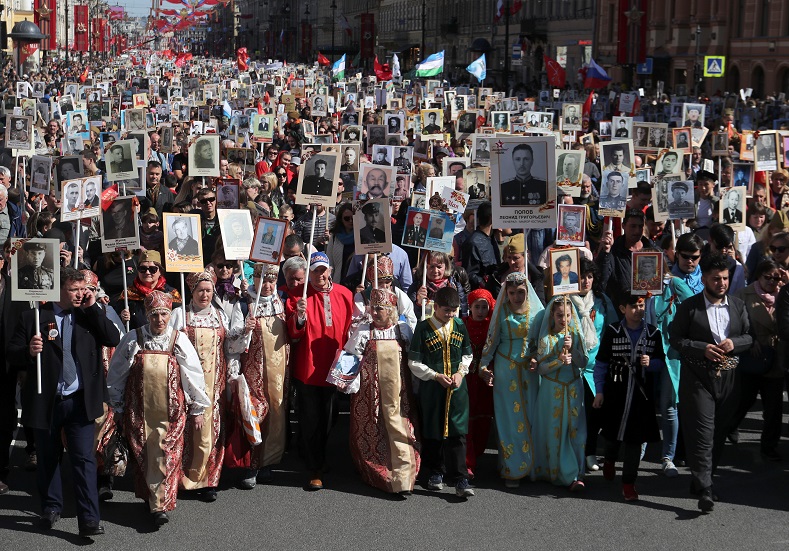 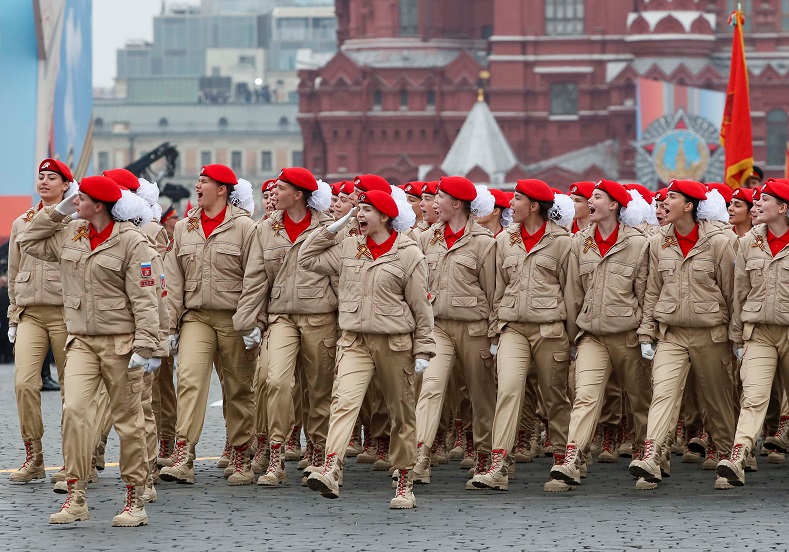