Rosa Louise McCauley Parks was an African-American activist and, in the words of the United States Congress, "the first lady of civil rights" and "the mother of the freedom movement.”

In December 1955, Parks famously refused to obey a bus driver who told her to give up her seat to a white woman. Her courage kicked off the bus boycott in Montgomery, Alabama, which proved to be a spark in the fight for equal rights. 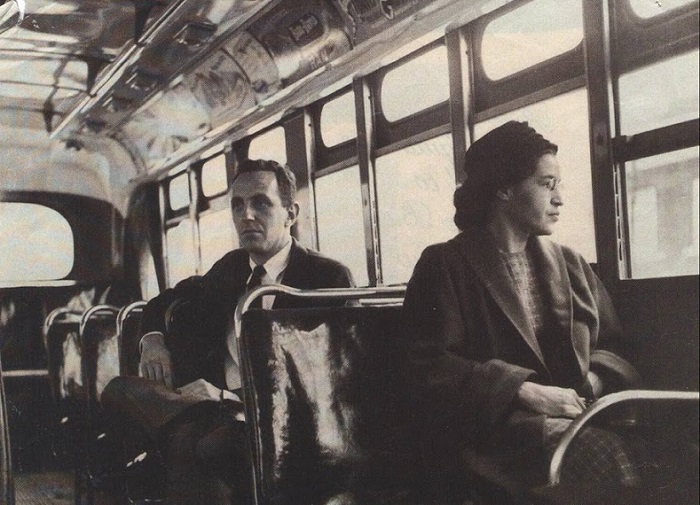 Rosa Parks rides on the Montgomery Area Transit System bus. On Dec. 1, 1955, Parks refused to give up her seat on a Montgomery bus, igniting the boycott that led to a federal court ruling against segregation in public transportation. Photo:Library of Congress 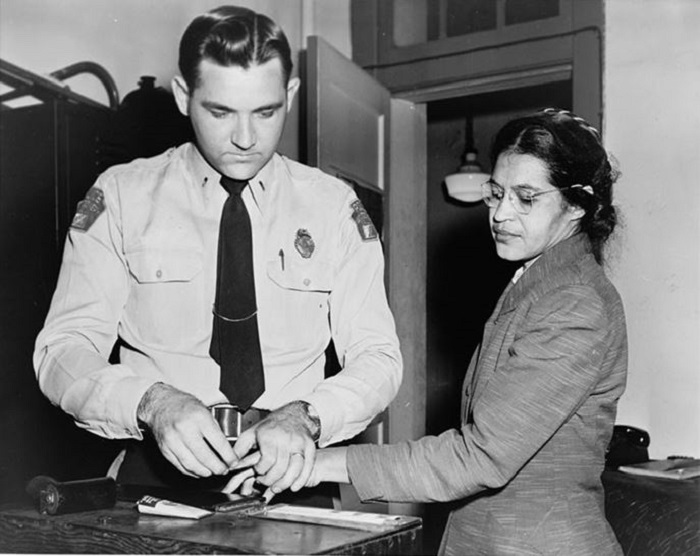 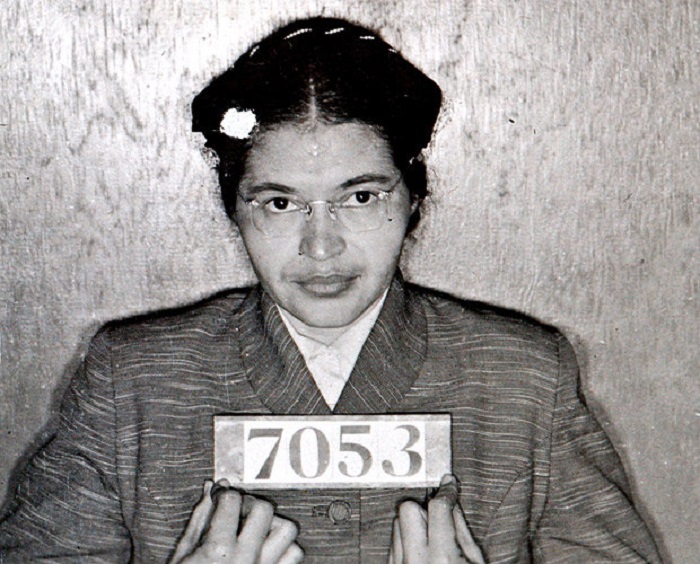 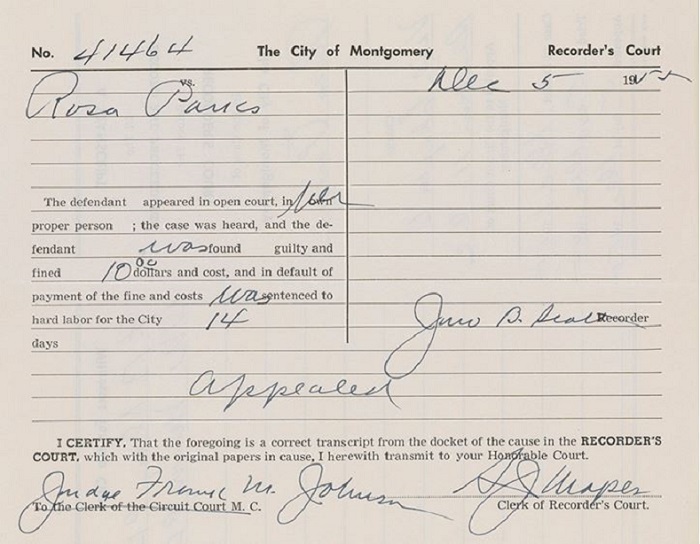 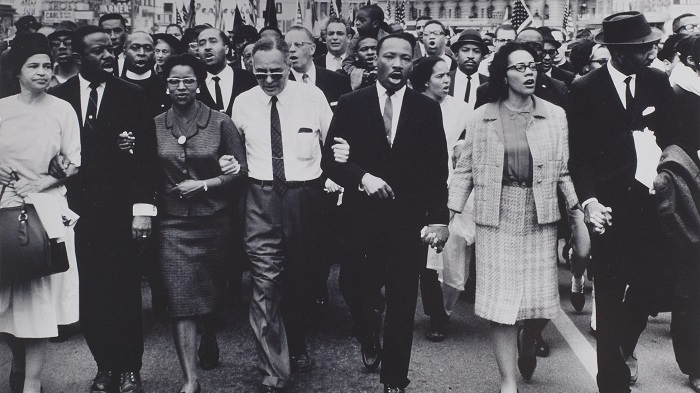 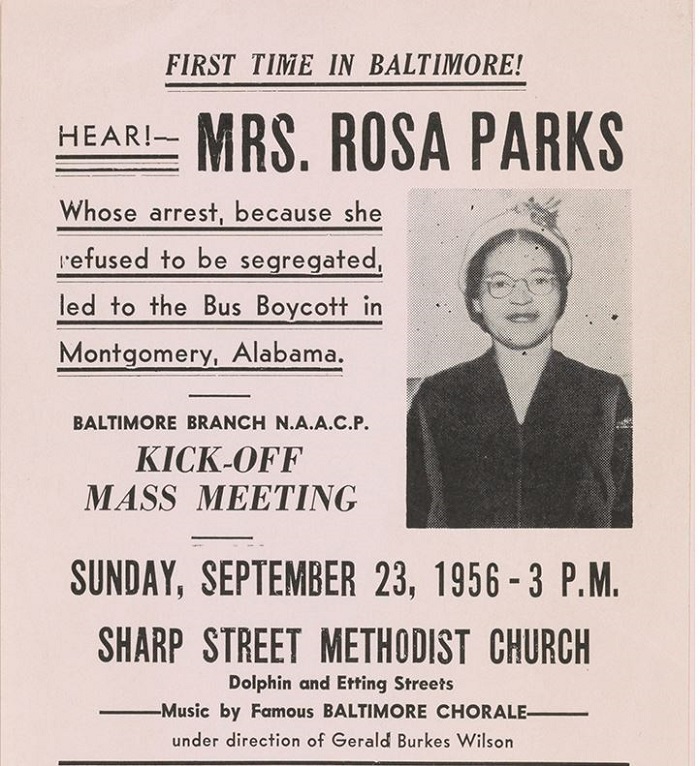 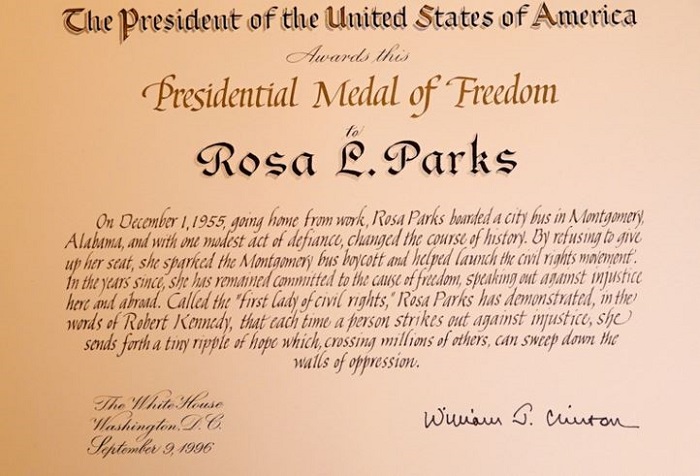 Presidential Medal of Freedom given to Rosa Parks. Photo:Library of Congress 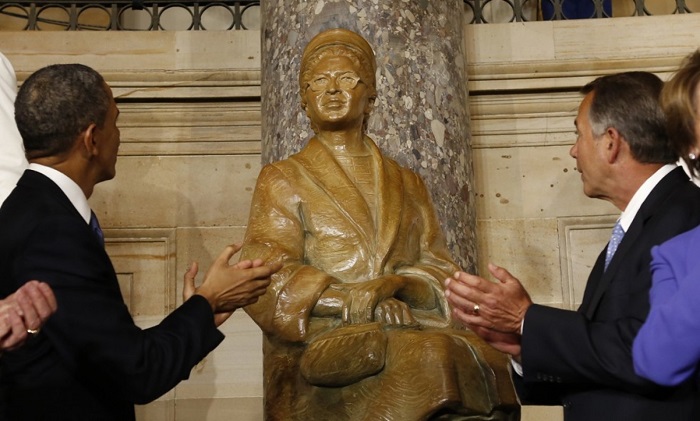 Late US civil rights leader Rosa Parks has been honored with a commemorative statue in the US Capitol building in Washington DC. Photo:Reuters