In the second weekend of "yellow vest" protests across France, police fired tear gas and used water cannons against demonstrators in Paris.

Several thousand French citizens, angry over rising fuel costs and President Emmanuel Macron's economic policies, have been protesting for more than a week. The protesters wear fluorescent yellow jackets as a symbol of their resistance, which all motorists in France must have in their cars in case of emergencies.

Alongside the tax on diesel and petrol, which has hit impoverished citizens hardest, the government has offered incentives to buy green or electric vehicles as well as a shift to more environmentally friendly transport.

Since taking office Macron has been chided by political opponents, including trade unions, pensioners, and general citizens, as "the president of the rich." His popularity has dwindled to new lows of 21 percent. 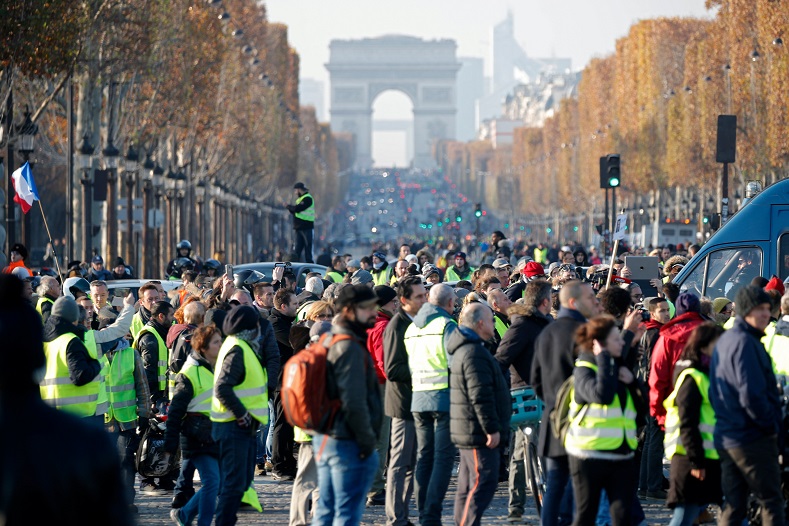 Protesters sang the national anthem and waved French flags while others carried signs with slogans that read "Macron, resignation" and "Macron, thief." The "yellow vest" movement, named after the high-visibility jackets worn by protesters, is the latest to rattle Macron's government. Photo:Reuters 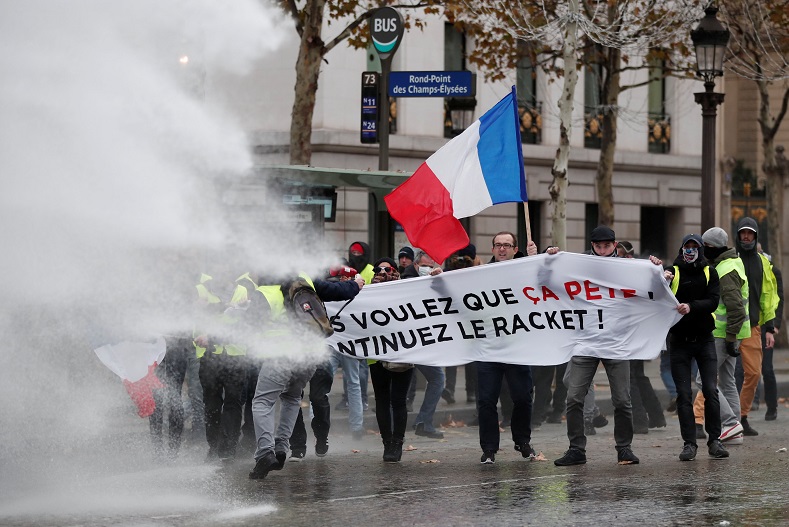 Police used tear gas and water cannons in an attempt to disperse the protesters. The protests have evolved into a broader opposition front to President Emmanuel Macron. Photo:Reuters 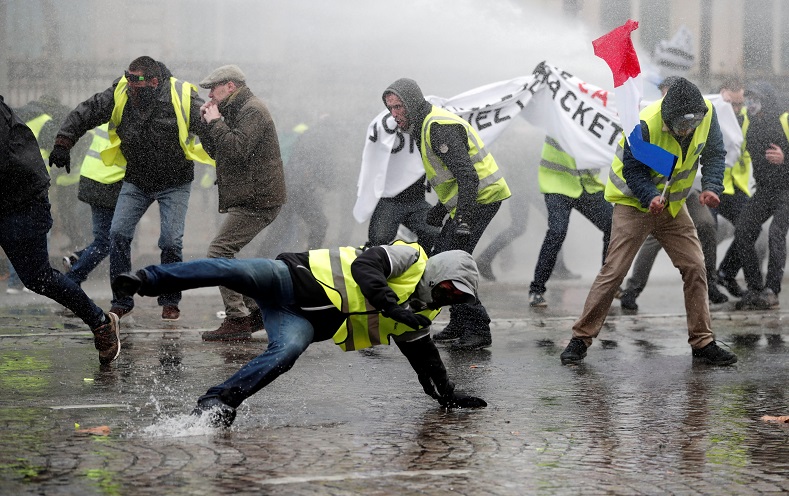 A protester falls as a crowd is struck by a water cannon. At least 18 people have been detained, according to police. Photo:Reuters 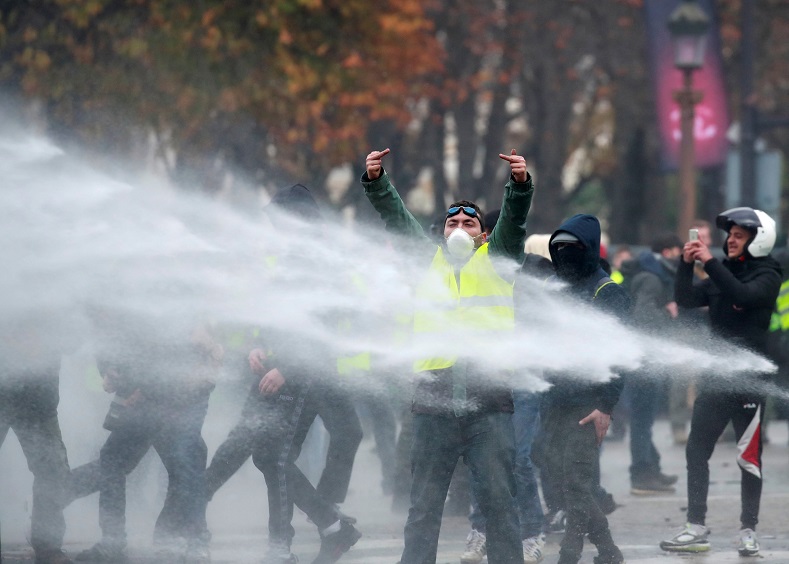 A protester gestures to police forces as a water cannon sweeps through a crowd in Paris. On Avenue de Friedland, police also fired rubber pellets against demonstrators. Photo:Reuters 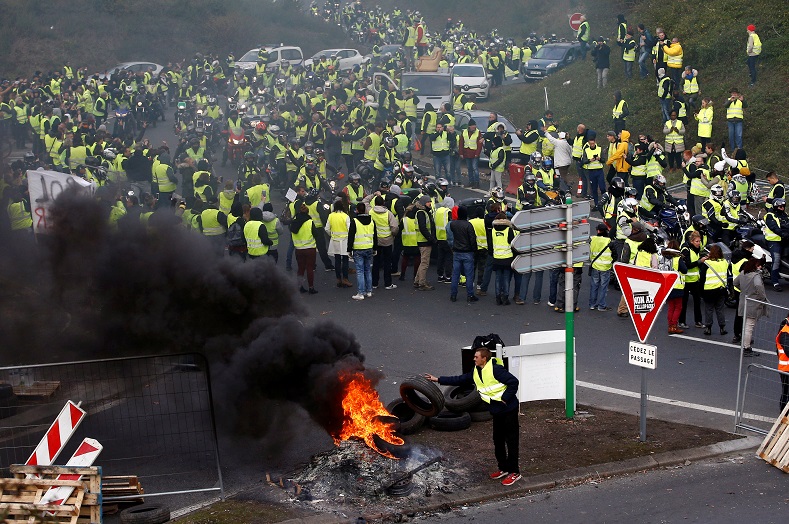 Demonstrators have blocked highways across the country with burning barricades and convoys of slow-moving trucks. Photo:Reuters 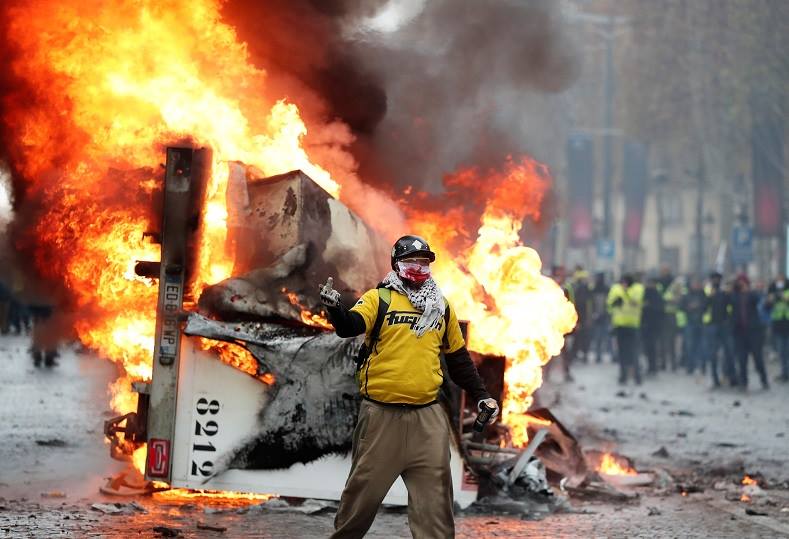 A protester gestures in front of a trailer that was set on fire and exploded on the Champs Elysees, where around 5,000 protesters had converged. Photo:Reuters 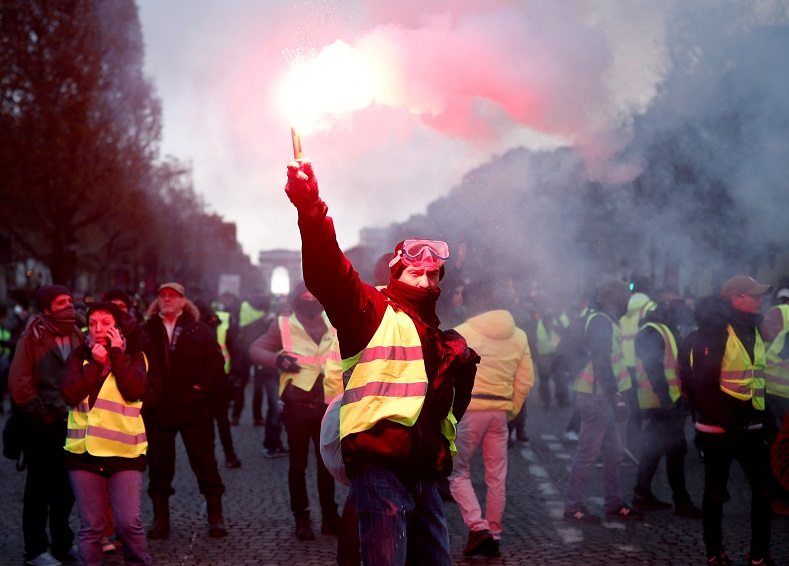 According to Paris police authorities, Saturday’s events were linked to the "presence of members of the far-right who harassed the security forces." Photo:Reuters 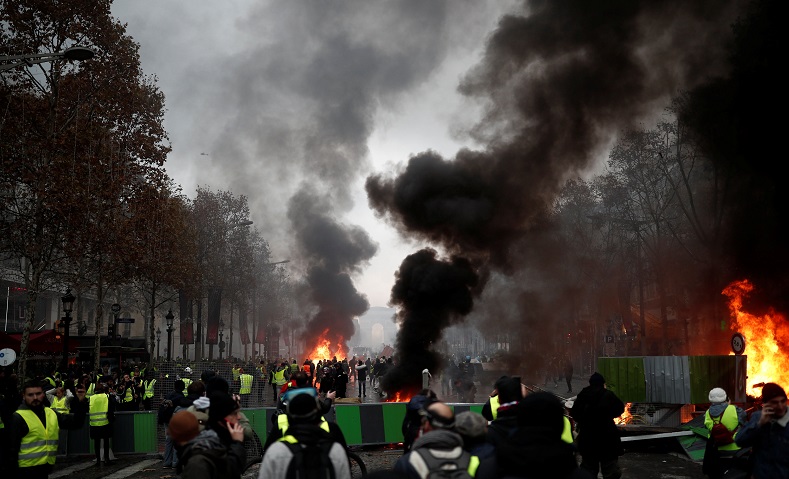 Interior Minister Christophe Castaner has accused far-right leader Marine Le Pen of helping to incite the protests. "The ultra-right is mobilized and is building barricades on the Champs Elysees. They are progressively being neutralized and pushed back by police," he said. Photo:Reuters