As the water level in the Paraguay River continues to rise toward crisis levels, 65,000 people, or about 13,000 families, have been evacuated from poor neighborhoods in the the capital city Asuncion. 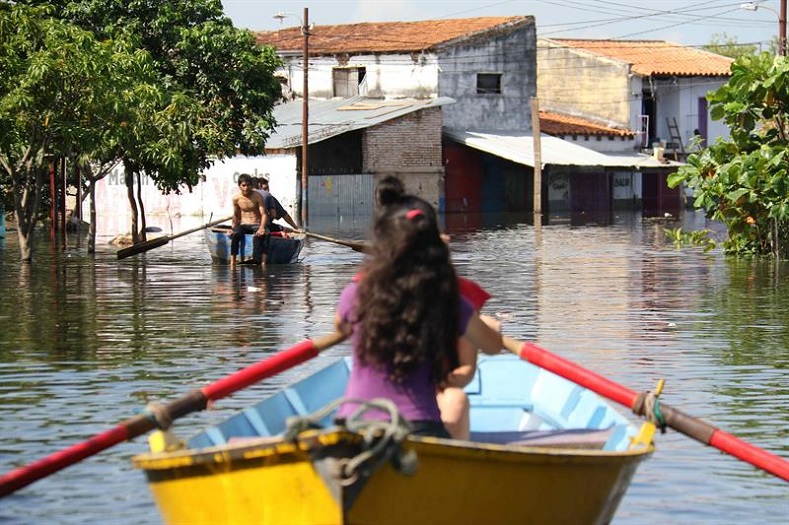 Residents use wooden boats to navigate flooded streets in Asuncion on Dec. 16, 2015. Photo:EFE 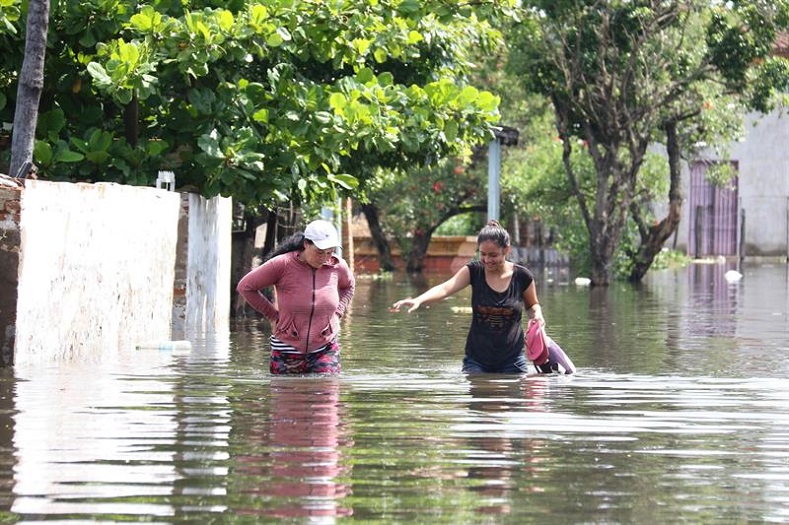 Two women walk in a waist-high flooded street in Asuncion on Dec. 16, 2015. Photo:EFE 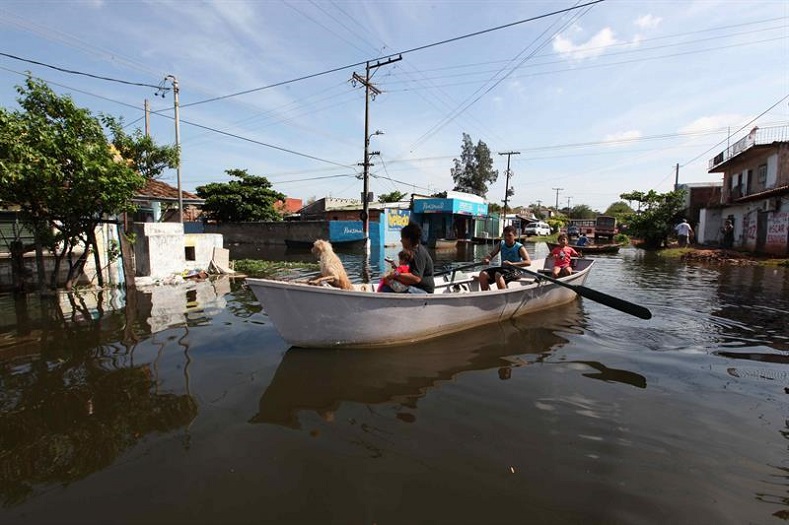 Thousands of affected people facing homelessness and a lack of government support have occupied public places as a form of refuge. Photo:EFE 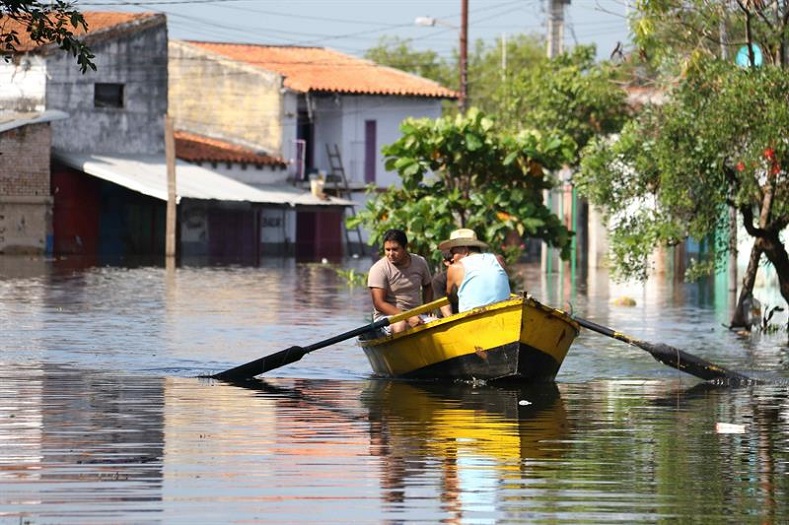 The water level in the Paraguay River has surpassed 23 feet (7 meters), some 10 feet above normal levels. Photo:EFE 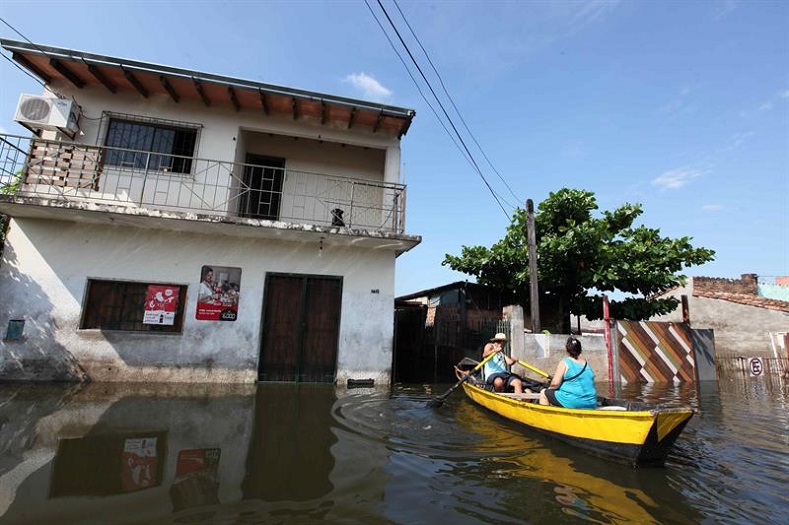 Community members have accused the government of only providing unsafe shelters, making it difficult for families with children to relocate to limited shelter spaces. Photo:EFE 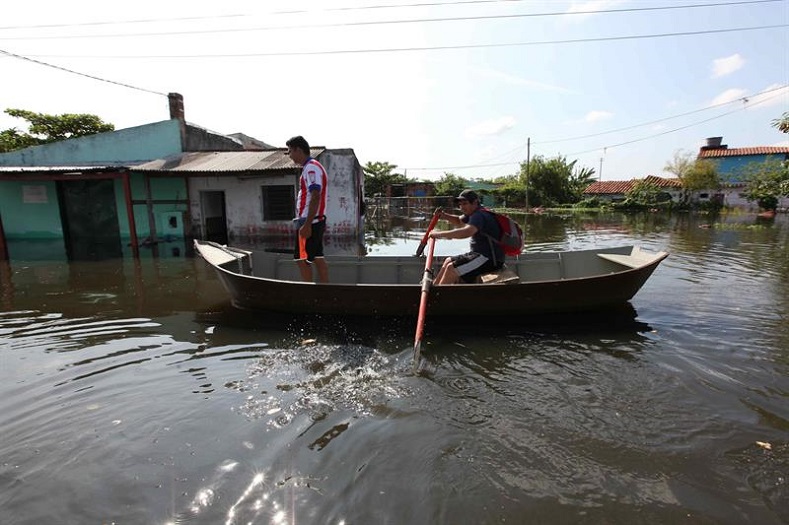 A onslaught of frequent torrential downpours has hit the poorest parts of Asuncion the hardest. Photo:EFE 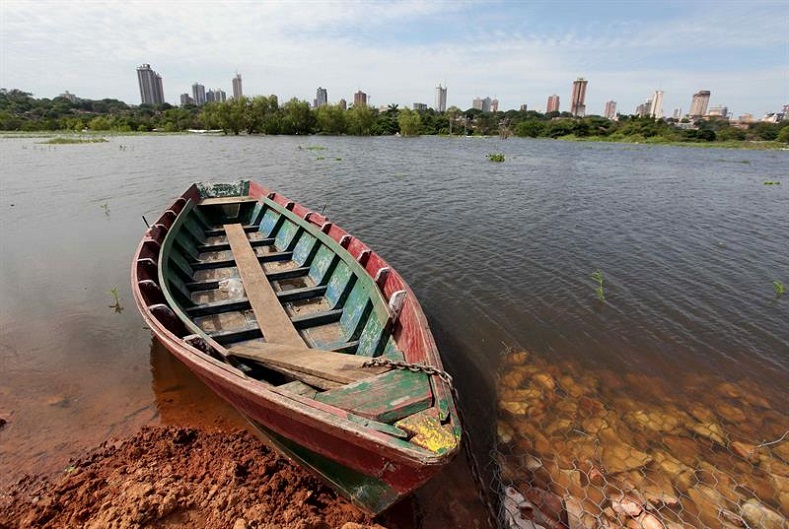 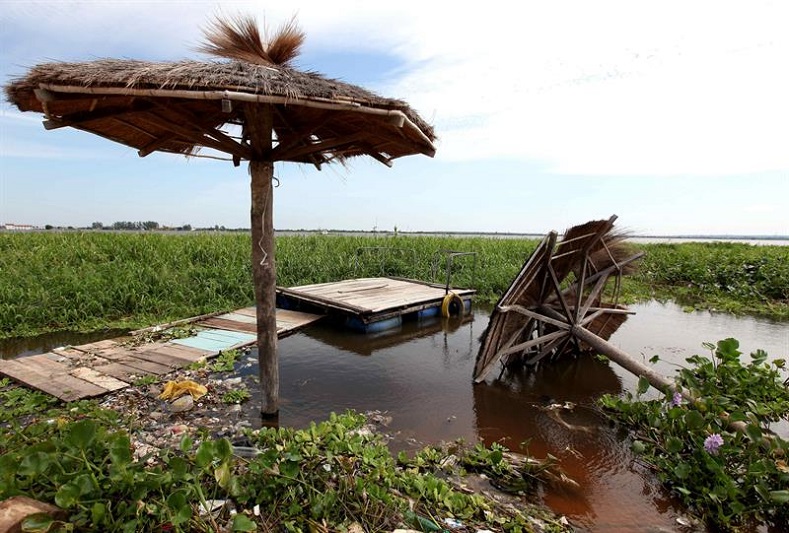 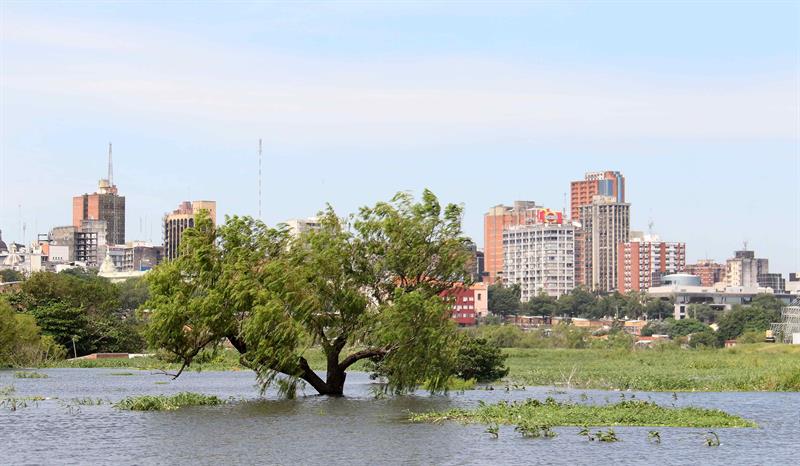 The rising river increasingly consumes a tree in an Asuncion neighborhood on Dec. 18, 2015. Photo:EFE 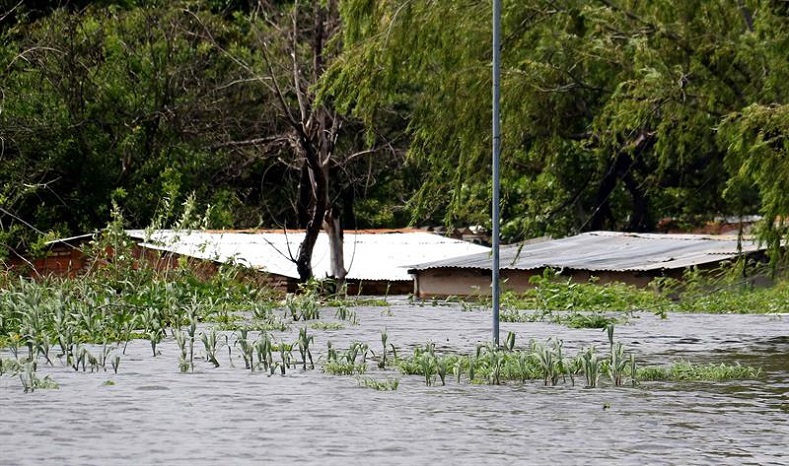 The high levels of rainfall, brought on by a particularly strong El Niño effect this year, has impacted communities across the country. Photo:EFE 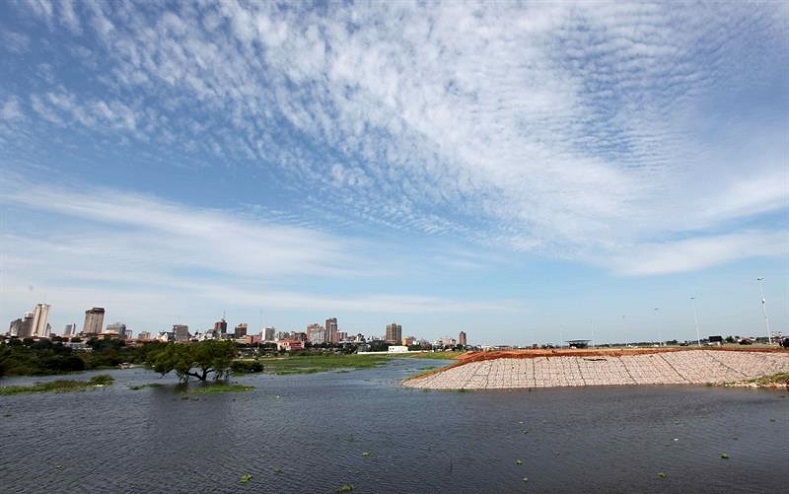 A neighborhood swallowed by the rising river level in Asuncion. Photo:EFE 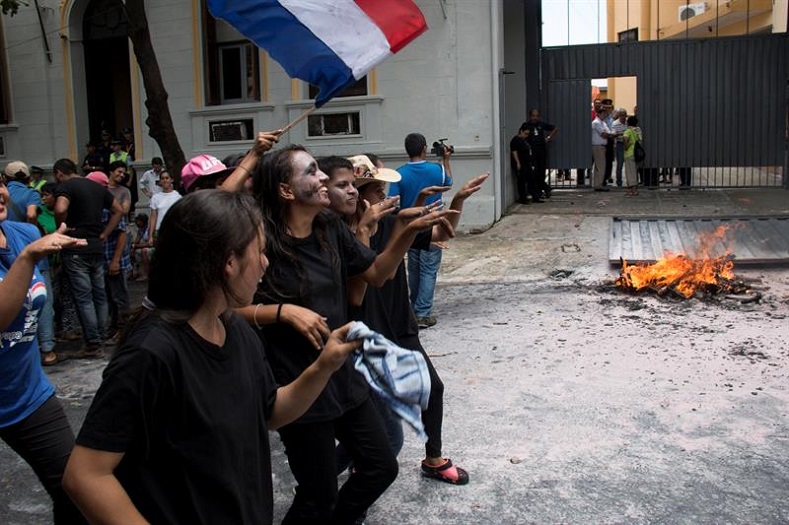 Demonstrators protest the lack of government assistance for those impacted by the floods on Dec. 18, 2015. Photo:EFE 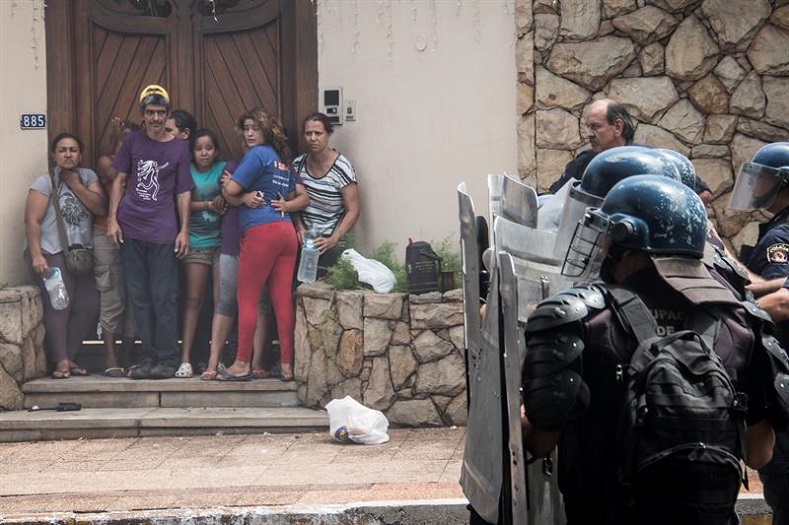 Residents look on as riot police control protesters in Asuncion on Dec. 18, 2015. 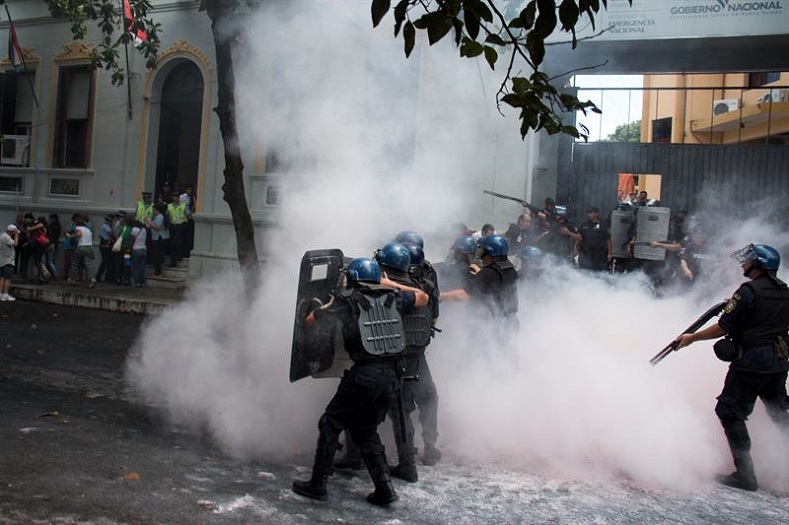