London police on Tuesday arrested over 500 Extinction Rebellion (XR) peaceful environmental activists who were performing civil disobedience to push for more to be done to protect the environment.

Over the lasts two weeks, XR demonstrations have been taking place in several cities in Ireland, Germany, Austria, Australia, France and New Zealand as it lobbies politicians to go further in cutting carbon emissions.

The protests are the latest stage in a global campaign for tougher and swifter steps against climate change coordinated by the group, which rose to prominence in April when it snarled traffic in central London for 11 days.

On Tuesday some protesters lay down in the road outside parliament whilst others dressed in colorful costumes or brought tree saplings to give to lawmakers.

"We’re just ordinary people trying to express our deep disappointment with how slow the process of getting climate change action to occur is taking place, with the government not really listening, not really taking it forward on the scale it needs to be taken," Diana Jones said.

Extinction Rebellion wants the U.K to reduce greenhouse gas emissions to zero by 2025 rather than the government's 2050 target. 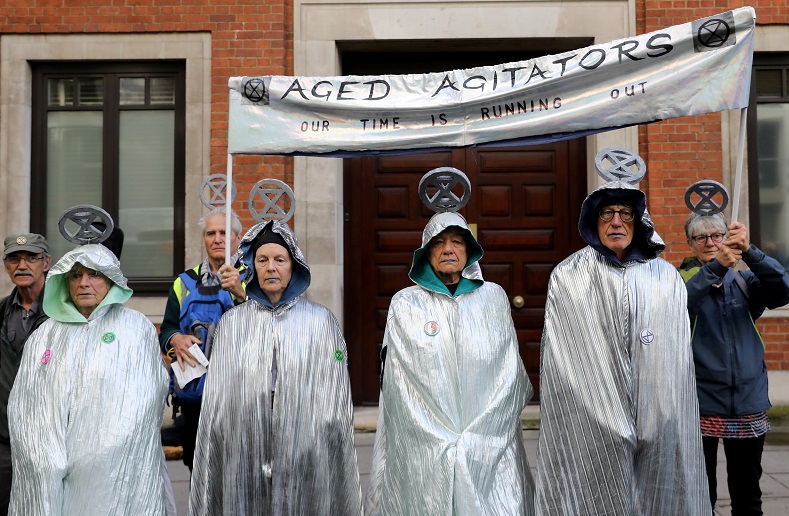 XR activists dressed in green suits demonstrate outside the Houses of Parliament in London. Photo:Reuters 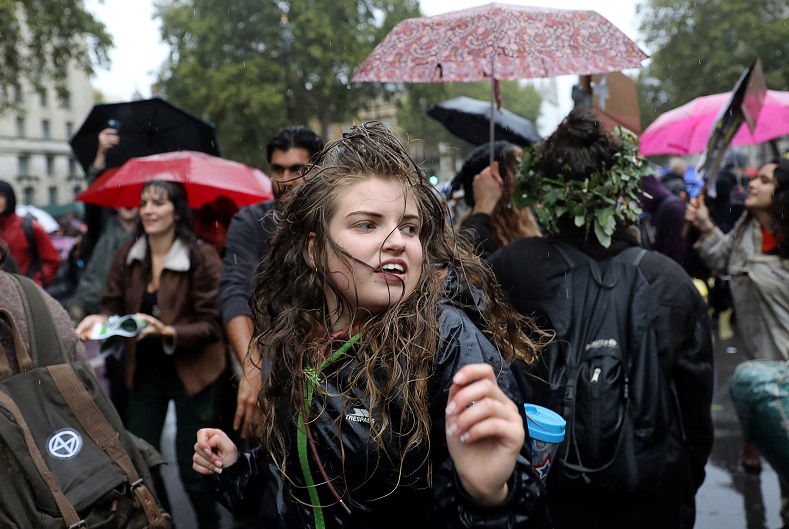 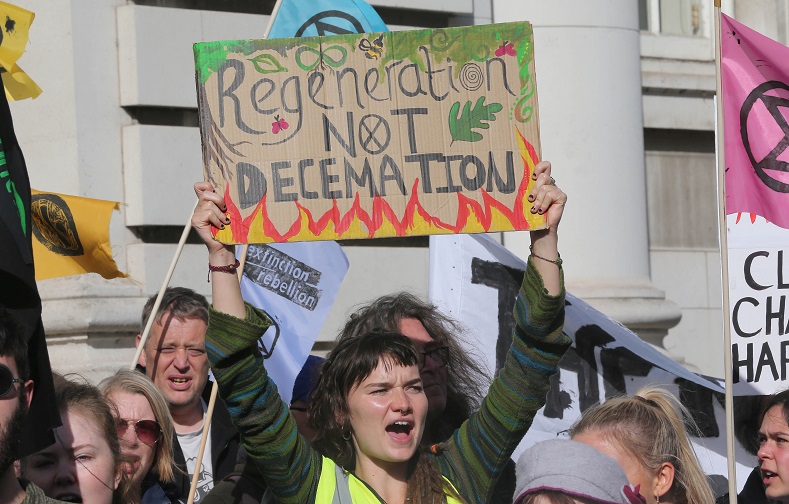 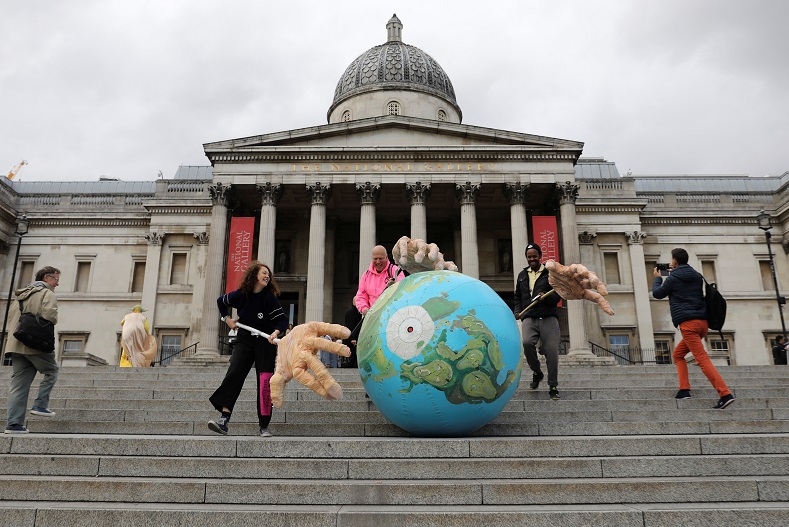 "Government is failing us and committing us to disaster. Time is running out" was one of the XR's key messages at Trafalgar Square in London. Photo:Reuters 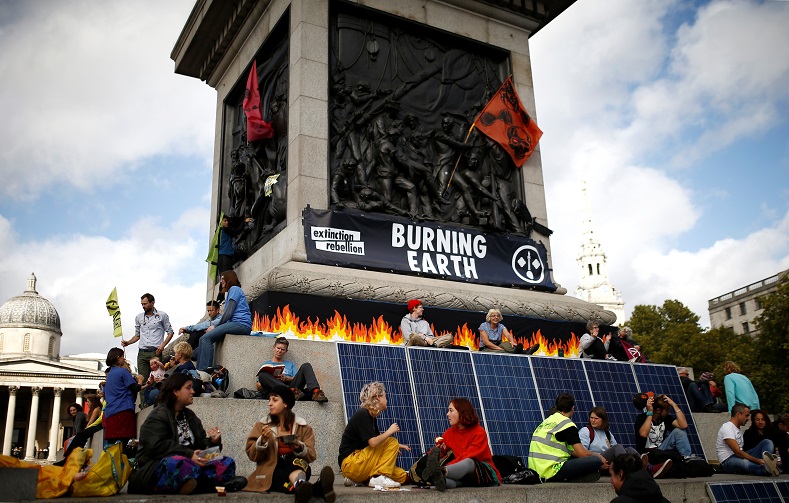 “We call upon the government to declare a climate emergency. Tell The Truth. Commit to decarbonise & halt wildlife loss by 2025. Act Now,” XR activists said at Trafalgare Square in London. Photo:Reuters 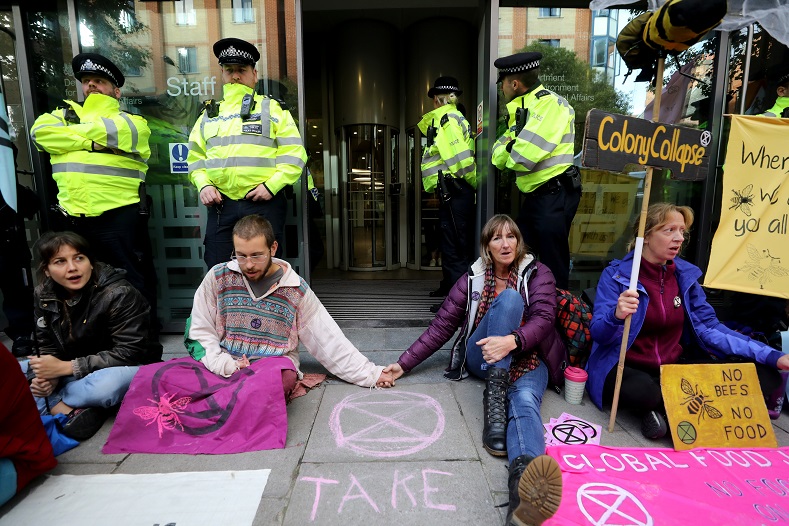