The colorful parade was first listed by Guinness as the world's biggest LGBT Pride celebration in 2006.

This year's theme was "Independent of our Beliefs, No Religion is Law! All for a Secular State," and was organized by the Sao Paulo branch of the Association of the LGBT Pride Parade, Brazil's national LGBT organization.

The event drew up to three million people, according to organizer's estimates, while the first Sao Paulo Pride parade, nine years ago, drew 2,000 participants. 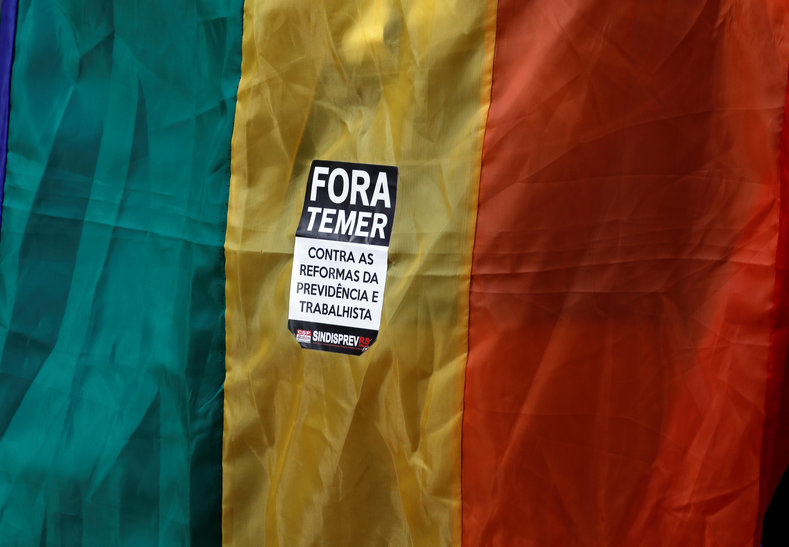 A sticker calling for senate-imposed president Michel Temer's ouster is seen on a rainbow flag during the LGBT Pride parade along Paulista Avenue. Photo:Reuters 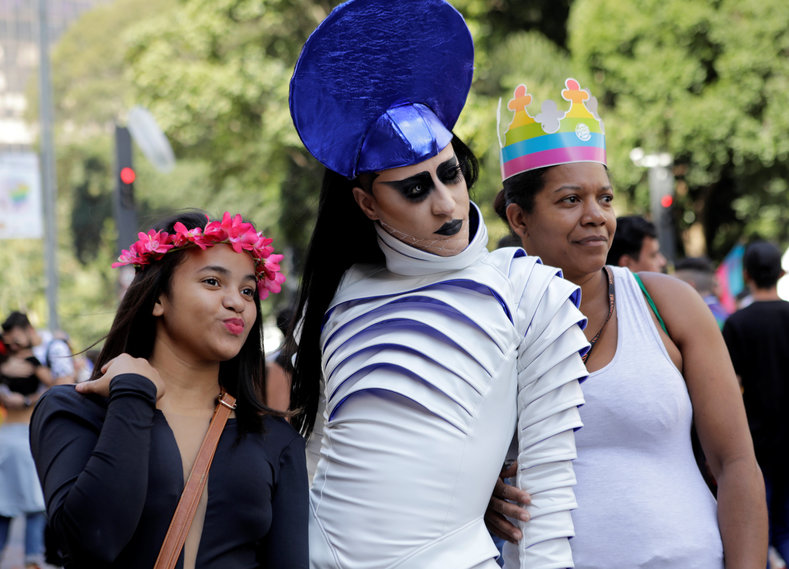 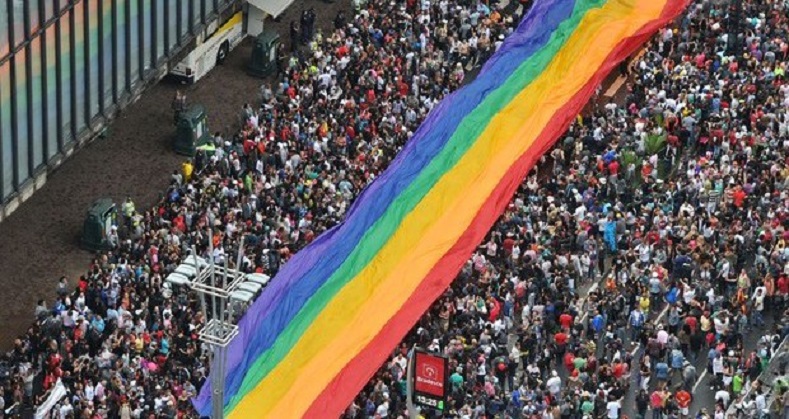 Every year the parade winds down the central Paulista Avenue on its way downtown. Photo:Reuters 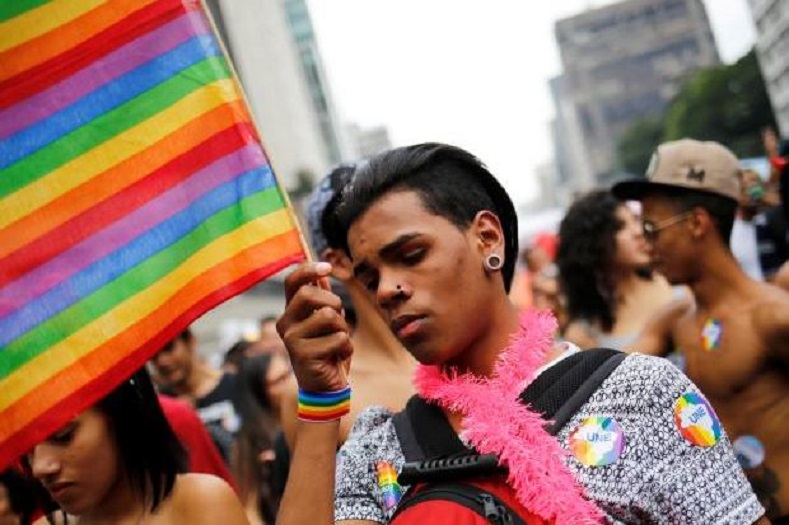 LGBTs take to the streets of Sao Paulo. Photo:Reuters 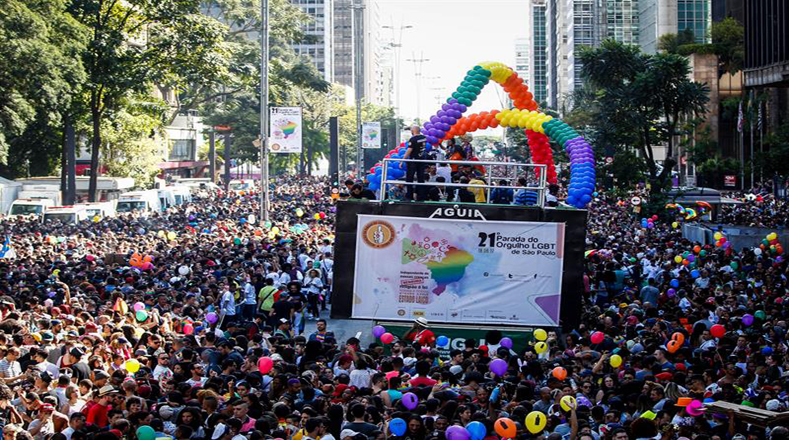 The biggest Pride parade in the world, Sao Paulo has drawn up to four million people in 2009. 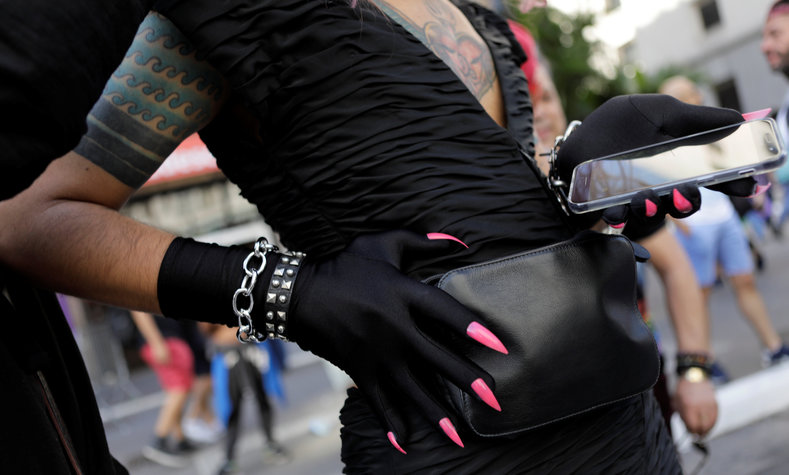 This year's theme was organized by the Sao Paulo branch of the Association of the LGBT Pride Parade, Brazil's national LGBT Pride group. Photo:Reuters 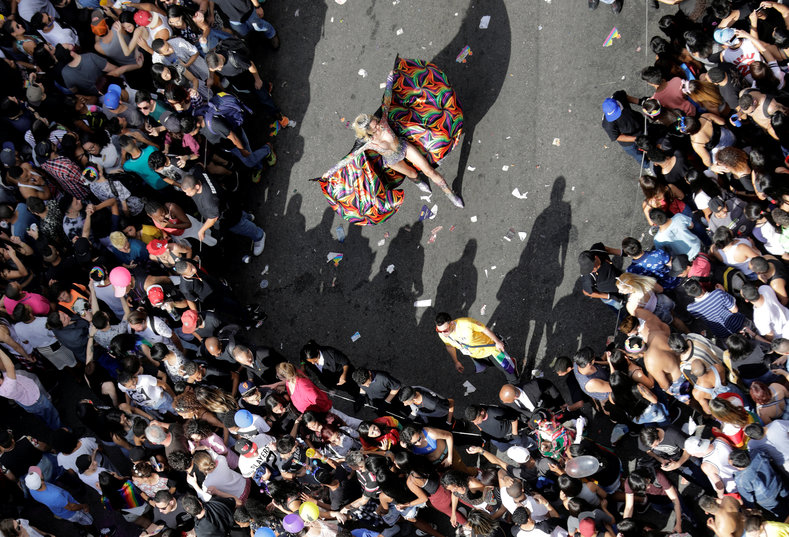 Revelers heading down the central Paulista Avenue on their way to the downtown area. Photo:Reuters