As opposition supporters protested in the streets of Caracas, pro-government Chavistas came out to show their support for President Maduro and to defend the Bolivarian Revolution.

Thousands of pro-government supporters staged a counter rally to defend President Nicolas Maduro after the right-wing opposition called for a "taking of Caracas" march to demand Maduro's ouster.

The Chavistas gathered in front of the presidential palace Miraflores in Caracas Wednesday where President Maduro gave a speech on the achievements of the Bolivarian Revolution and the importance of defending it. 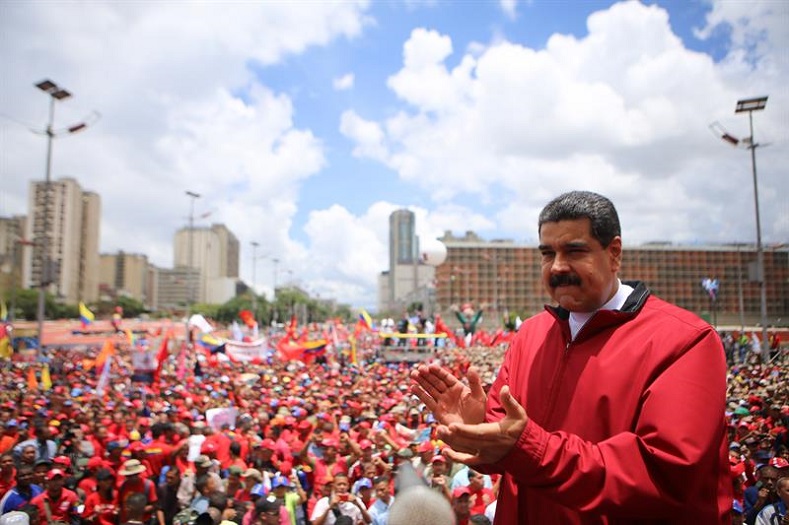 President Nicolas Maduro addresses a crowd of government supporters, eager to defend the government against opposition calls for a recall referendum. Photo:EFE 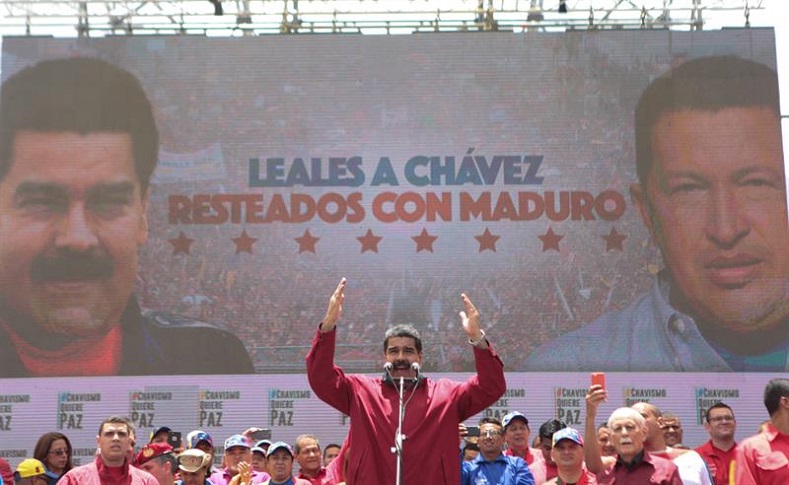 President Maduro spoke to the masses outside the presidential palace Miraflores, encouraging them to defend the Bolivarian Revolution. Photo:EFE 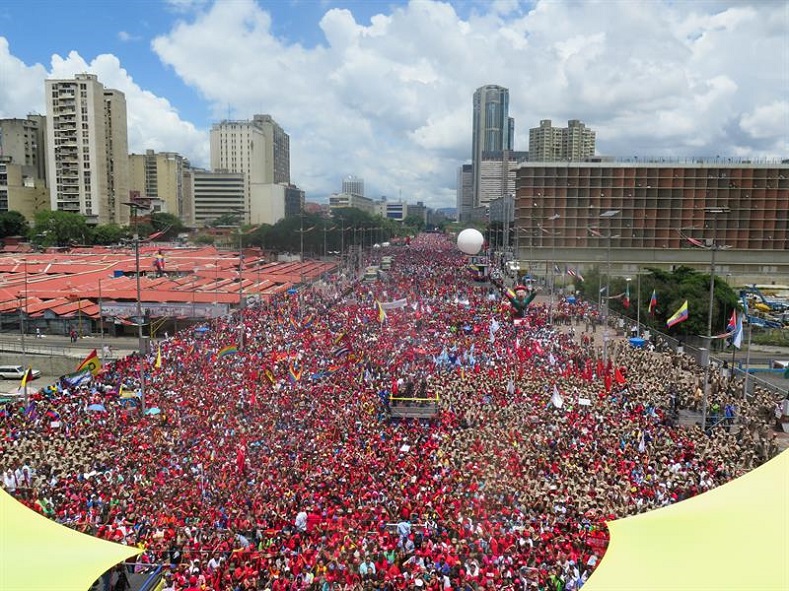 While opposition supporters promised to "take Caracas," Chavistas gathered to express support for President Maduro and the social gains achieved under his government. Photo:EFE 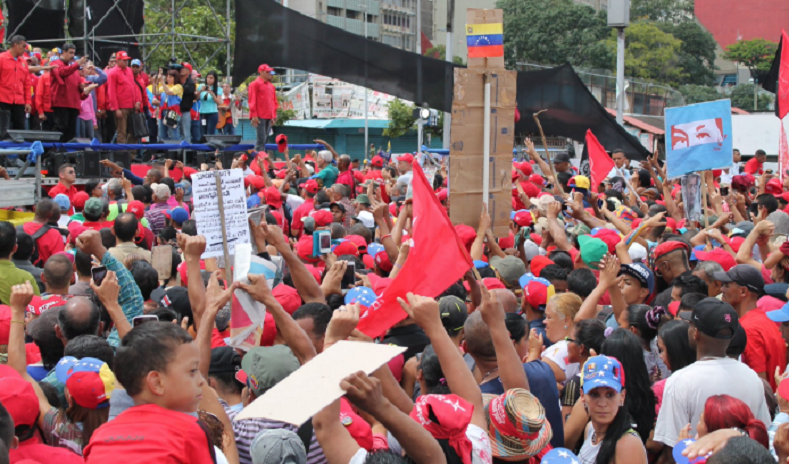 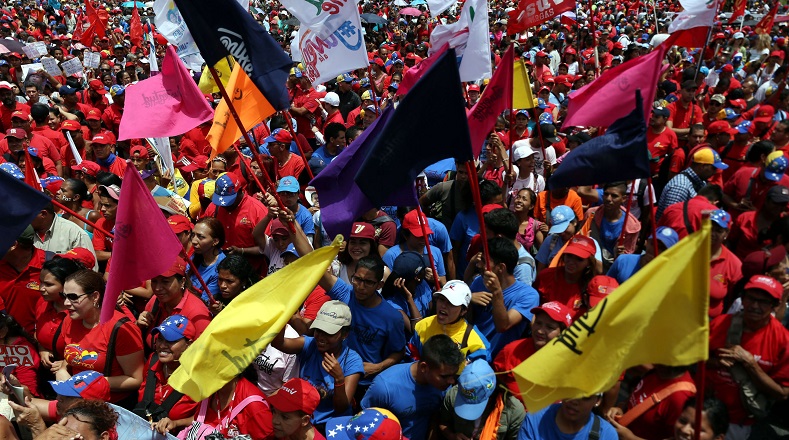 Chavistas waved signs with messages declaring their allegiance to the Maduro government. Photo:teleSUR 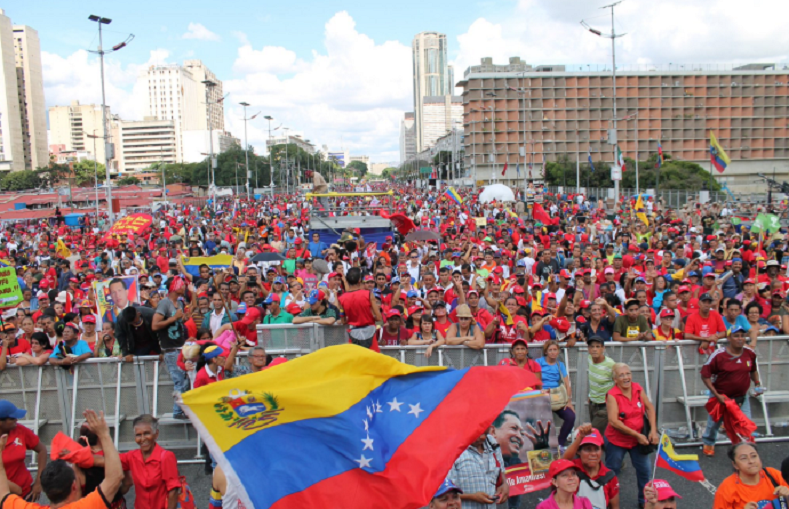 Thousands of people flooded down the Avenida Bolivar to the center of Caracas. Photo:teleSUR / Reagan Des Vignes 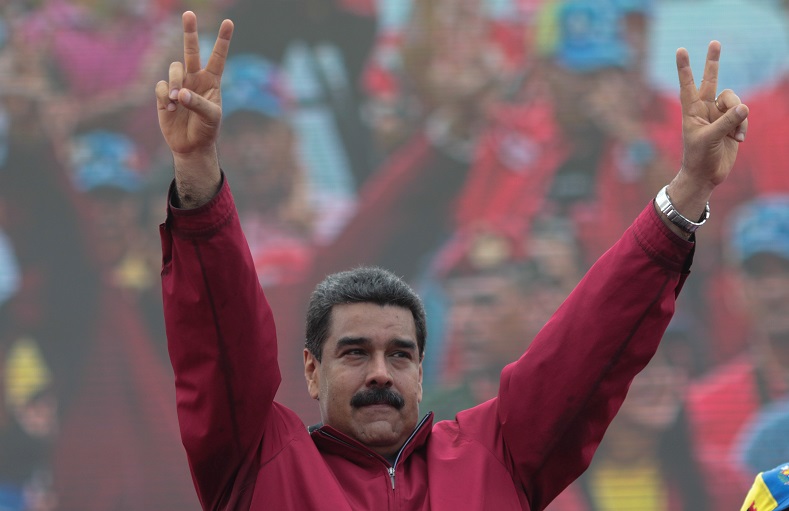 President Maduro thanks his supporters for defending the Bolivarian Revolution and encouraged them to continue to defend Venezuela's democracy. Photo:Reuters