At least 373 people have been killed as a tidal wave hit beaches around Sunda Strait in Indonesia Saturday night, according to the country's Disaster Mitigation Agency. More than 1,400 have been injured.

The Indonesian Meteorology, Climatology, and Geophysical Agency (BMKG) said the wave was the result of volcanic activity at Mount Krakatoa. The Tsunami Alert Center of the National Oceanic and Atmospheric Administration (NOAA) had not reported any possibility of a tsunami. A high-tide warning was extended to Wednesday.

Indonesian military and rescue teams fanned out across a stretch of coastline Monday, hoping to find survivors. Rescuers using heavy machinery and their bare hands searched through debris, pulling out bodies in the worst-affected areas on the west coast of Java island, where hundreds of soldiers and volunteers looked for victims along a 100 km (60 miles) stretch of shore. 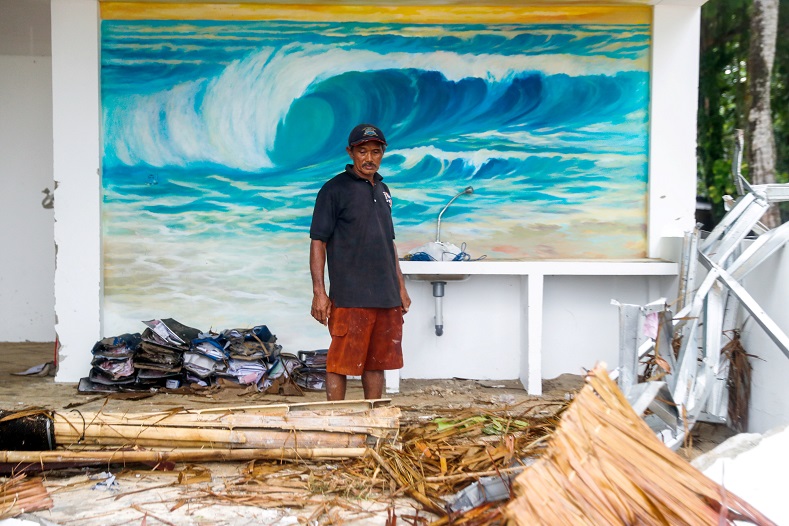 A worker stands in front of a mural inside a destroyed resort bar hit by the tsunami in Tanjung Lesung, Banten province, Indonesia. Photo:Reuters 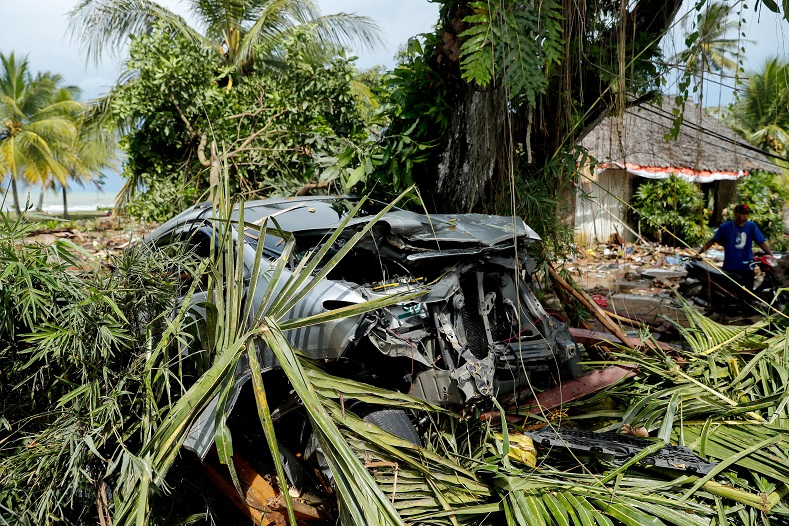 A destroyed car is seen after the tsunami hit Indonesia. Photo:Reuters 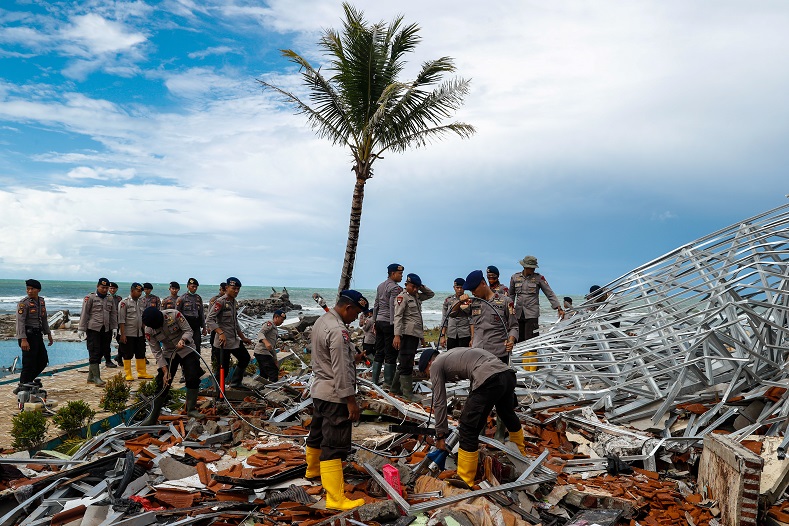 Police officers search for victims among the rubble of a destroyed beachfront hotel. Photo:Reuters 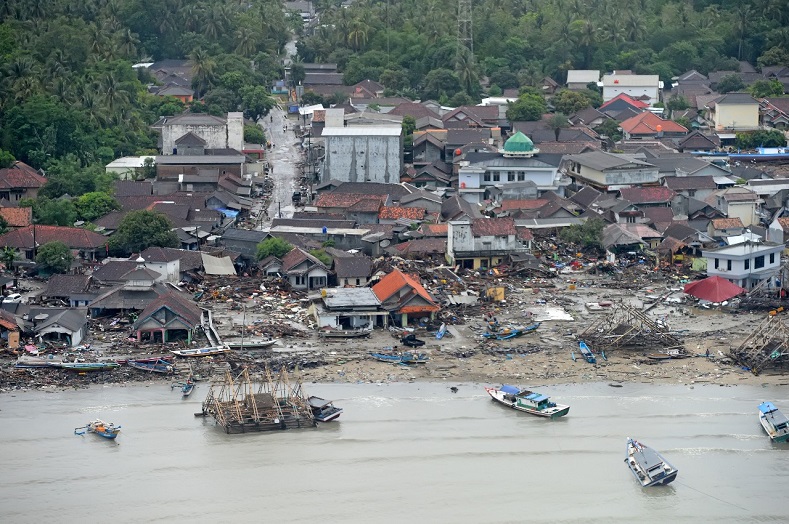 An aerial view of an affected area after the tsunami hit the coast of Pandeglang. Photo:Reuters 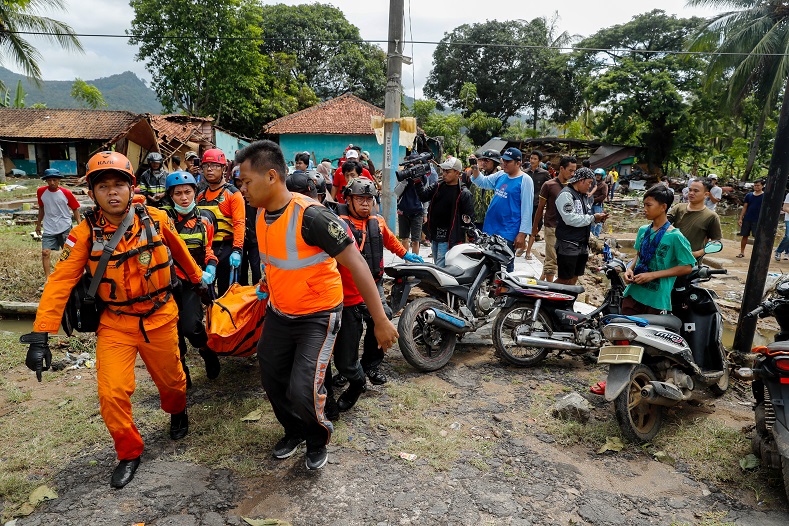 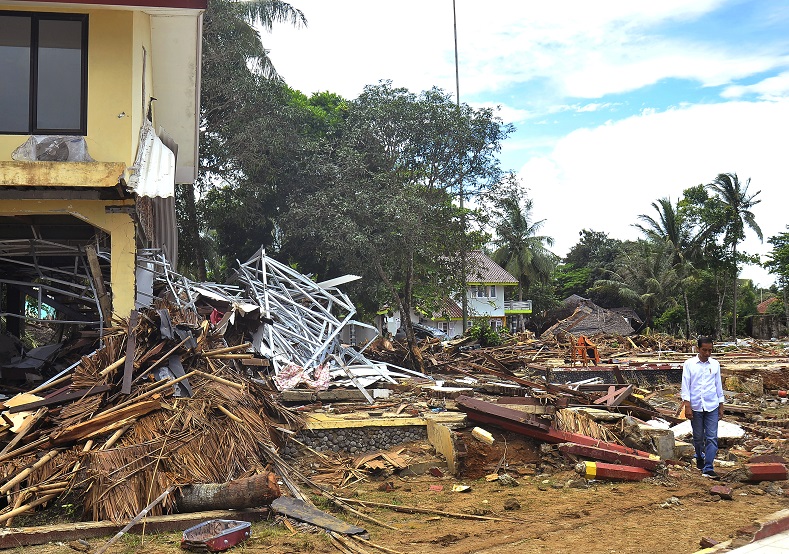 Indonesian President Joko Widodo walks among the debris as he visits an area affected by the tsunami at Carita district. Photo:Reuters 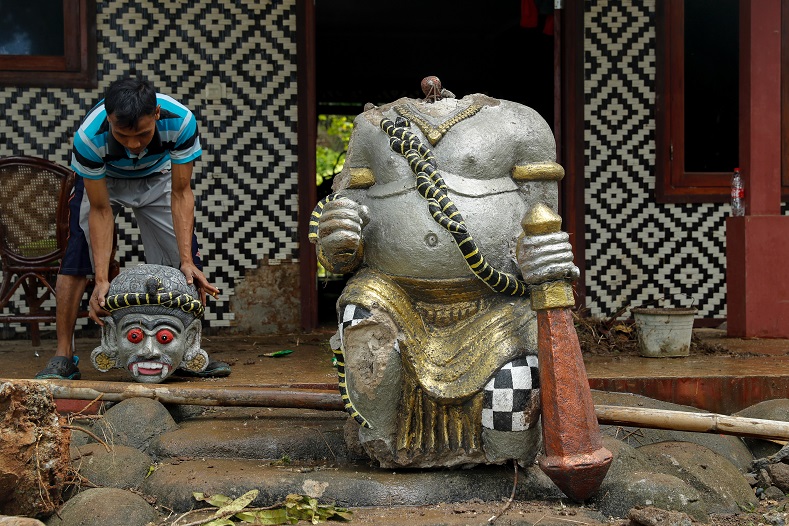 A worker lifts up the head of destroyed statue at the beachfront hotel. Photo:Reuters 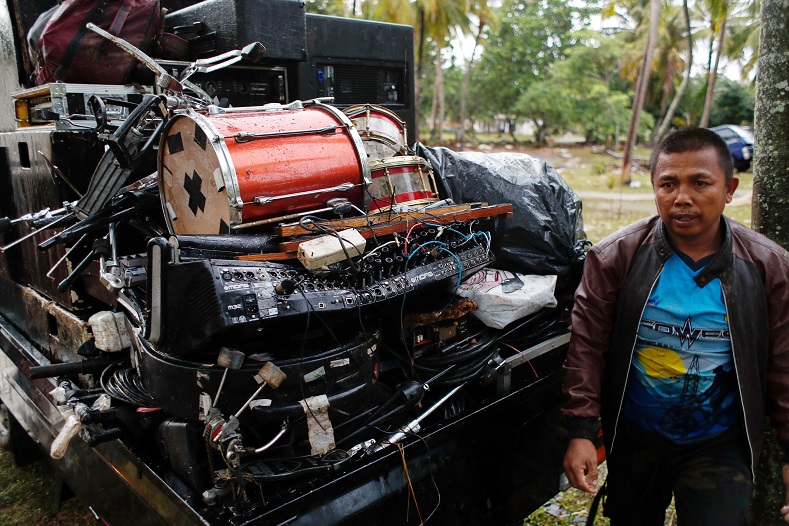 A worker stands next to destroyed musical instruments belonging to a rock band Seventeen at a resort which was hit by the tsunami. Photo:Reuters