IN PICTURES: The "Take a Knee" protests were widespread throughout the NFL Sunday, including The Baltimore Ravens playing in the United Kingdom.

Sunday saw the largest protest from NFL players yet, as some 24 players from the Baltimore Ravens took a knee at Wembley Stadium in London during the U.S. national anthem, while players from the Jacksonville Jaguars and other Ravens players, who did not kneel, locked arms throughout.

The players were responding to U.S. President Donald Trump's insults and threats against those athletes who choose to take a knee to protest racism in the United States.

teleSUR takes a look at some of these historic protests by U.S. professional athletes. 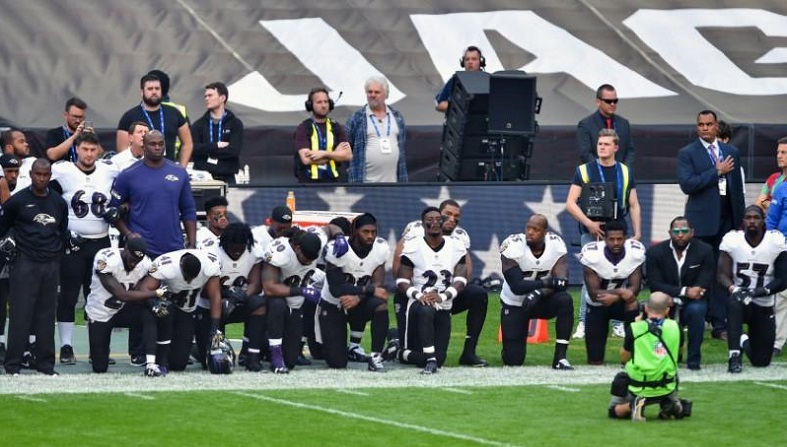 Some 24 Baltimore Ravens took a knee in London, making it the largest protest to date. Photo:Reuters 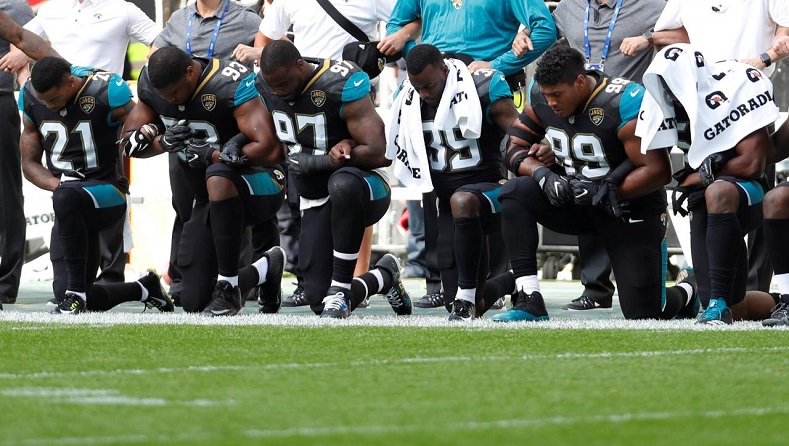 The NFL Players Association has defended its players saying they have the right to peacefully protest and raise social consciousness. Photo:Reuters 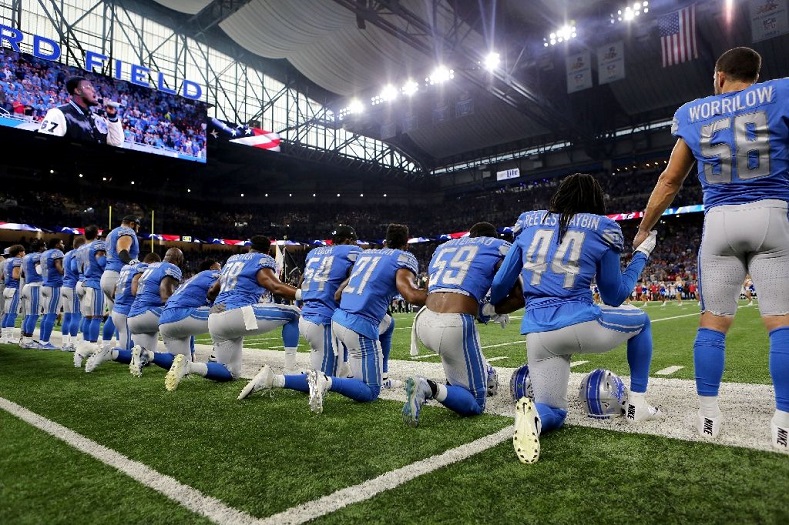 Members of the Detroit Lions take a knee during the playing of the national anthem. Photo:AFP

During a visit to the southern state of Alabama Friday, Trump attacked NFL players, calling them “sons of bitches” for choosing to kneel during the national anthem. Photo:Reuters 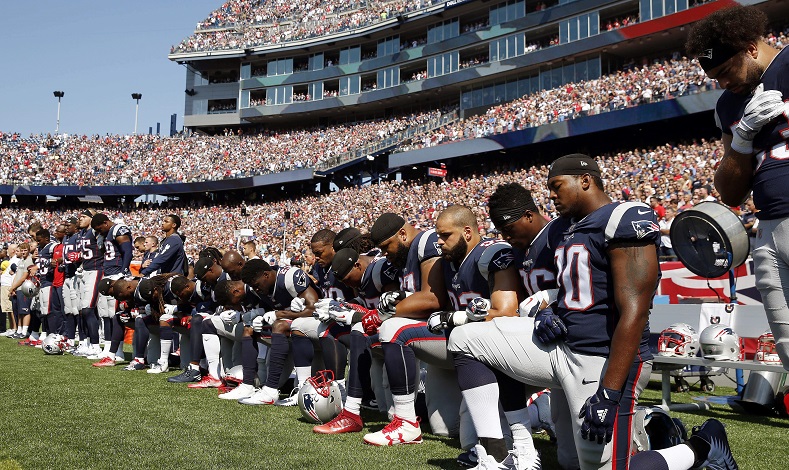 Members of the New England Patriots kneel on the sidelines as the national anthem is played before a game against the Houston Texans in Foxboro, Massachusetts. Photo:AFP 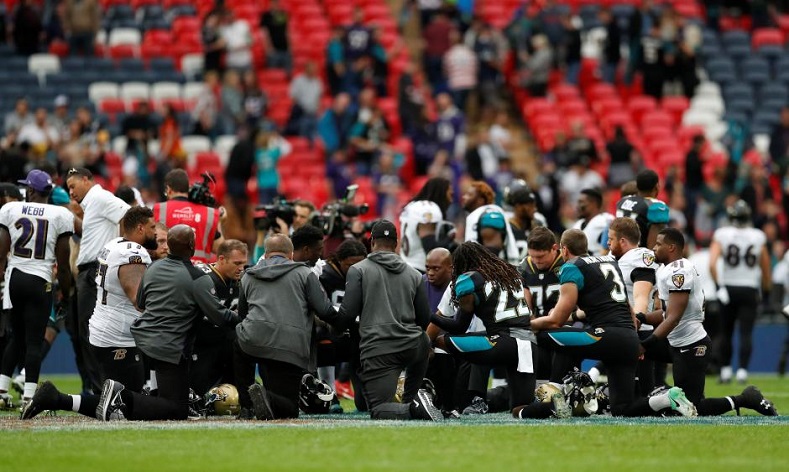 Jacksonville Jaguars and Baltimore Ravens form a circle as they kneel during national anthem in London. Photo:Reuters 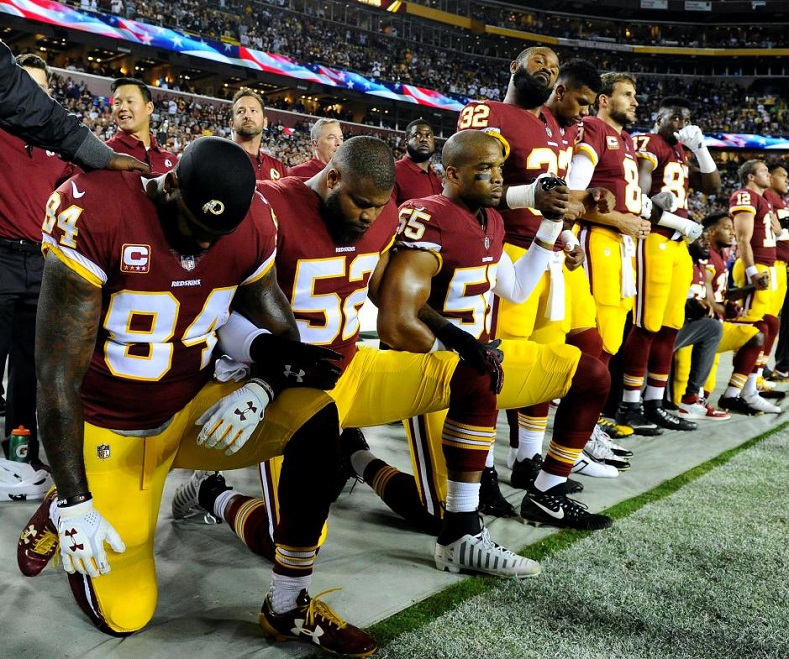 Some embers of the Washington team took a knee in protest. Photo:Reuters 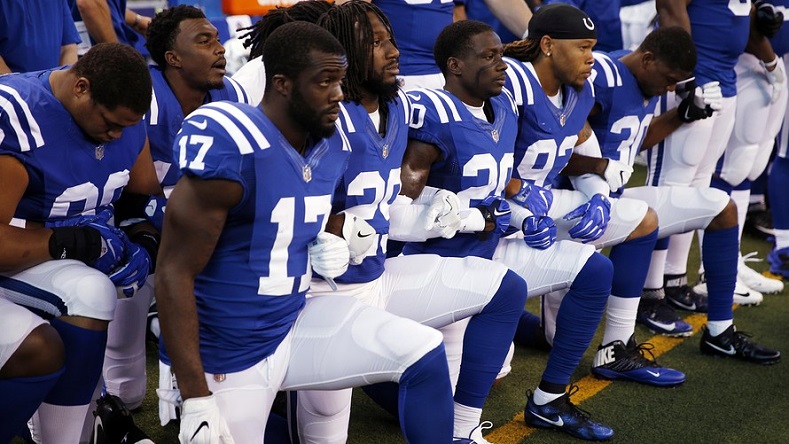 Indianapolis Colts players kneel during the playing of the national anthem. Photo:Reuters 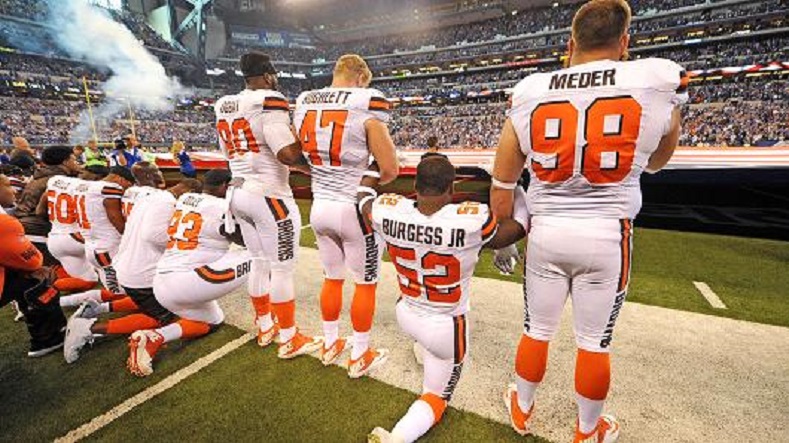 The Cleveland Browns team stand and kneel during the National Anthem before the start of their game against the Indianapolis Colts at Lucas Oil Stadium. Photo:Reuters