IN PICTURES: On the anniversary of Cuban revolutionary leader Fidel Castro's death, teleSUR takes a look at a remarkable life that has left an indelible imprint on Cuba, Latin America and the world.

On Nov. 25, 2016, Fidel, who led Cuba’s July 26 Movement in its struggle against the U.S.-backed Batista dictatorship, died. Cuba would eventually win that battle in 1959 and liberate a long-suffering people from imperialist domination.

For decades, from Venezuela to South Africa, his words and actions have inspired millions around the world.

During his five decades of statesmanship, he also earned the ire of the United States, surviving more than 600 assassination attempts. 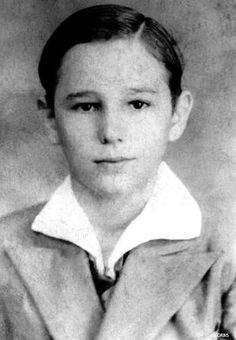 Fidel Alejandro Castro Ruz was born on Aug. 13, 1926 at out at his father's farm in Oriente Province. At age six, Fidel was sent to live with his teacher in Santiago de Cuba. Photo:Archive 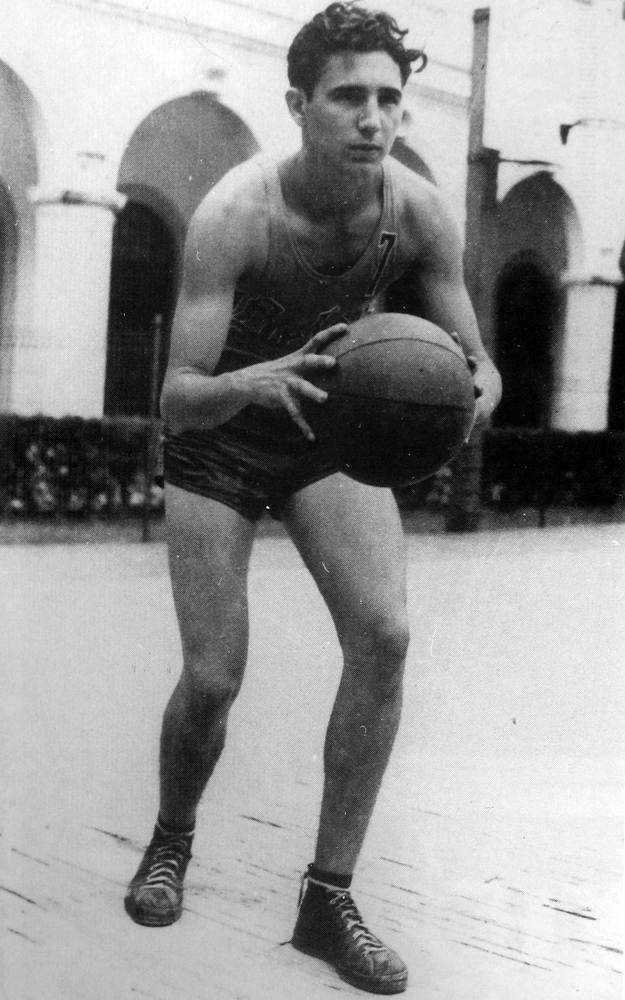 As a youth, Fidel took an interest in sports, something that he would retain for rest of his life. He also became politically involved as a student, campaigning for the presidency of the Federation of University Students and later traveling to the Dominican Republic to support anti-Trujillo movements as well to Colombia for a continental meeting of students. Photo:Archive 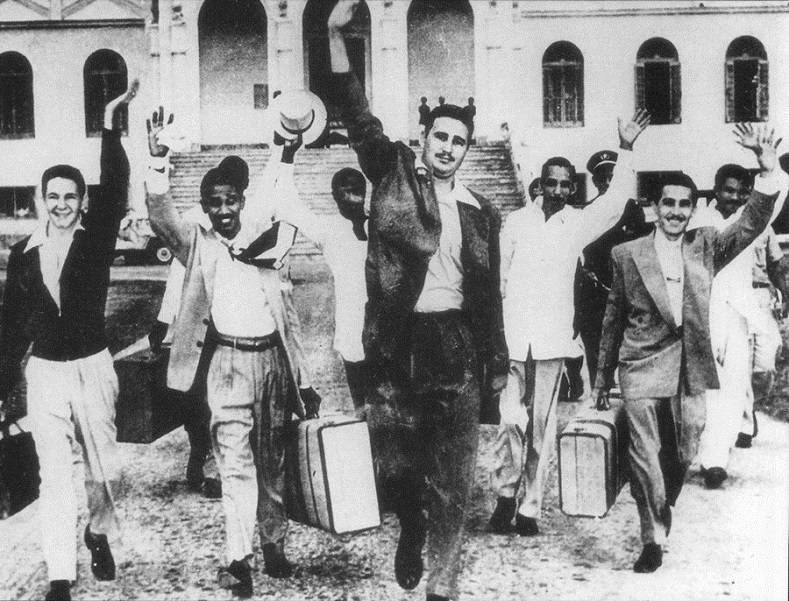 Raul Castro (far left), Fidel Castro (center) and other Moncada rebels released from prison in May 1955. While in law school, Fidel organized a movement that sought to inspire a rebellion against the Batista regime. The armed assault on the Moncada police barracks in 1953 failed, but it helped to launch the movement that would lead to the victory of the revolution. Photo:Archive 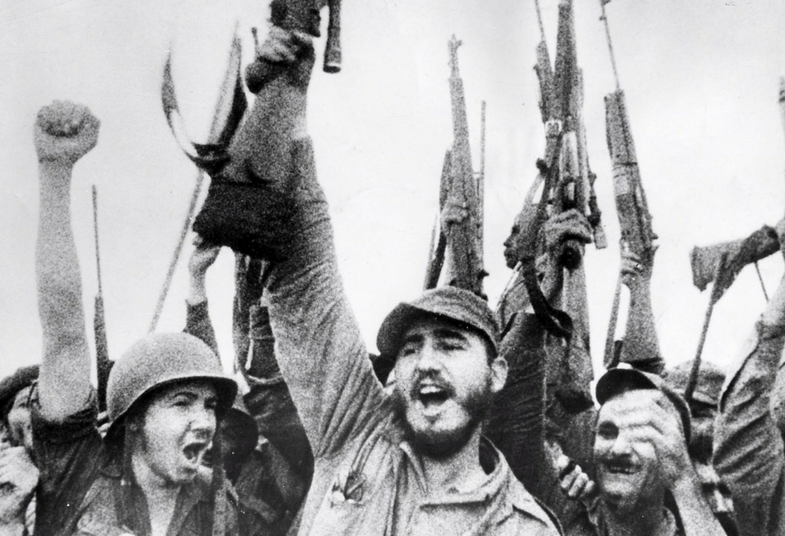 After a three-year guerrilla war against Batista's troops, Fidel's July 26th Movement — named after their failed insurgency just a few years earlier — emerged victorious and took the reins of the island. Photo:AFP 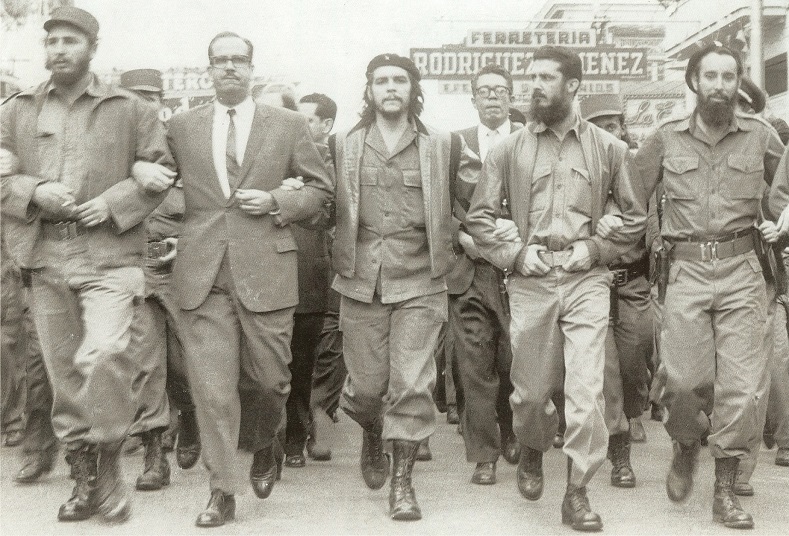 Fidel Castro and Che Guevara lead a memorial march in Havana on May 5, 1960, for the victims of the La Coubre freight ship explosion, considered to be one of the first CIA attempts to undermine the Cuban Revolution. From the outset of the triumph, Cuba and Fidel faced numerous terrorist attacks, with Fidel surviving more than 600 assassination attempts from U.S. operatives. Photo:AFP 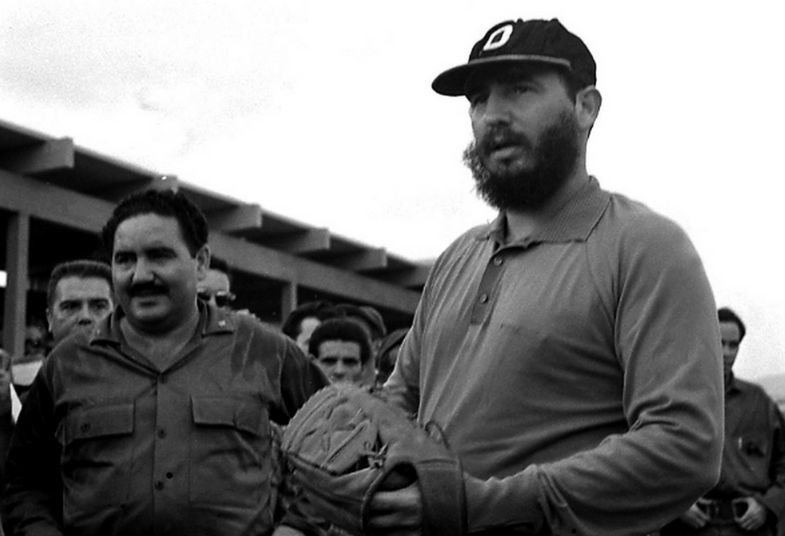 Fidel was a baseball fan and believed Cubans should embrace sports as a way to healthier living. Fidel led the island nation to historic levels of social development, including the eradication of illiteracy and health rates higher than many developed nations. Photo:Reuters 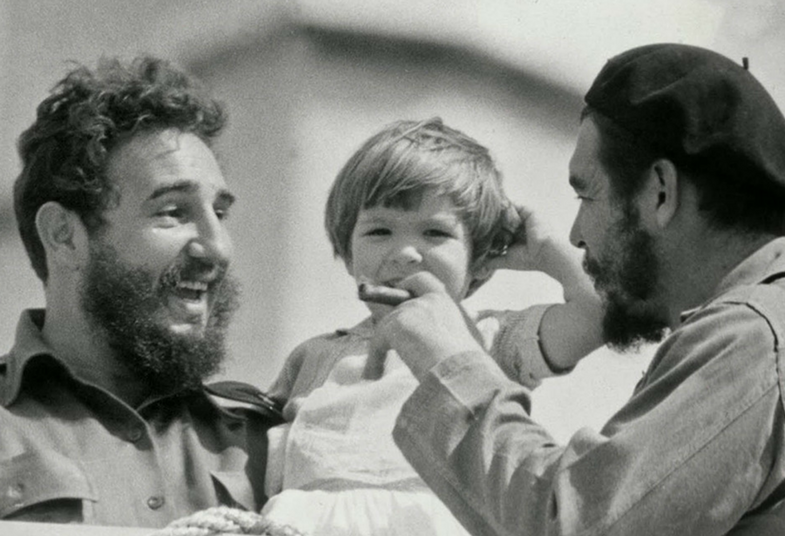 Fidel and fellow revolutionary Che looked to support socialist and national liberation struggles, providing not only an example but also material support to many. Che himself went to Africa and later Bolivia with the hopes of aiding local armed rebellions. Photo:AFP 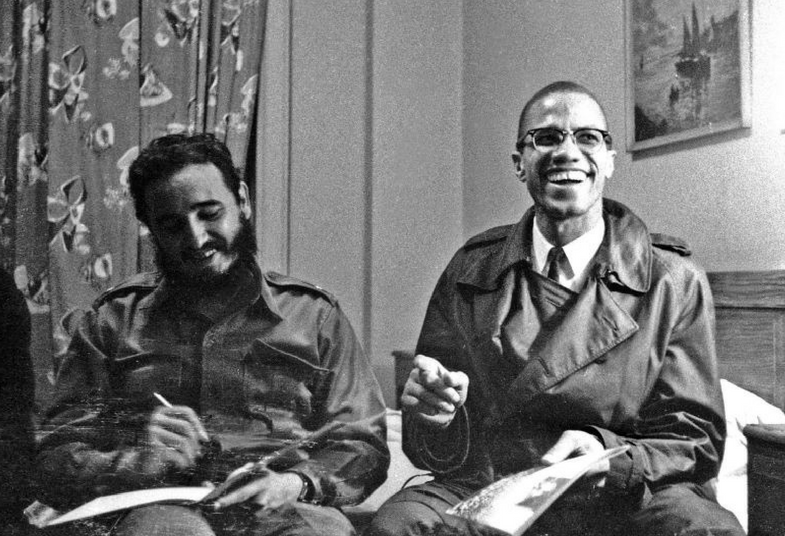 Fidel with U.S. Black leader Malcolm X in September 1960 before a U.N. General Assembly meeting. Fidel would cross paths with many other history makers in his more than 50 years of political leadership. Photo:Reuters 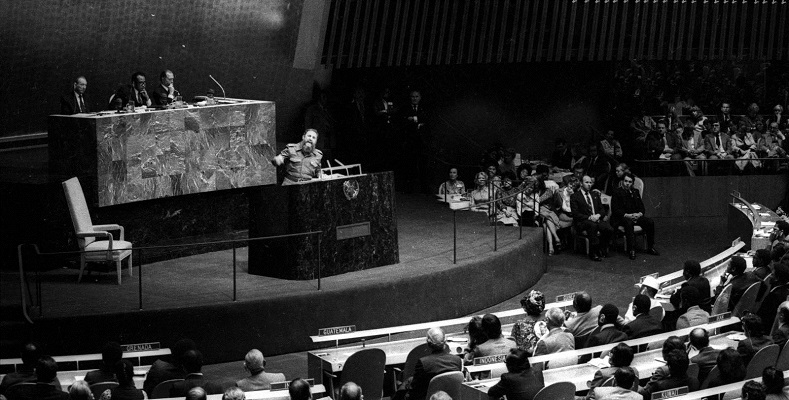 Fidel speaks to the United Nations General Assembly as part of the Non-Aligned Movement on Oct. 12, 1979. His speeches became legendary for both their content as well as their length, often lasting several hours. Photo:Reuters 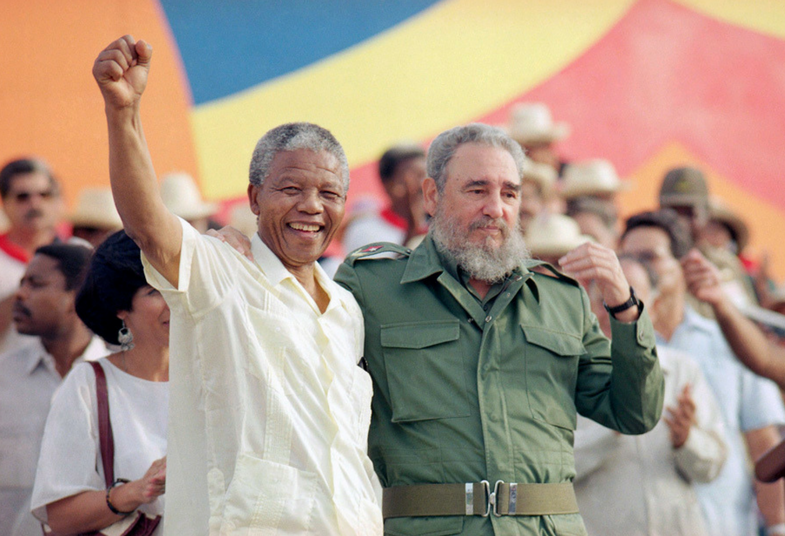 South African freedom fighter and former President Nelson Mandela visited Fidel in Cuba in 1991. Cuba's commitment to African independence was substantial and something that many Africans continue to hail. Photo:AFP 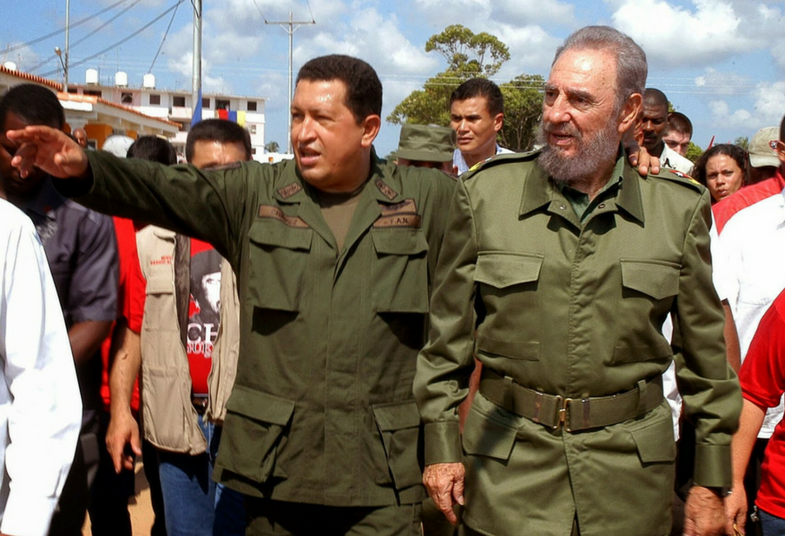 Fidel was vital in the upsurge of left-wing governments in Latin America, beginning with Hugo Chavez in Venezuela in 1998. Photo:Reuters 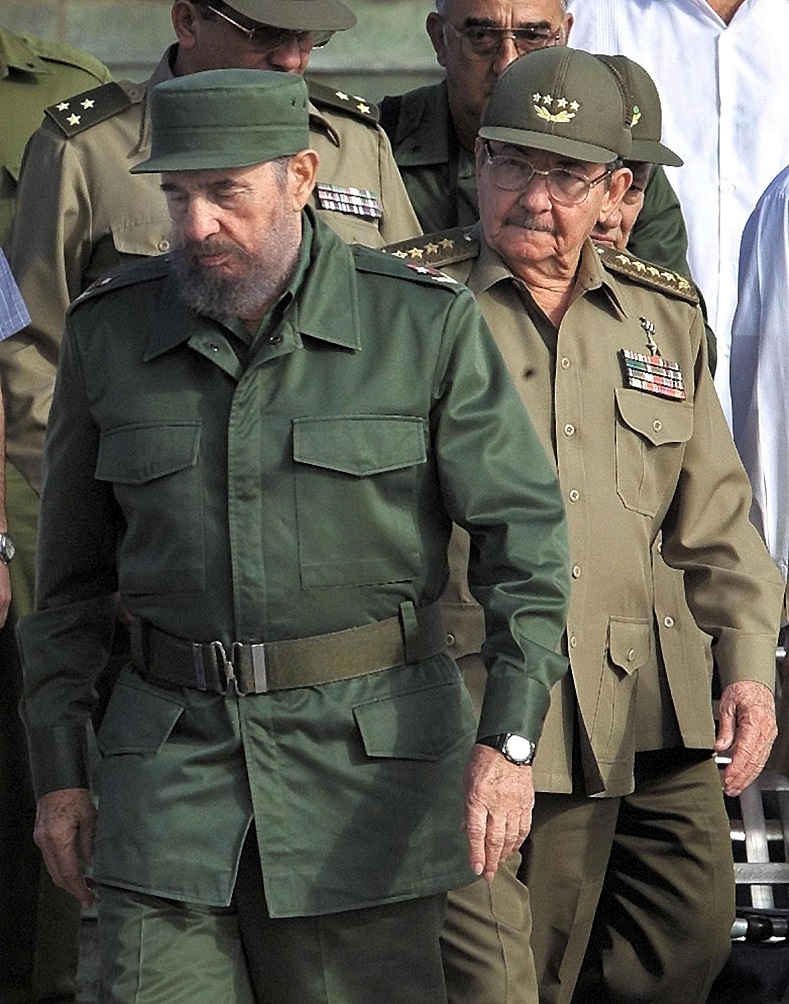 Raul Castro, head of the Armed Forces, was elected President of the Council of Ministers after Fidel's resignation in 2008. Photo:AFP 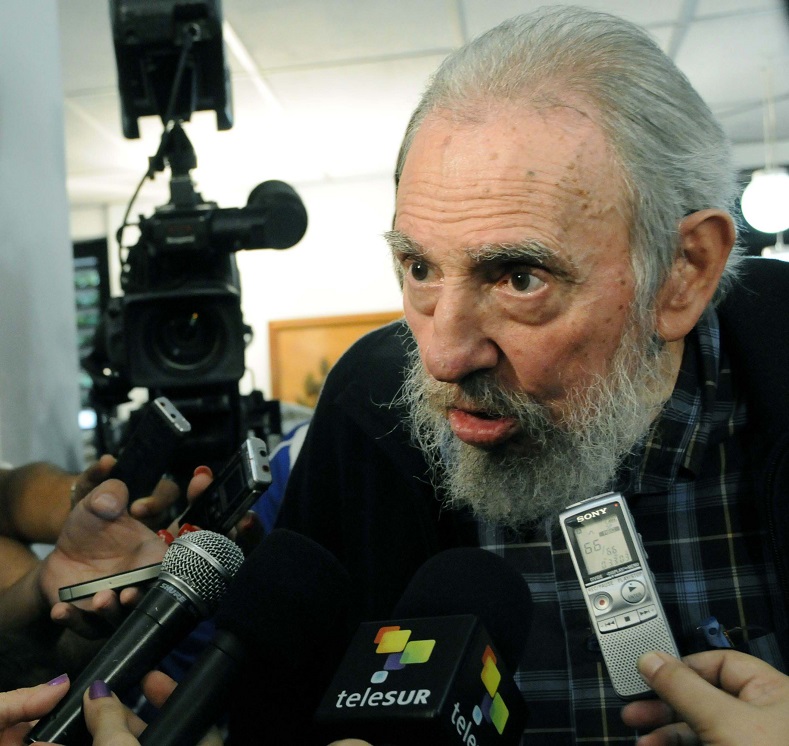 Fidel's health deteriorated, but the leader continued to occasionally speak in public and write commentary on world events. Over the last few years, he expressed concerns about the impacts of climate change, among other things. Photo:Reuters