Thousands of Ecuadoreans joined President Rafael Correa in the coastal city of Guayaquil on Jan. 15 to celebrate 10 years of the Citizens' Revolution that has brought a wave of social and economic gains to the South American country since the left-wing Alianza Pais party came to power in 2007.

In the past decade under the Correa government, Ecuador has lifted more than 1.5 million people out of poverty, doubled the minimum wage, doubled health spending per person, cut unemployment by over 4 percent and expanded social security to hundreds of thousands of people for the first time, among other social and economic gains. 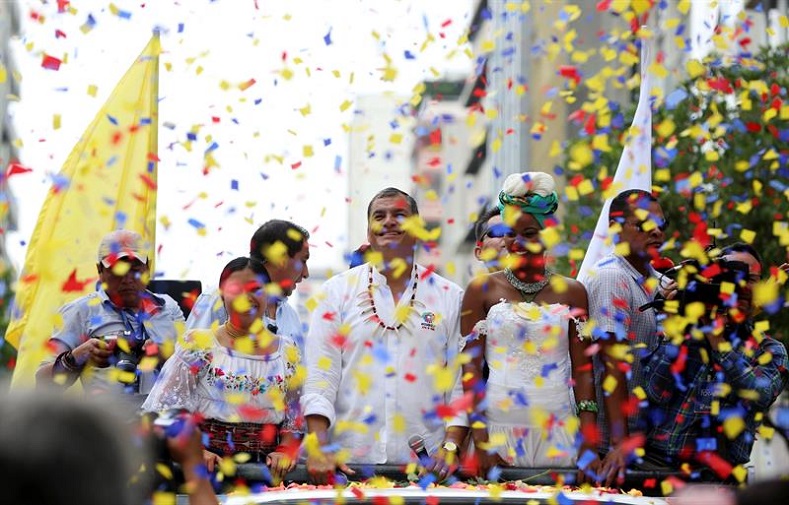 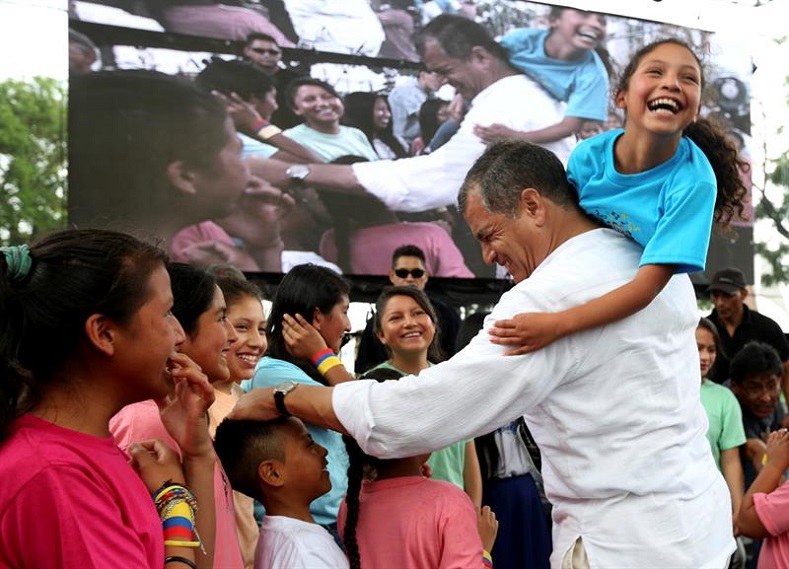 Rafael Correa greets supporters during an event in Guayaquil. Photo:EFE 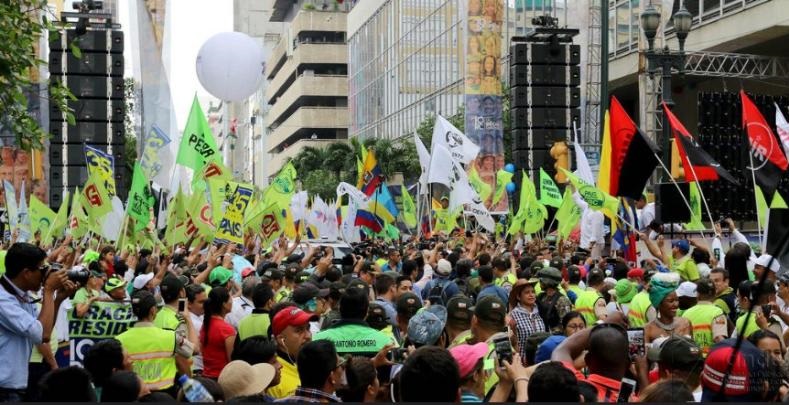 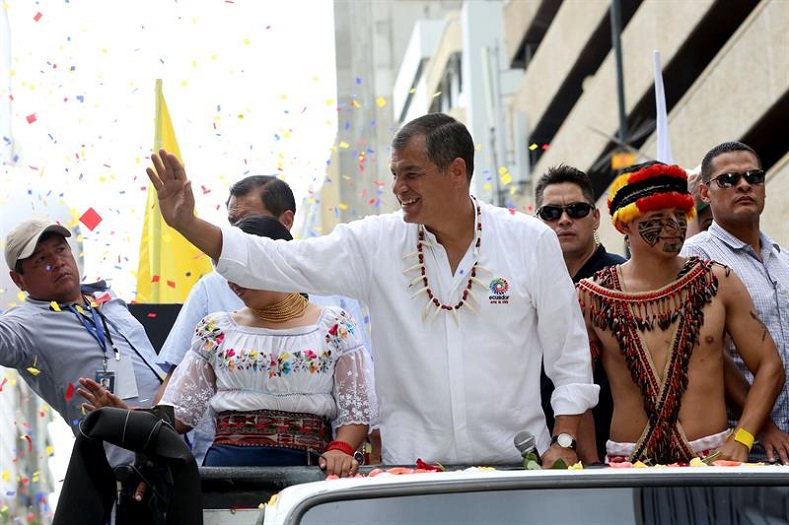 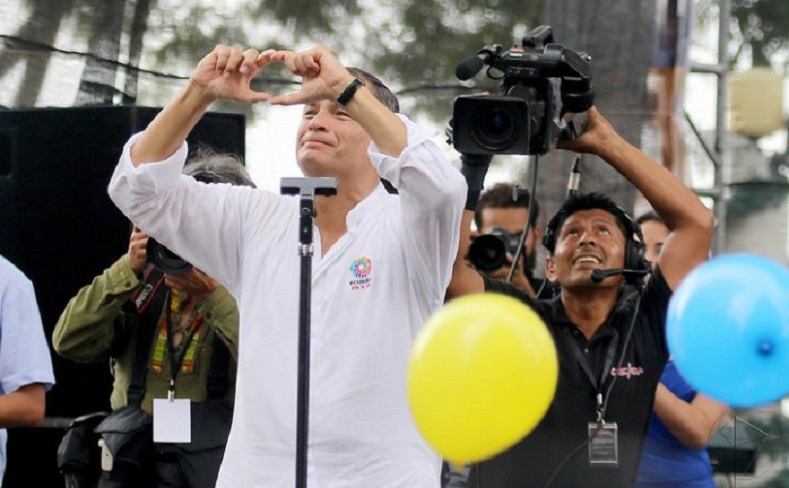 Correa gestures while speaking to crowds at the event. Photo:Andes 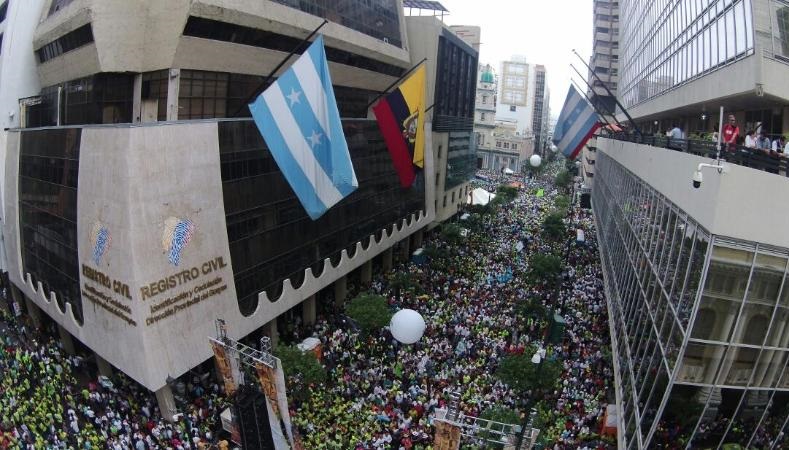 Supporters of Correa and his Alianza Pais party's Citizens' Revolution flood the streets of Guayaquil. Photo:Telegrafo 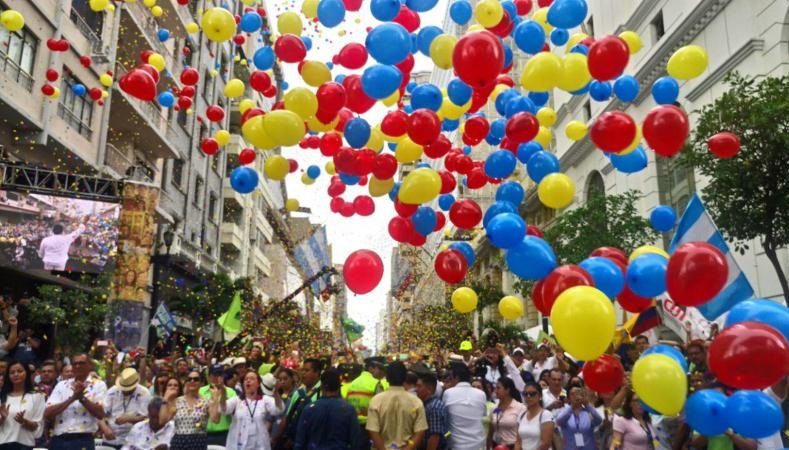 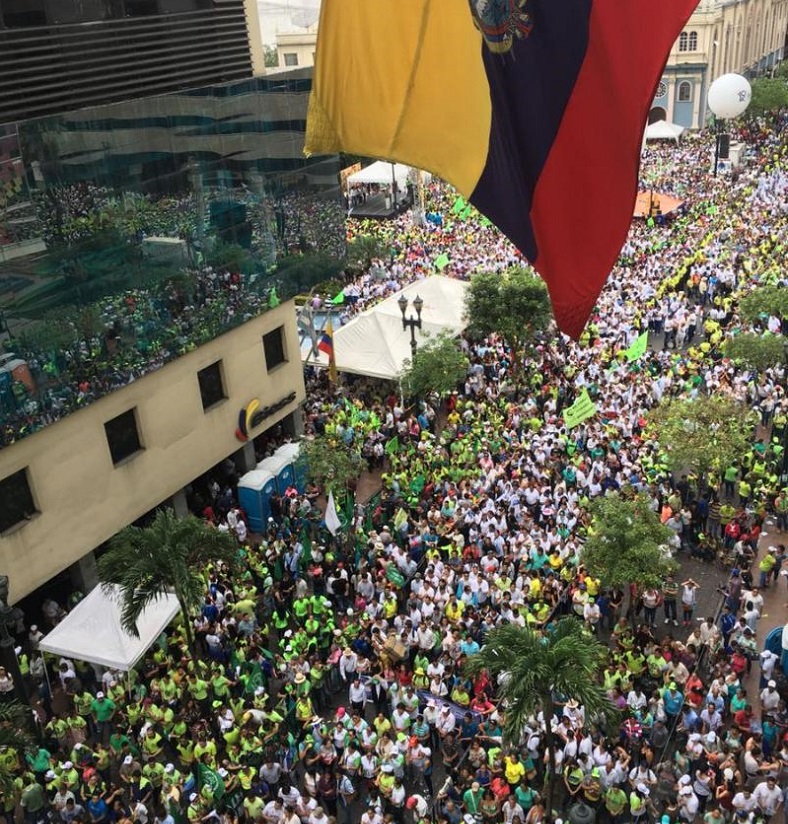 Thousands of Ecuadreans fill the streets to celebrate 10 years of poverty reduction and social gains. Photo:Telegrafo 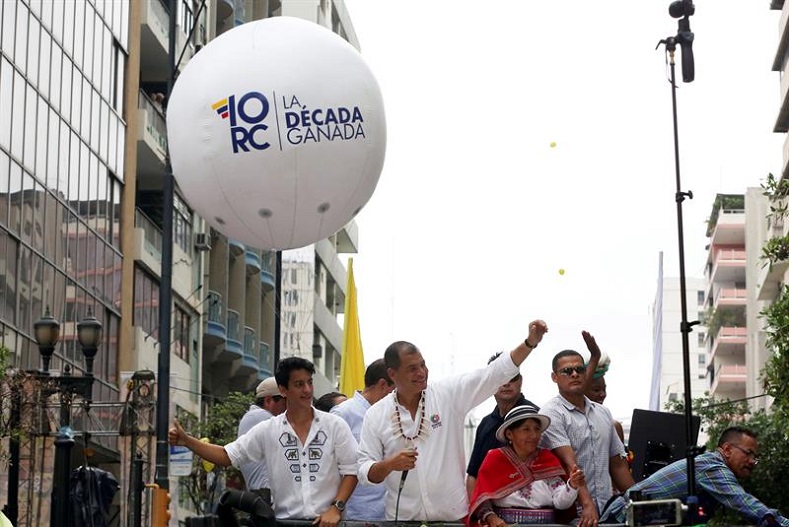 Correa greets supports below a balloon that labels the Citizens' Revolution the "Decade Won." Photo:EFE 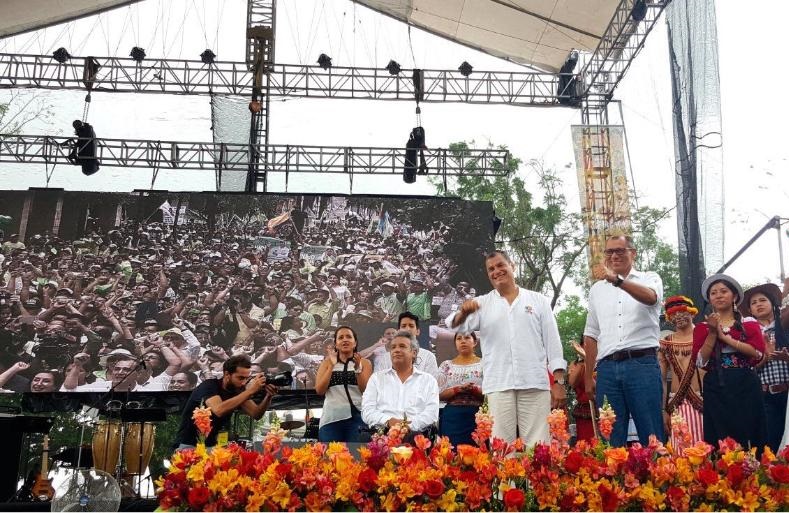 Correa and his former vice president Lenin Moreno (L), who is currently leading the presidential race, take the stage in Guayaquil. Photo:Andes 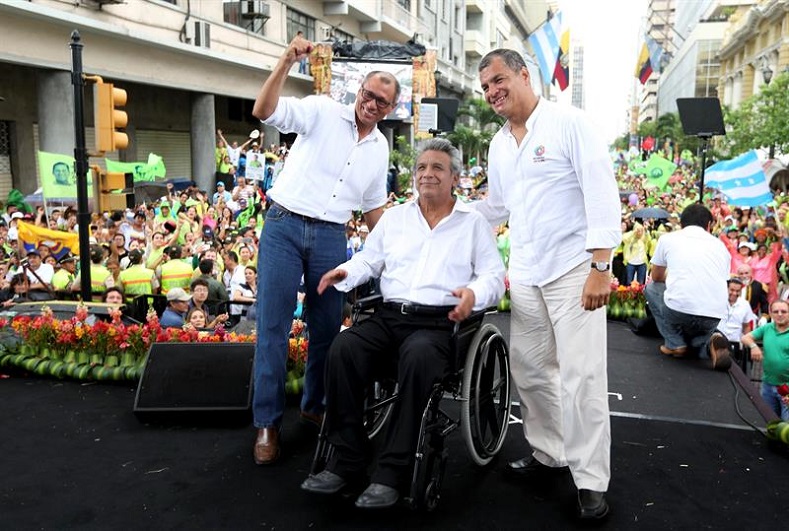 Lenin Moreno (C), in a wheelchair since being shot in an assault in 1998, is running for president with Correa's Alianza Pais party. Photo:EFE 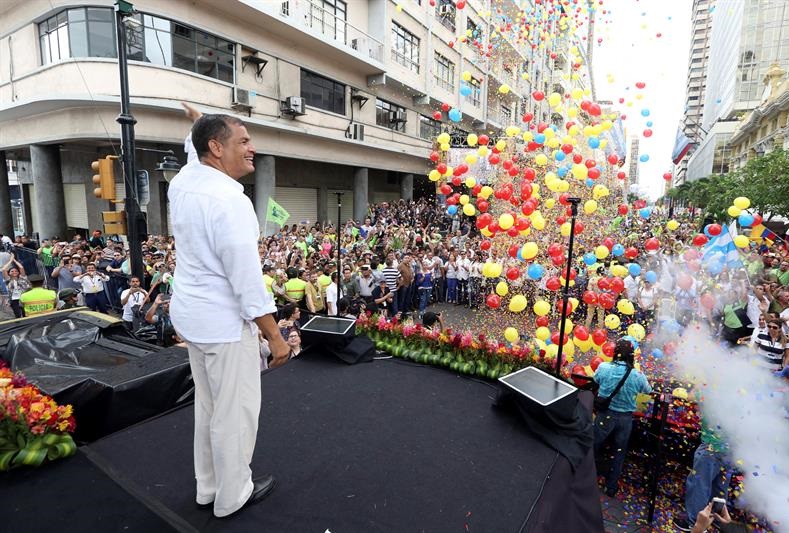 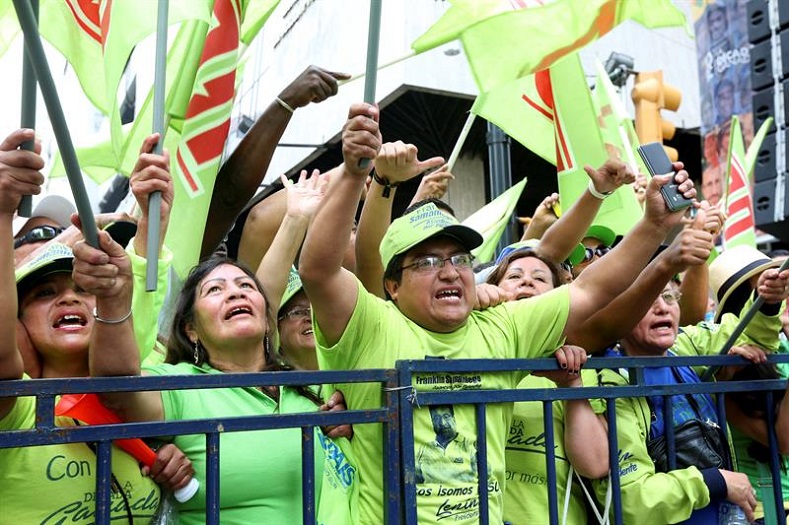 Supporters dressed in the colors of Correa's Alianza Pais party cheer in the streets of Guayaquil. Photo:EFE