Ecuadoreans Don't Give Ground in Fight Against Neoliberalism

“We are not thieves, we are not idle, we are not liars.” These words were stressed Wednesday during a press conference held by indigenous organizations in Guayaquil, the port-city controlled by the right-wing "oligarchy," where President Lenin Moreno sought temporary refuge.

The social leaders expressed that they felt “hurt” by racist and classist speeches delivered by Guayaquil Mayor Cynthia Viteri and other local politicians who defined the arrival of Indigenous people and workers in the city as a war-like act to which “the citizens” should respond with  "whatever it takes."

In Quito, the capital city, hate speech was widely overcome by solidarity towards men, women, and children who walked for days to join the protests against the International Monetary Fund (IMF) and its "recommended" policies. 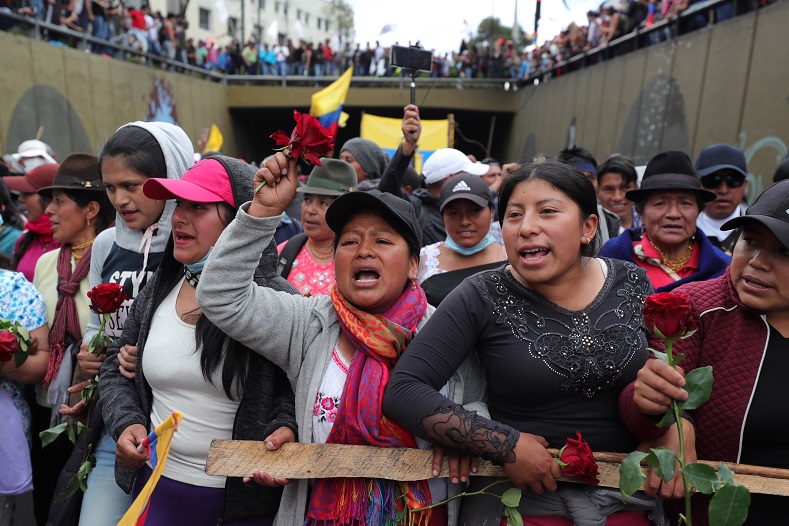 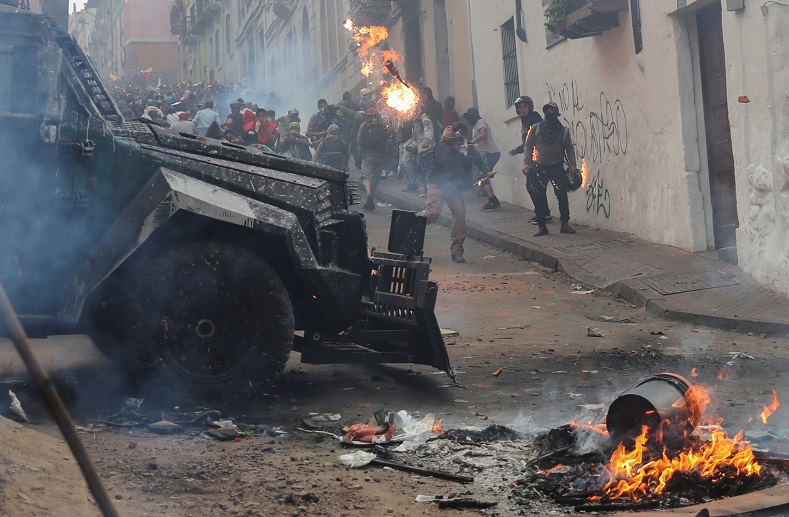 Citizen throws an object to an armored in Quito, Ecuador, Oct. 9, 2019. Photo:Reuters 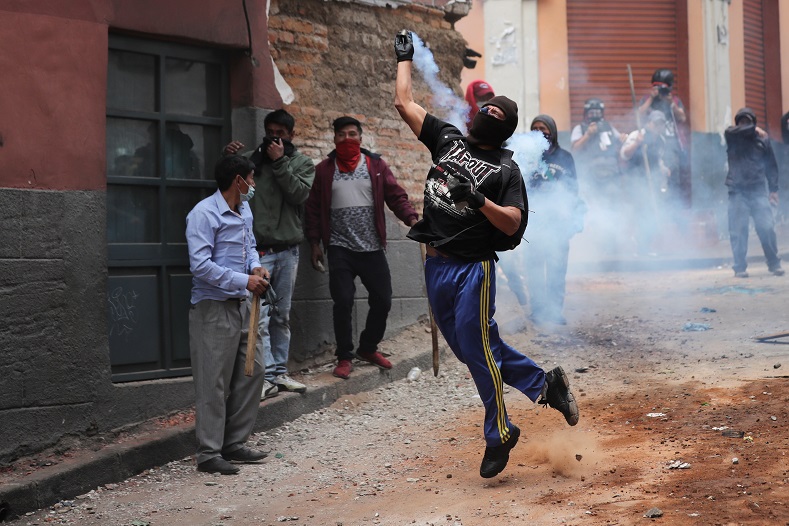 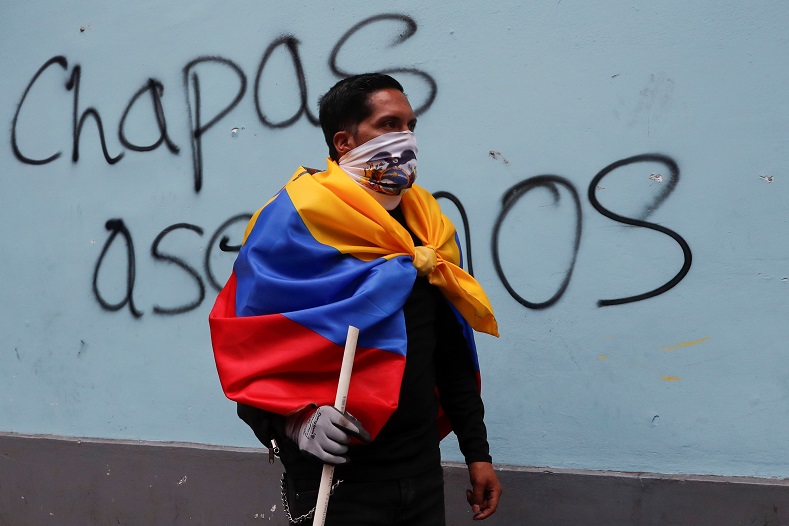 Citizen covered with an Ecuadorean flag walks in front of a graffiti saying 'Killer Cops' in Quito, Ecuador, Oct. 9, 2019.. Photo:Reuters 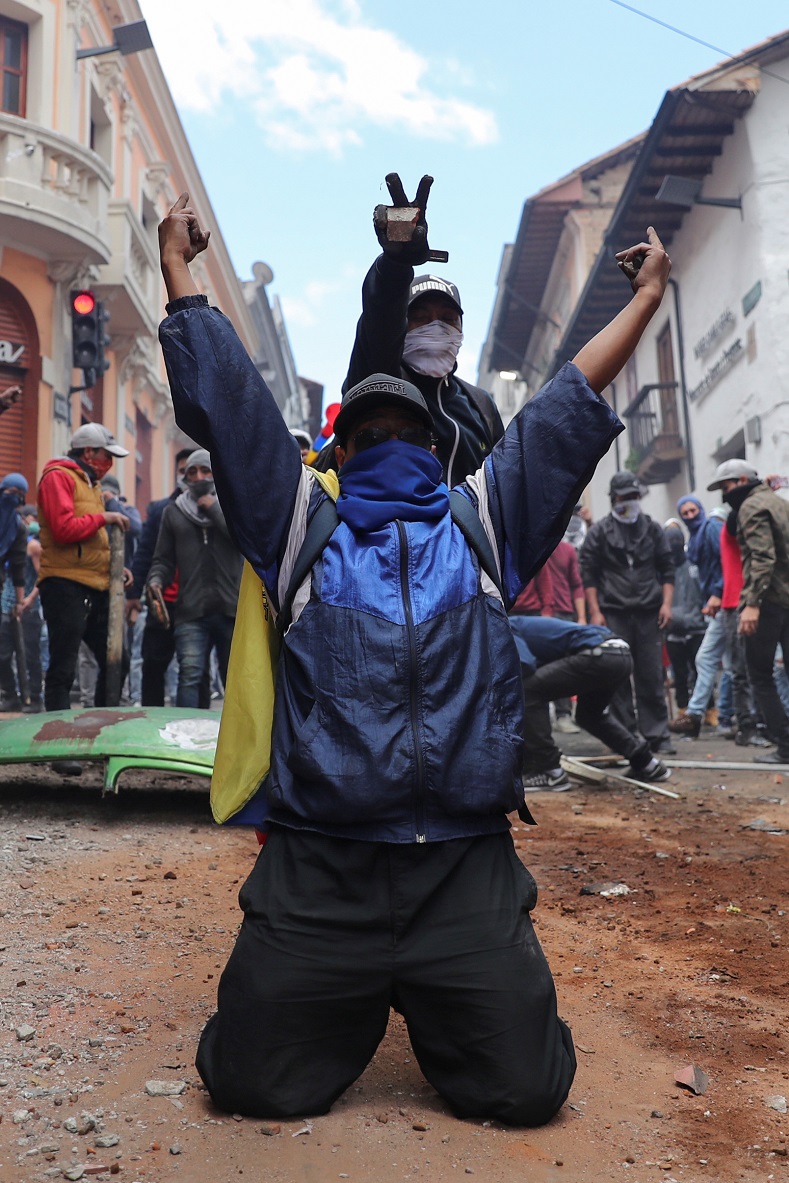 Young man gestures as he kneels down during a demonstrations in Quito, Ecuador, October 9, 2019. Photo:Reuters 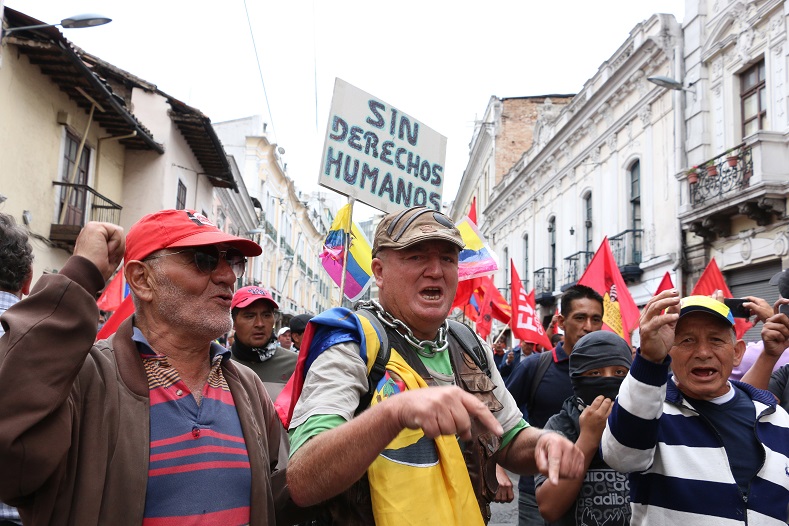 Senior citizen uses a chain to symbolize that he is hung by IMF policy measures in Quito, Ecuador, Oct. 9, 2019. Photo:EFE 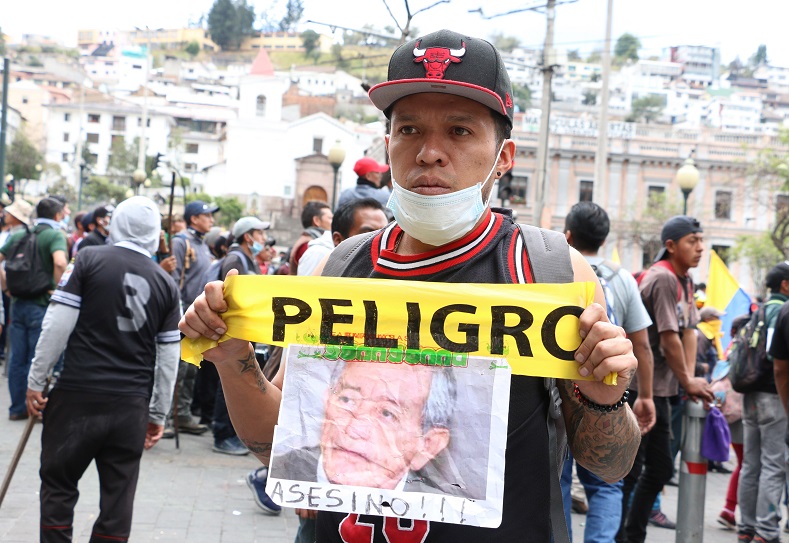 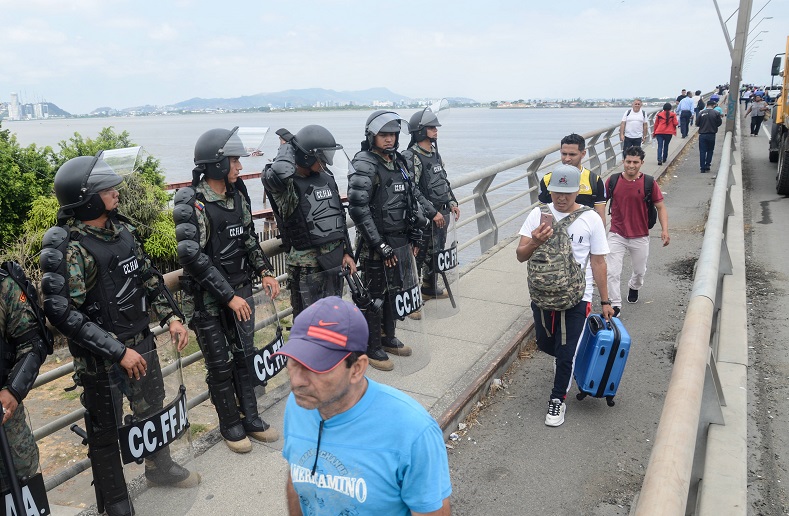 Army controls access bridge to Guayaquil to prevent protesters from entry into the city, in Duran, Ecuador, Oct 9, 2019. Photo:EFE 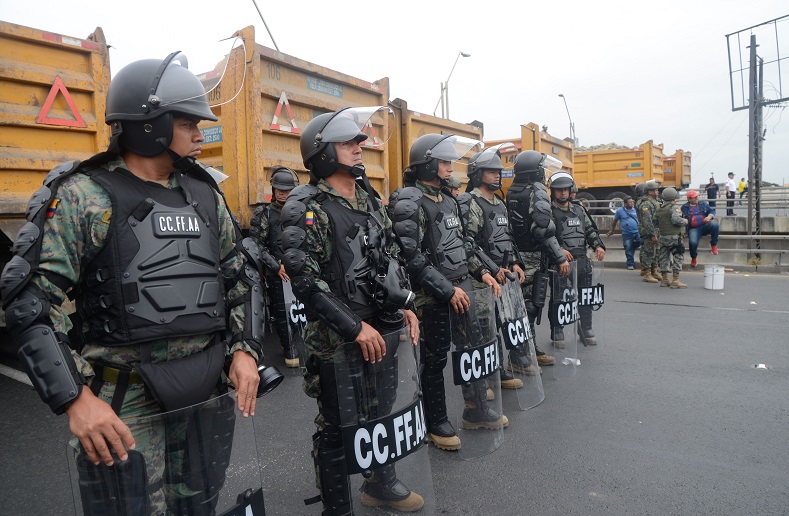