Dictator Marcos Is Buried, but Filipino People's Rage Lives On

IN PICTURES: People's movements took to the streets to denounce the "hero's burial" and accused President Duterte of suffering "historical amnesia."

While President Rodrigo Duterte has issued calls for "forgiveness" amid the burial of former President Ferdinand Marcos at the Libingan ng mga Bayani (Heroes Cemetery) in Metro Manila, thousands of protesters gathered to voice their anger in the streets, renewing demands that justice be served in relation to the crimes of the Marcos dictatorship and that these crimes not be repeated again.

Ferdinand Marcos was a kleptocratic dictator whose brutal rule in the Philippines lasted from 1965 to 1986.

"This (secrecy) is nothing new to the Marcoses - they who had hidden wealth, hidden human rights abuses and now hidden burial - with complete disrespect for the rule of law," Vice President Leni Robredo, who belongs to an anti-Marcos political party, said in a statement.

“We condemn in the strongest terms President Duterte’s whitewashing of the historical crimes of the Marcoses and the brazen trampling on the call for justice of all the victims of the Marcos dictatorship,” said Anakbayan National Secretary-General Einstein Recedes.

The head of the national democratic youth organization Anakbayan also called on Duterte not to forget the plunder of the economy and millions of victims of human rights crimes during the period of martial law, which was imposed in 1973 and lifted in 1981. The period entailed the illegal arrest and detention of 70,000 Filipinos, while 35,000 were tortured.

Meanwhile, supporters of the dictatorial Philippine ruler celebrated outside of the cemetery.

Marcos's eldest daughter, Imee Marcos, the governor of Ilocos Norte province and a longtime ally of the current president, thanked Duterte for allowing her father to be buried under such conditions of pomp and circumstance.

teleSUR takes a look at the ongoing fight for justice and democracy by the Filipino people. 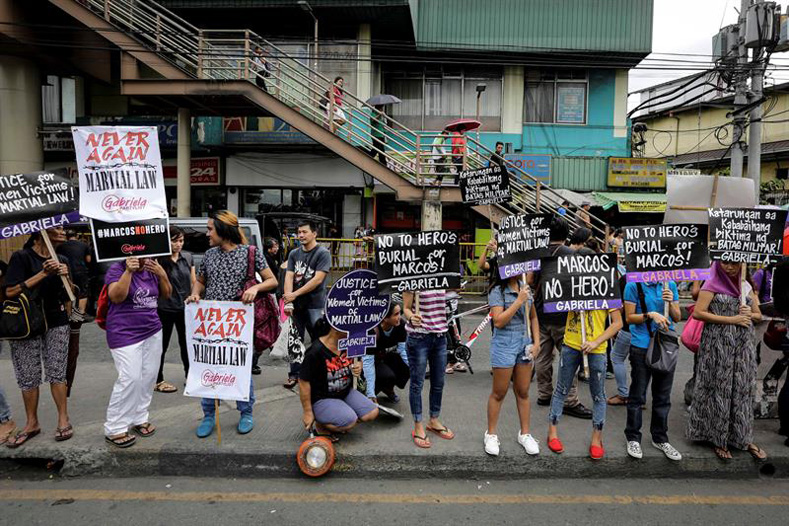 “Ferdinand Marcos was a thief, a murderer and a dictator,” said Vice President Leni Robredo in a statement issued Friday. “He is no hero.” Photo:EFE 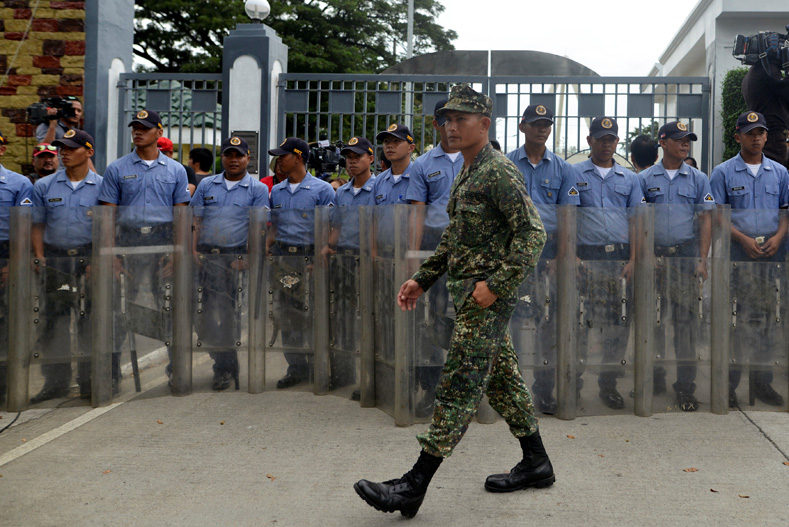 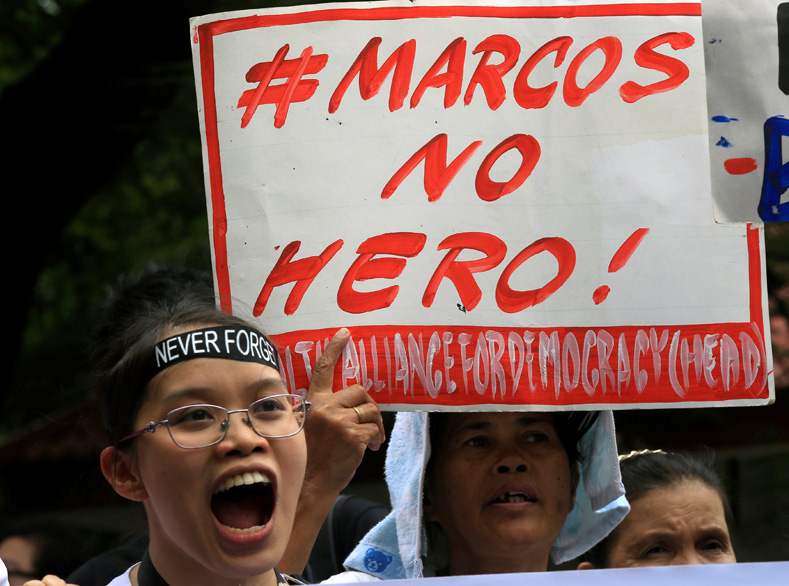 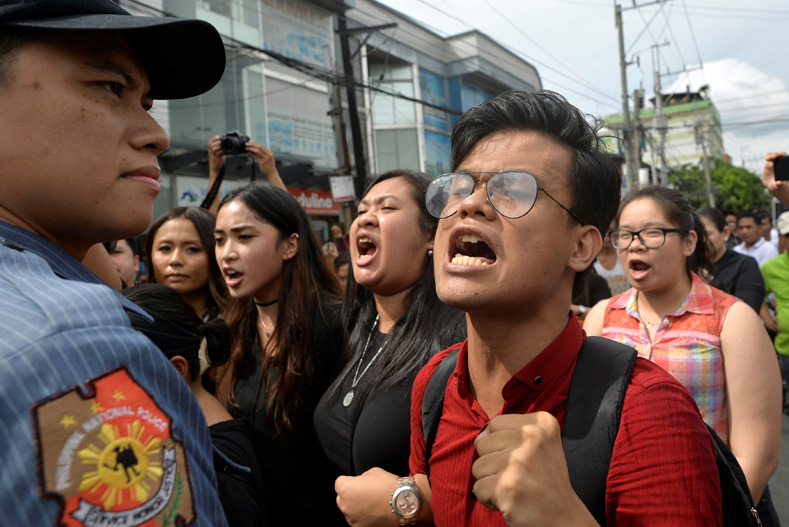 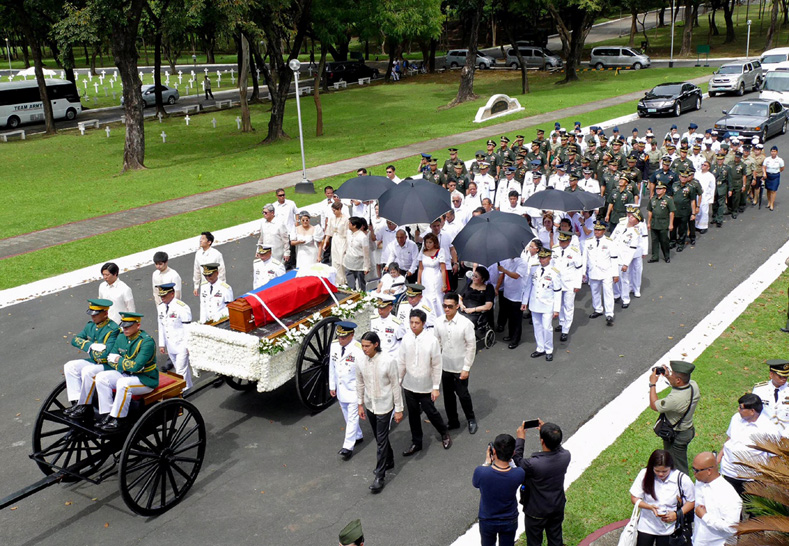 The flag-draped coffin of former Philippine dictator Ferdinand Marcos is seen atop a military hearse as it is followed by Marco's family during burial rites inside the Libingan ng mga Bayani (heroes' cemetery) in Taguig city, metro Manila, Philippines Nov. 18, 2016. Photo:Reuters 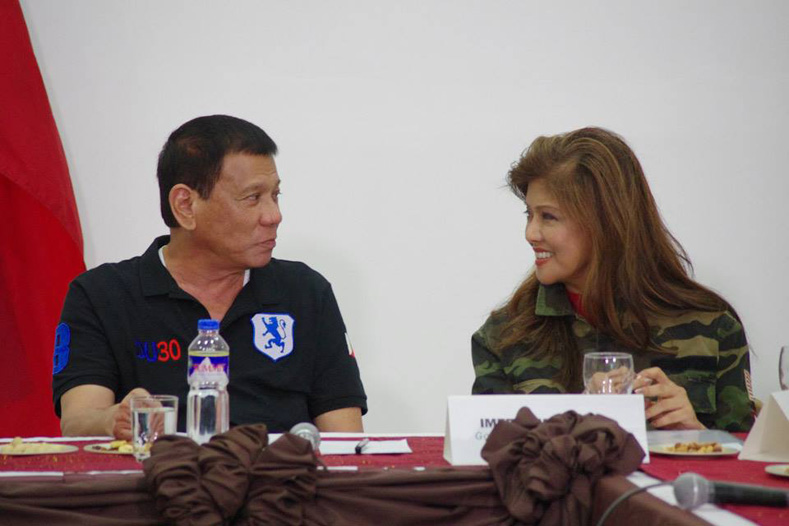 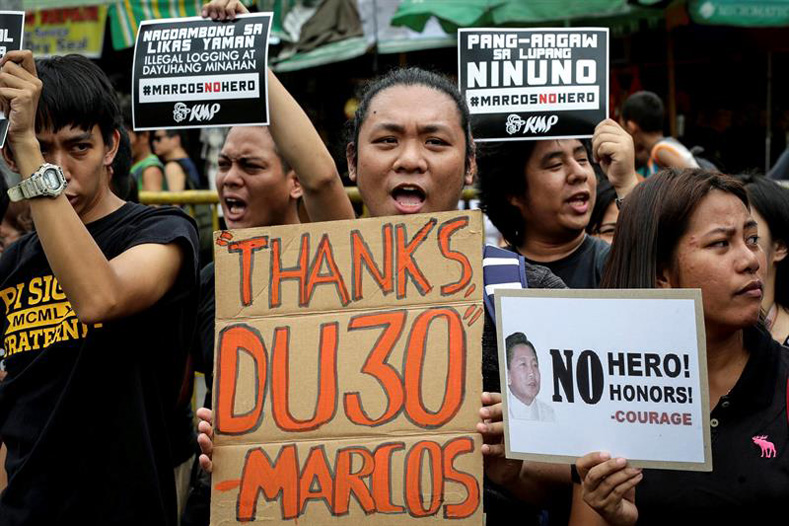 “The Marcos legacy of fascist repression and corruption have been forgotten by many among the youth because of the failure of post-Marcos government to decisively punish the Marcoses. We will not let the Duterte administration pass on this issue,” said Anakbayan National Secretary-General Einstein Recedes. Photo:EFE 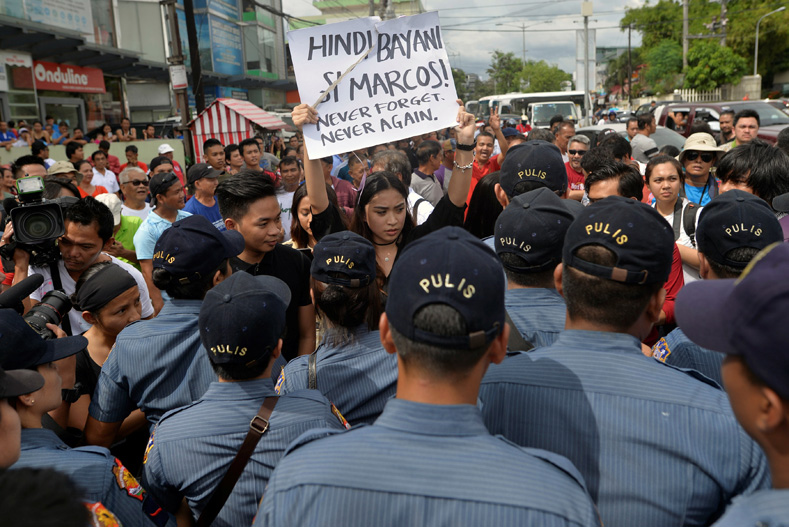 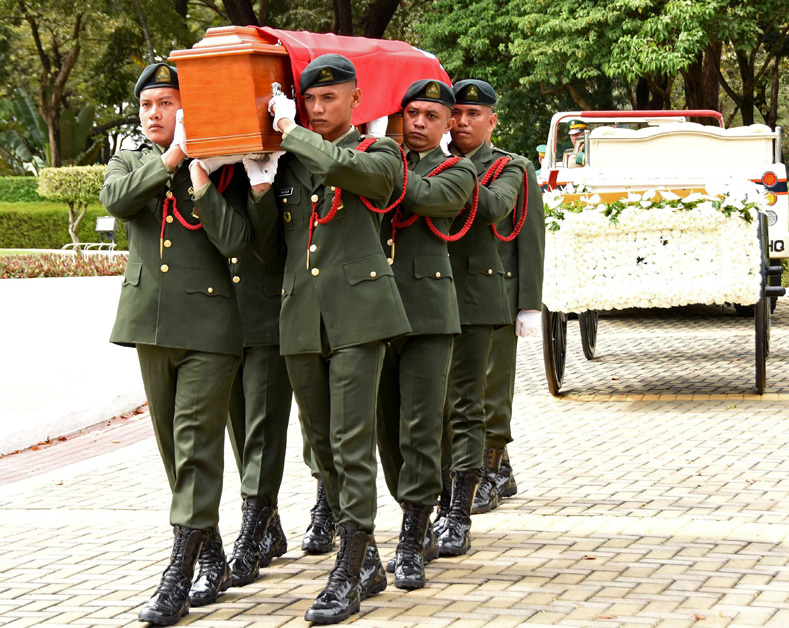 The Supreme Court has been accused of kowtowing to President Duterte’s political indebtedness to the Marcoses instead of standing up for the Filipino people’s demands for justice in regard to the crimes of the Marcos dictatorship. Photo:Reuters 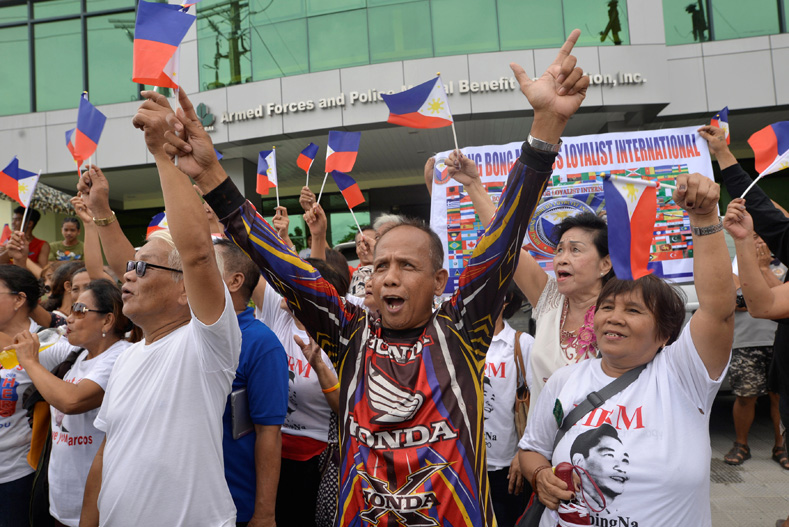 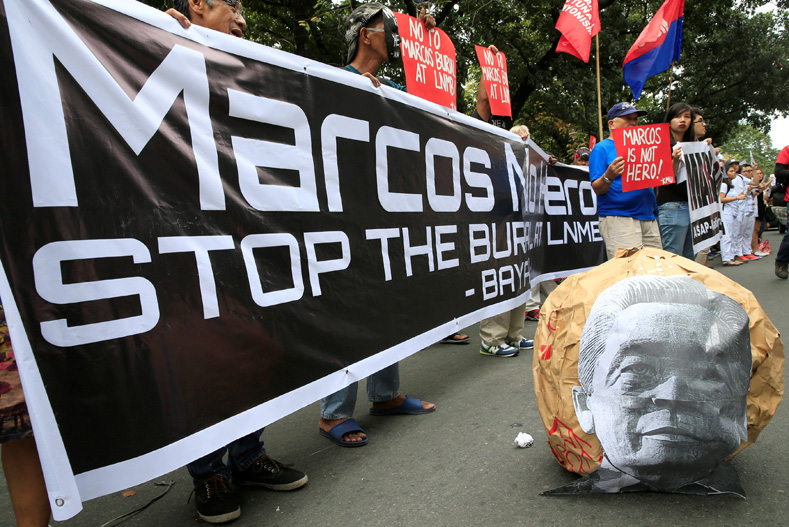 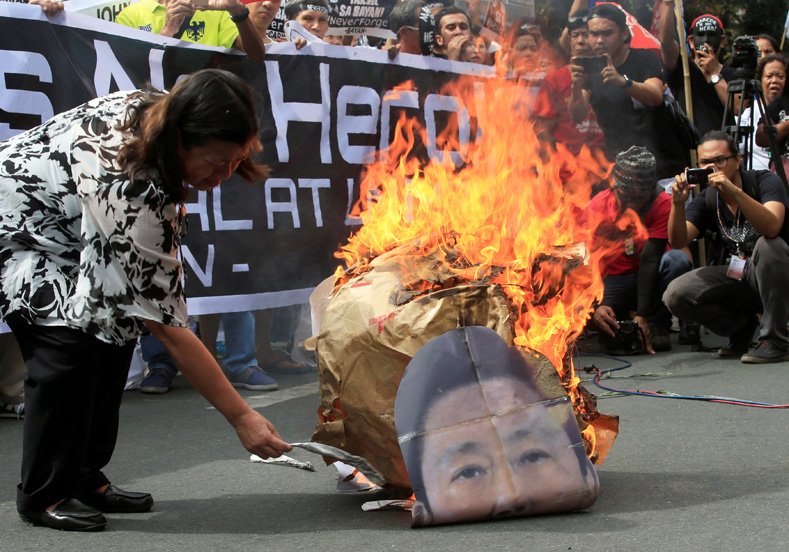 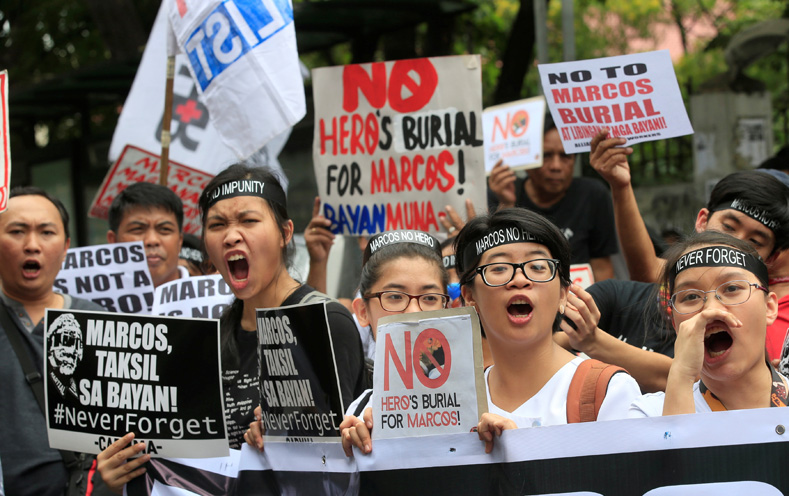 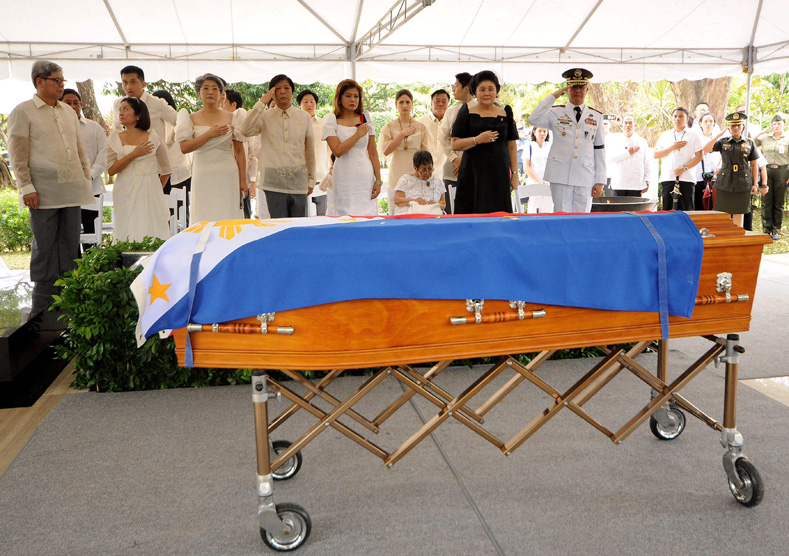 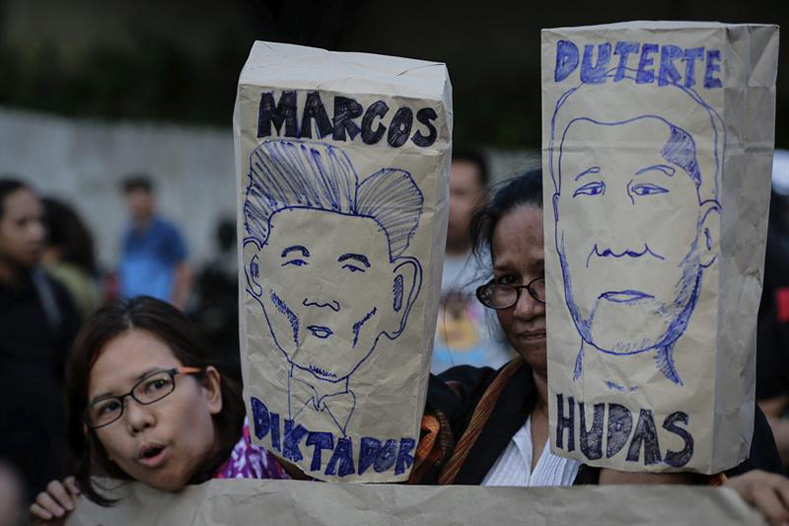 “Even though we’re millennials, we should not remain apathetic to what really happened in the Martial Law era. We must not let the prevailing issue of historical revisionism win over,” political science student Nicole Marie Carreon told the Inquirer. Photo:EFE 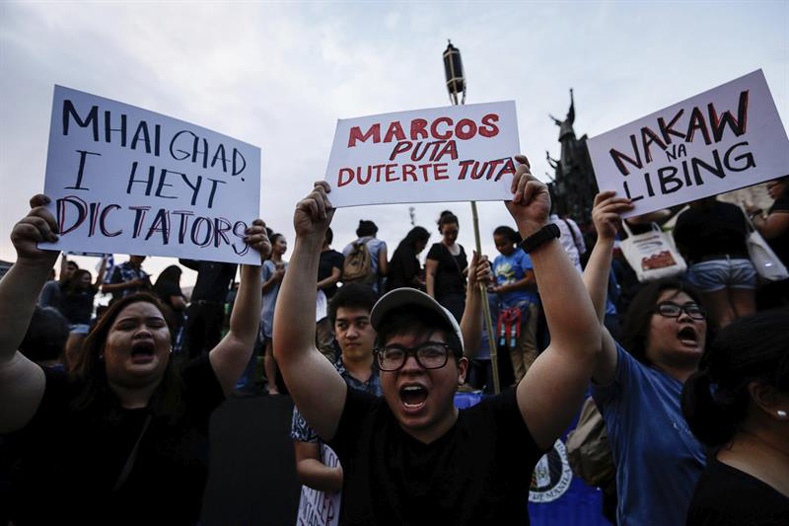 “This will open the wounds. We will have more protests in the coming days. We are not going to be silent on this matter. This insulted us,” Bayan Muna organizer Jaime Paglinawan told the Inquirer. Photo:EFE 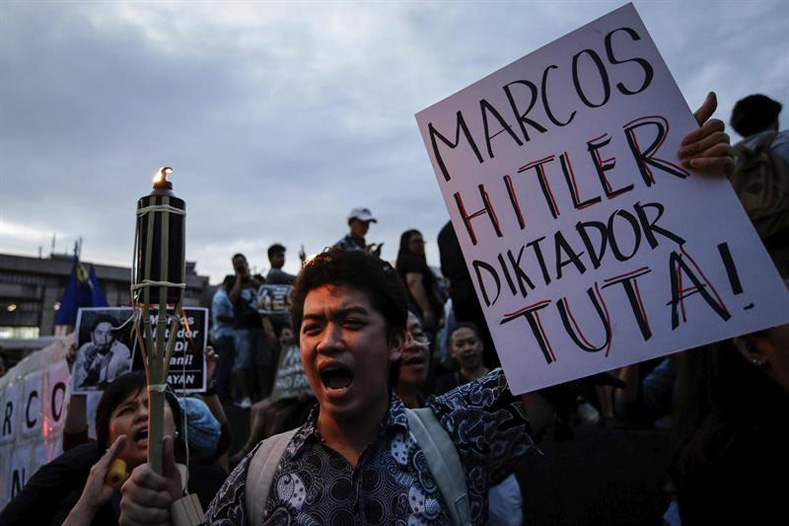 Social movements have vowed to continue fighting to bring the late dictator, his family, and the subordinates of the Marcos kleptocracy to justice. Photo:EFE