Bolivia Celebrates the Day of Skulls

IN PICTURES: Bolivians adorn and honor skulls in a deeply syncretic tradition rooted in Indigenous practices.

In a practice rooted in Indigenous tradition, blended with Catholic syncreticism, many Indigenous Bolivians honored and decorated skulls on the Day of Skulls, celebrated one week after All Saints Day and Day of the Dead.

Skulls, called “ñatitas,” were adorned with flowers, hats, food, and cigarettes before being marched to the cemetery. The practice is believed to honor loved ones and bring good fortune and protection.

The Roman Catholic Church has long refused to endorse the tradition, but when protests demanded the church open its cemetery doors 12 years ago, it decided to allow priests to bless the ceremony. 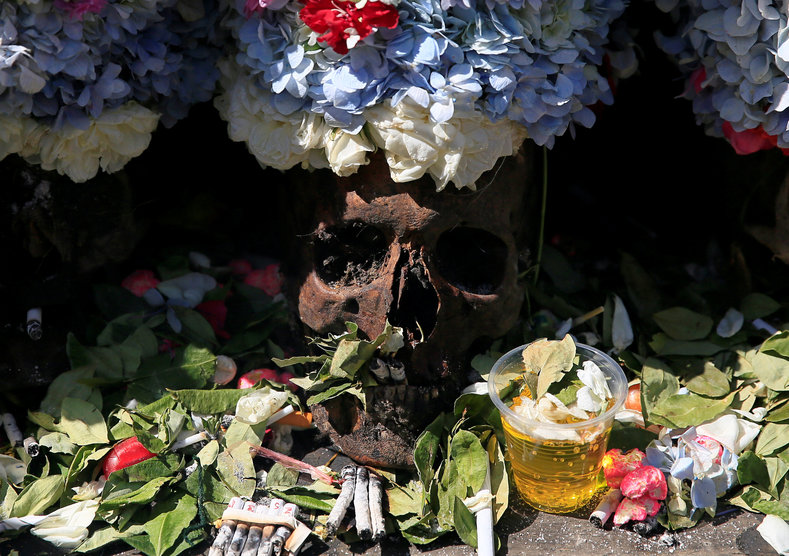 Skulls are adorned with flowers as a way of honoring the dead, and bringing good fortune. Photo:Reuters

A skull "smokes" a cigarette as it is prepared to be marched to the cemetery. Photo:Reuters 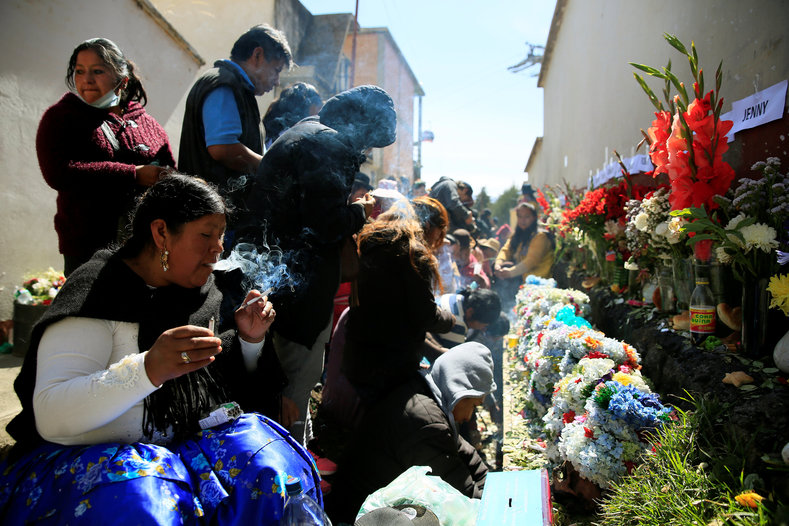 Bolivia's Indigenous people have maintained the tradition for centuries, even as it has blended with elements of Roman Catholicism in recent years. Photo:Reuters 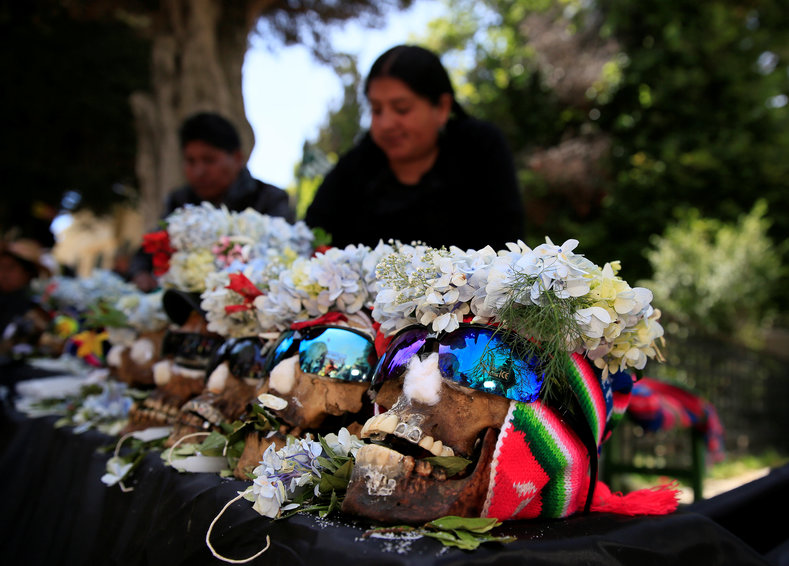 A woman in La Paz, Bolivia, prepares "ñatitas" to be taken to the cemetery on Day of Skulls. Photo:Reuters 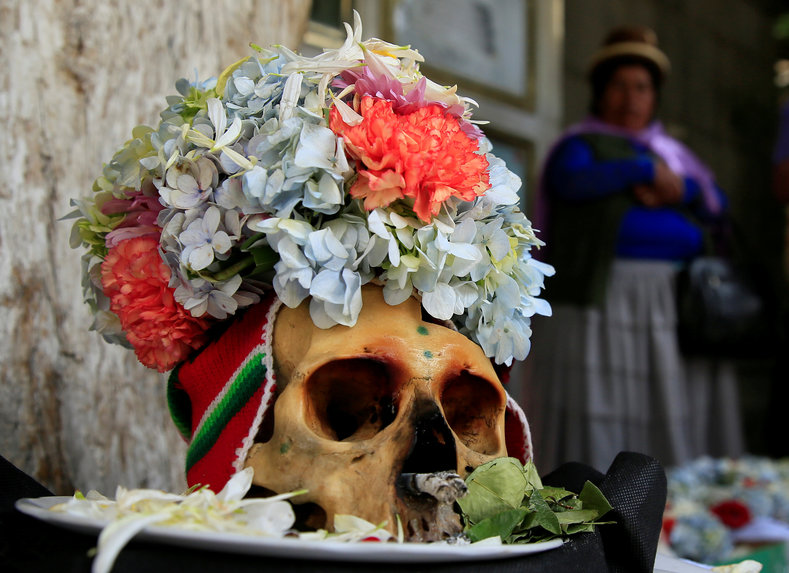 A skull decorated with flowers. Photo:Reuters 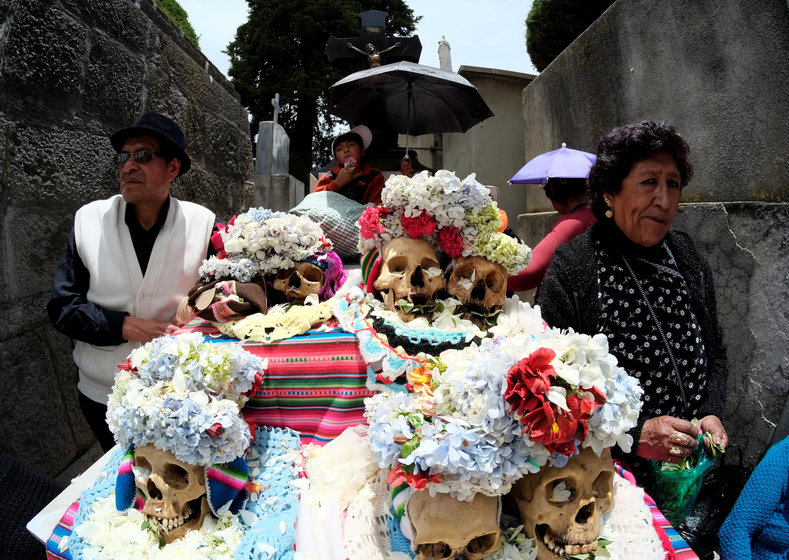 Ñatitas, or skulls, are taken to the cemetery one week after Day of the Dead. Photo:Reuters 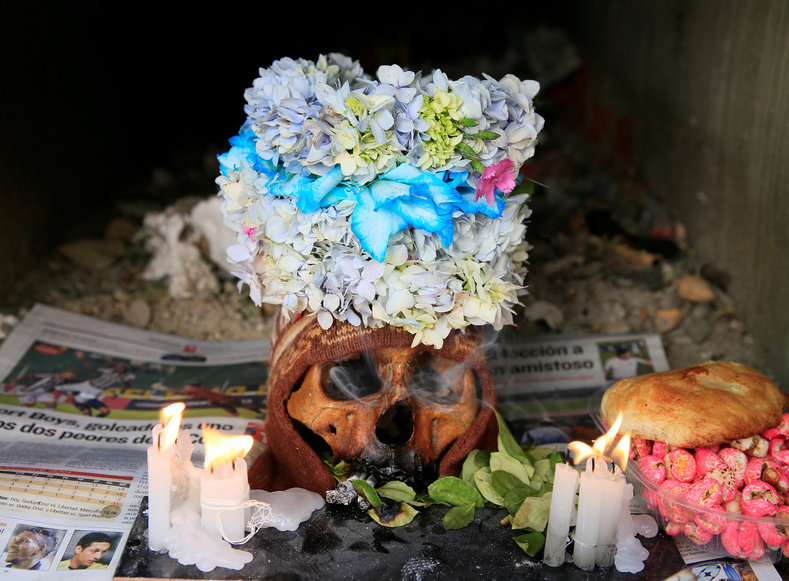 Skulls are often decorated as ornate bouquets of flowers, or sometimes dressed with hats, glasses, and cigarettes. Photo:Reuters 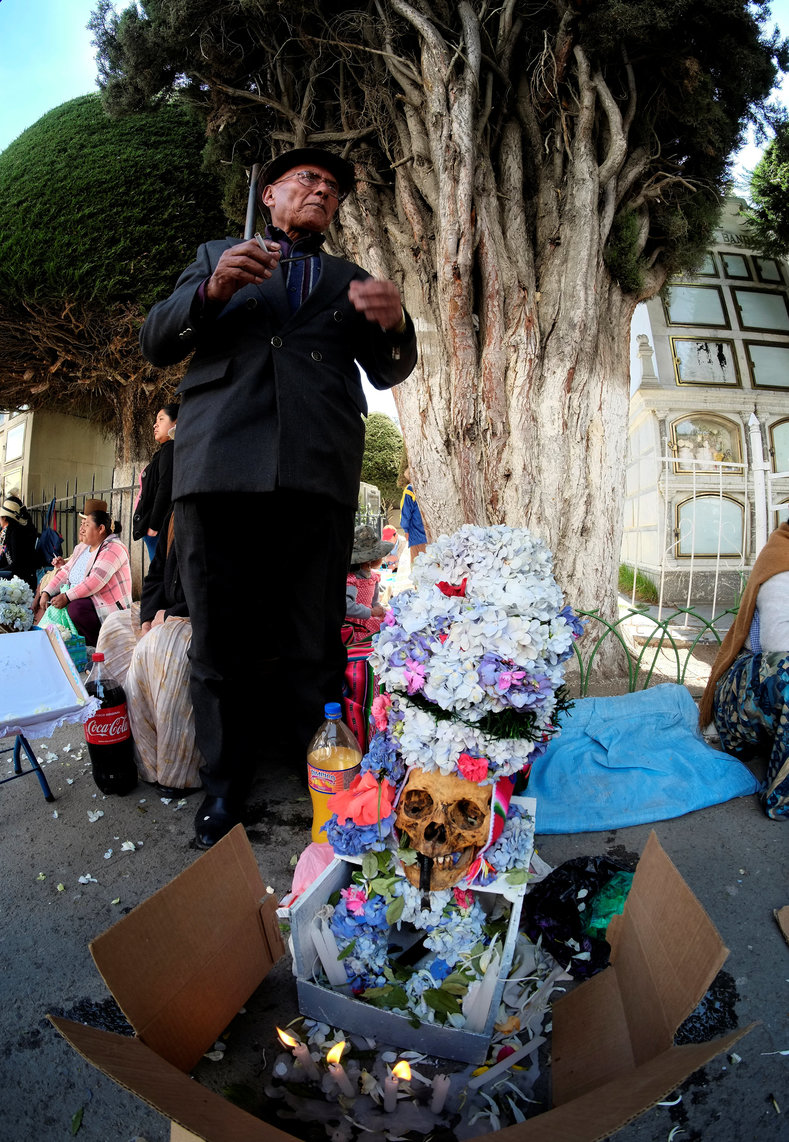 A man smokes a cigarette near a display of ñatitas on Day of Skulls in La Paz, Bolivia. Photo:Reuters 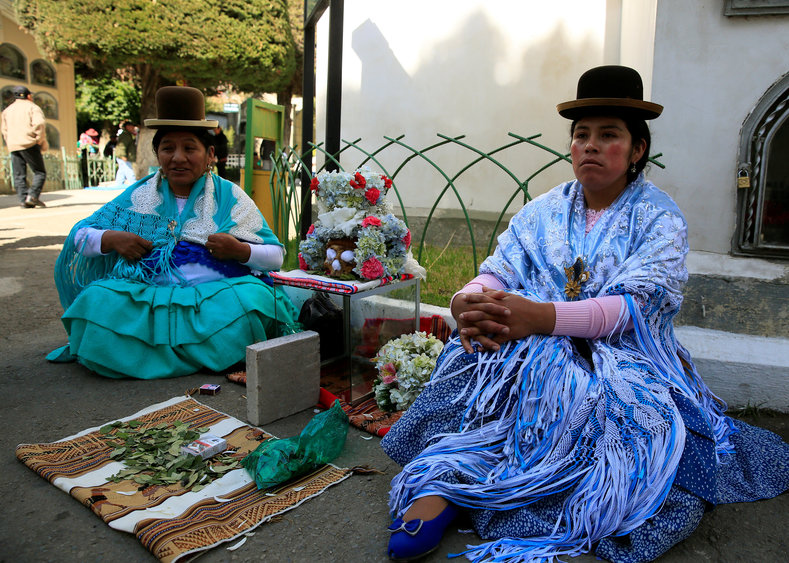 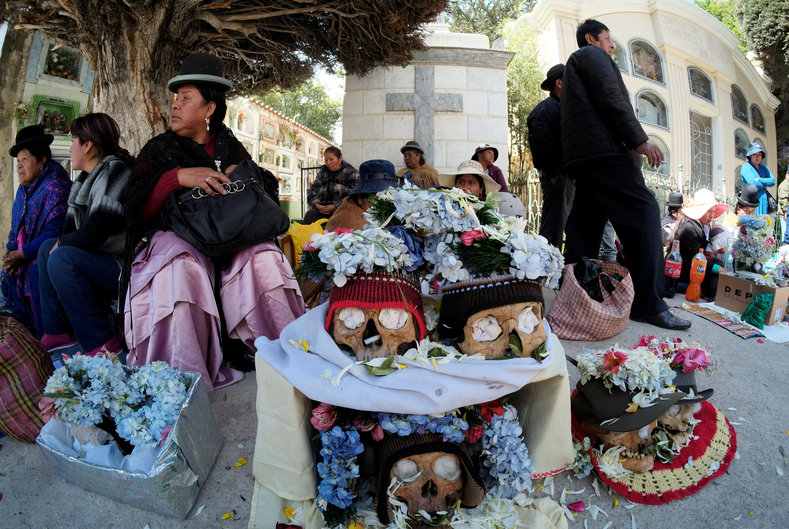 Protests erupted 12 years ago when the Roman Catholic Church refused to open its cemeteries for the ceremony. Photo:Reuters