IN PICTURES: One photographer compares and contrasts two cultures that exist just a few miles apart in Cuba's Guantanamo Bay.

In this poignant photo essay, Reuters journalist Carlos Barria illustrates the stark contrasts on display in Guantanamo Bay, where Cubans and members of the U.S. Navy live side-by-side in the shadow of one of the world's most controversial military bases.

Their lives couldn't be more different: the two Guantanamos, which co-exist cheek-by-jowel, vary hugely in their cultures and customs.

Barria's colorful juxtapositions capture not only the contrasts, but also the subtle similarities between these neighboring but disparate communities. 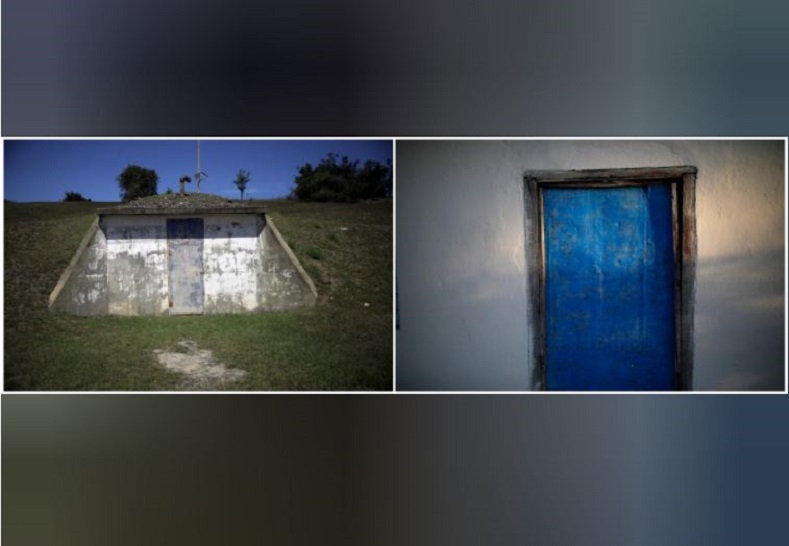 The entrance of a bunker on the U.S. Naval Base in Guantanamo Bay (L). A few miles away, a similar door, fresh and bright with a new coat of paint, guards the home of a Cuban family. Photo:Reuters 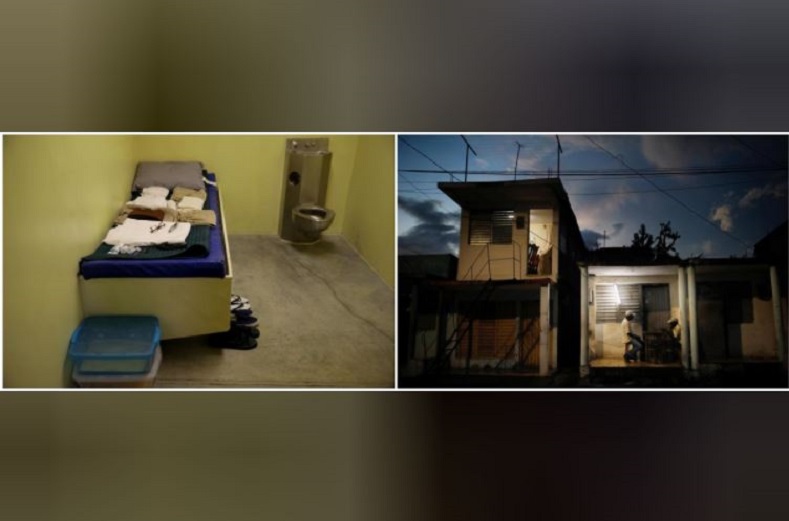 On the left, a standard cell in the Join Task Force Guantanamo Camp VI. Across the city, local residents sit in a small compartment outside their home busy with a game of dominos. Photo:Reuters 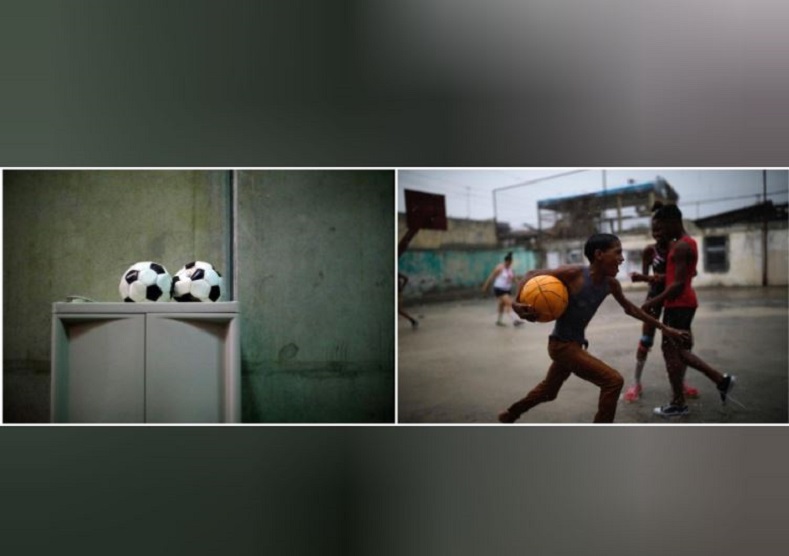 To the left, two soccer balls sit dejected inside a cell block at the U.S. Naval Base. A group of young Cuban boys improvise, using a basketball to play a soccer game in Guantanamo city. Photo:Reuters 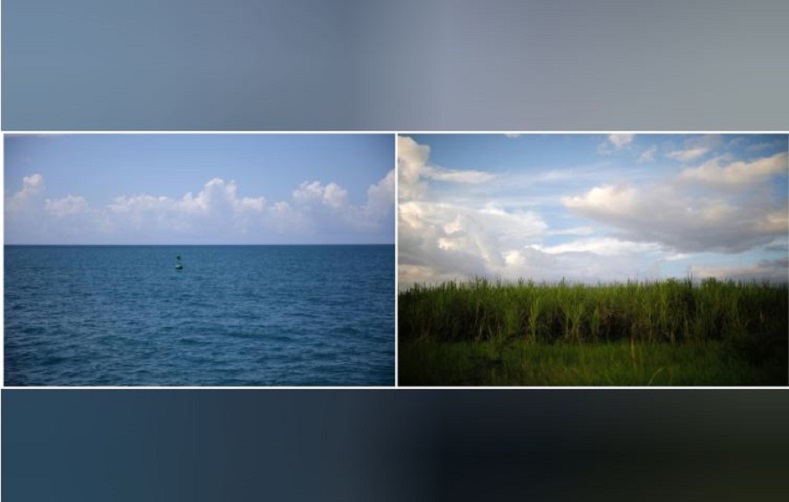 Two views: one from the Naval base, a buoy bouncing in the Caribbean waves. The second pictures a sugar cane field just outside the city of Guantanamo, Cuba. Photo:Reuters 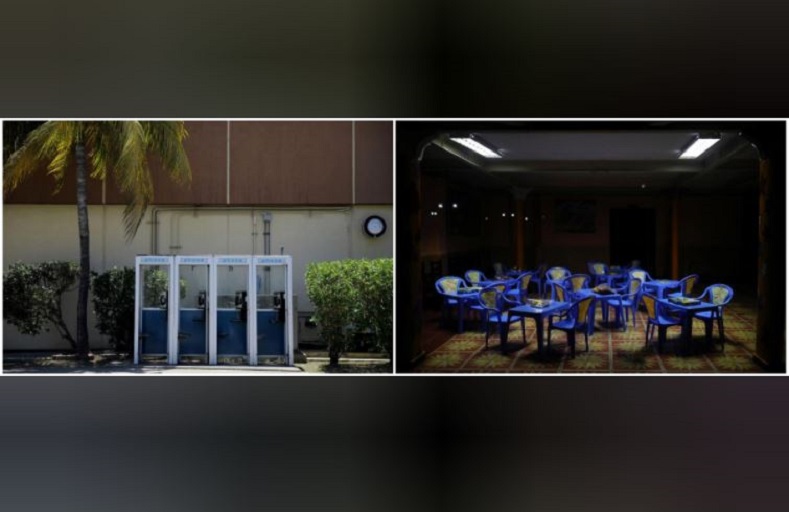 Four telephone booths outside a shopping mall on the U.S. Naval Base. A cluster of plastic tables and chairs inside a children’s play area in inner city Guantanamo. Photo:Reuters 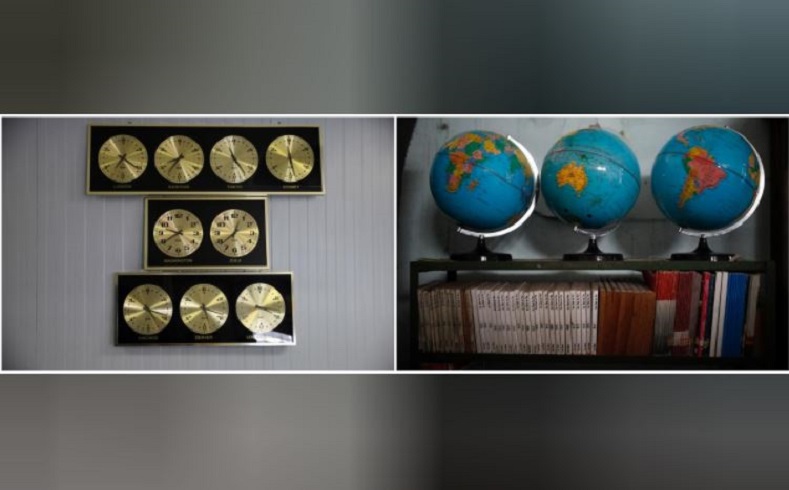 Clocks keep time, measuring the hour of various capitals around the world along the wall of the naval base. Outdated books and well-worn globes line the shelves of a local school in Guantanamo Bay. Photo:Reuters 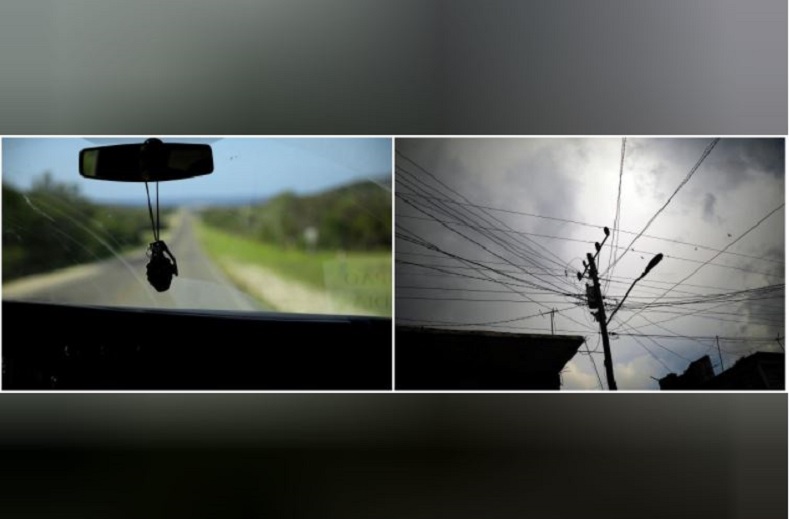 A plastic grenade swings from the rearview mirror above a Navy sailor's dashboard. High above the car, a tangle of electrical wires dangle across a busy street in Guantanamo city. Photo:Reuters 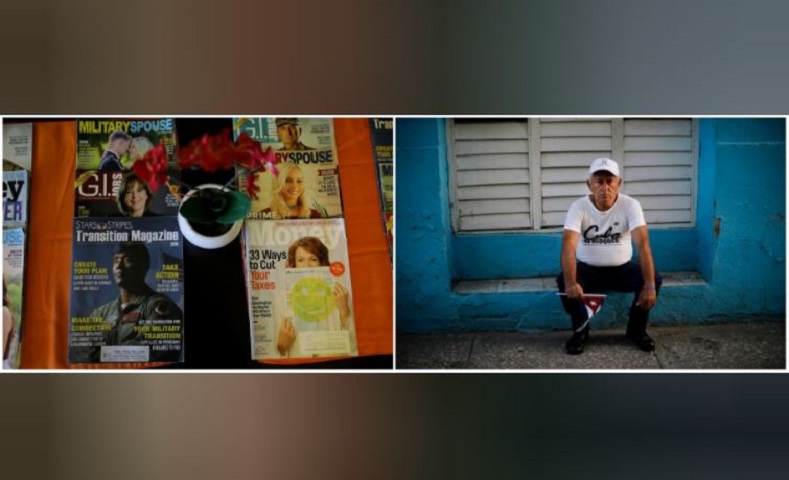 A cultural clash is perfectly depicted by this photo of U.S. magazines in a shop on the Guantanamo Naval Base and, adjacent, an old man holding a Cuban flag Photo:Reuters 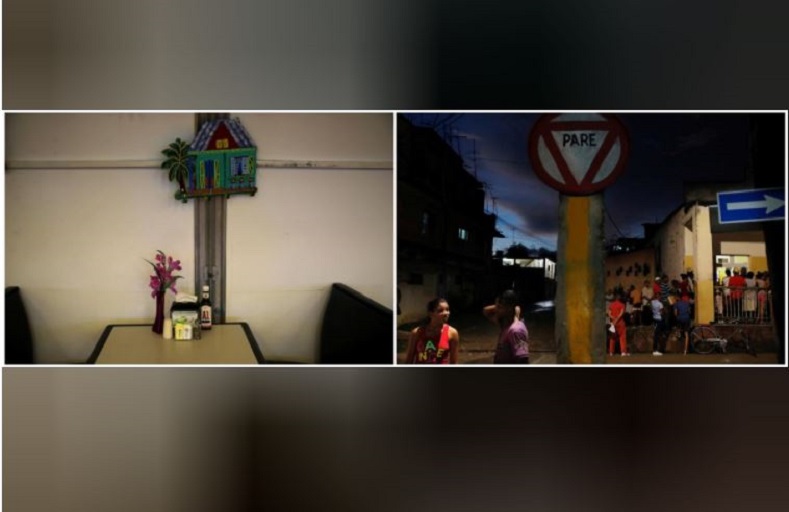 A table set for two at a restaurant reserved for Navy personnel, while Cuban residents stand in line waiting to buy bread at a local convenience store. Photo:Reuters 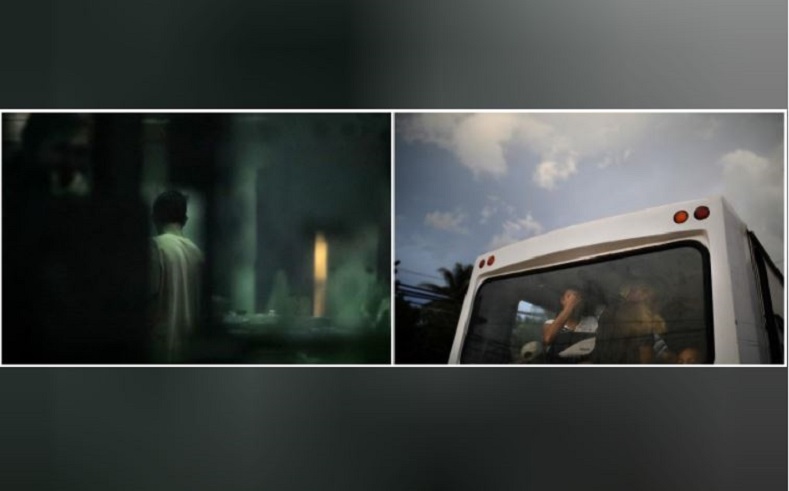 An unidentified detainee is escorted to a cell block at the Naval base in Cuba, versus a city bus crowded with local residents. Photo:Reuters