100 Years Ago: The October Revolution in Pictures

IN PICTURES: The Bolsheviks seized the Winter Palace 100 years ago in 1917, paving the way for the establishment of the world's first socialist state.

Under the revolutionary leadership of Vladimir Lenin, the Petrograd Soviet, the Bolshevik Red Guards and masses of workers occupied and seized government buildings on Nov. 7, 1917, decisively taking the Winter Palace and toppling the Provisional Government.

Although the February Revolution had ousted the hated Tsarist monarchy, the Provisional Government that took over was incapable of meeting the needs of the people for "Peace, Bread and Land," leading Lenin to argue for its ouster as well.

The armed, but nearly bloodless insurrection, paved the way for the establishment of the Union of Soviet Socialist Republics, the world's first socialist state.

Immediately after taking power, the new revolutionary government held elections for a constituent assembly and began the process of nationalizing private property and industry to build socialism in what had only months before been a semi-feudal society. 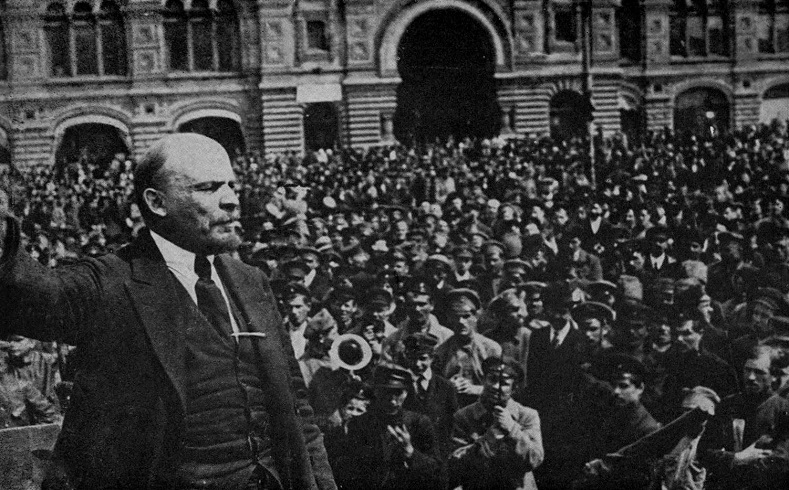 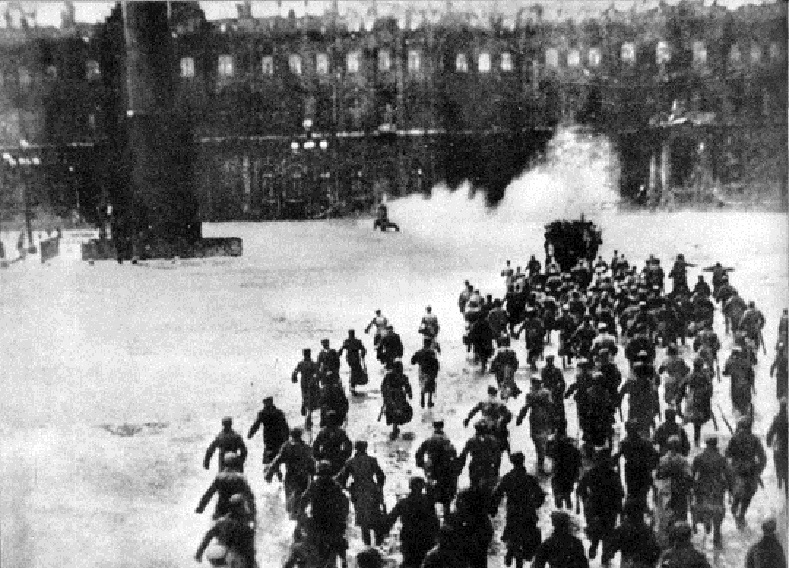 The Petrograd Soviet and Bolshevik Red Guards, backed by workers, stormed the Winter Palace, taking it without much difficulty. Photo:Wikimedia Commons 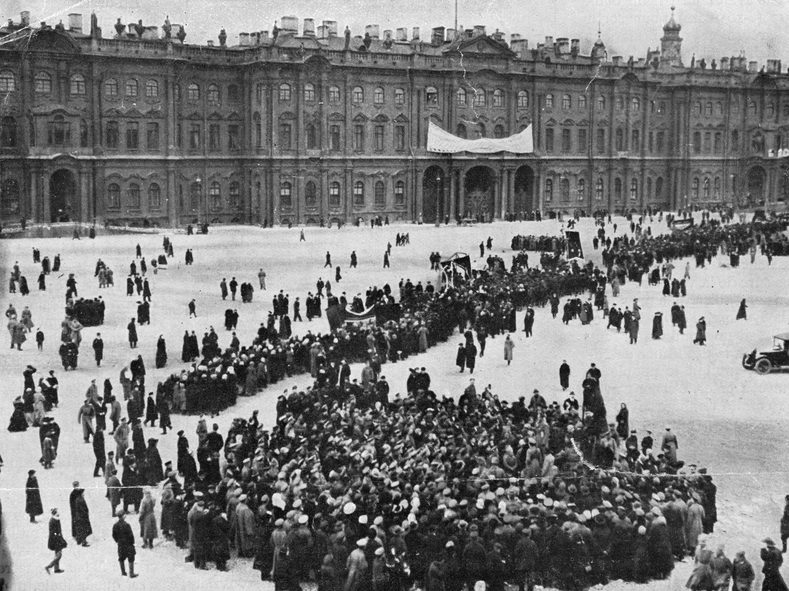 The Winter Palace was taken with little violence. Photo:Wikimedia Commons 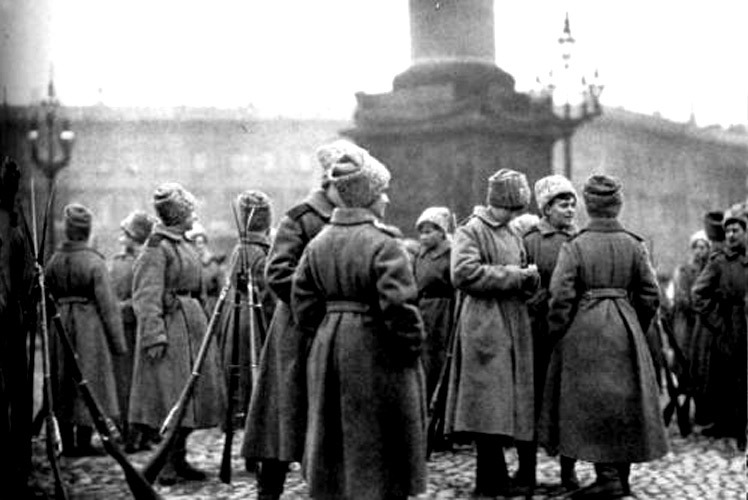 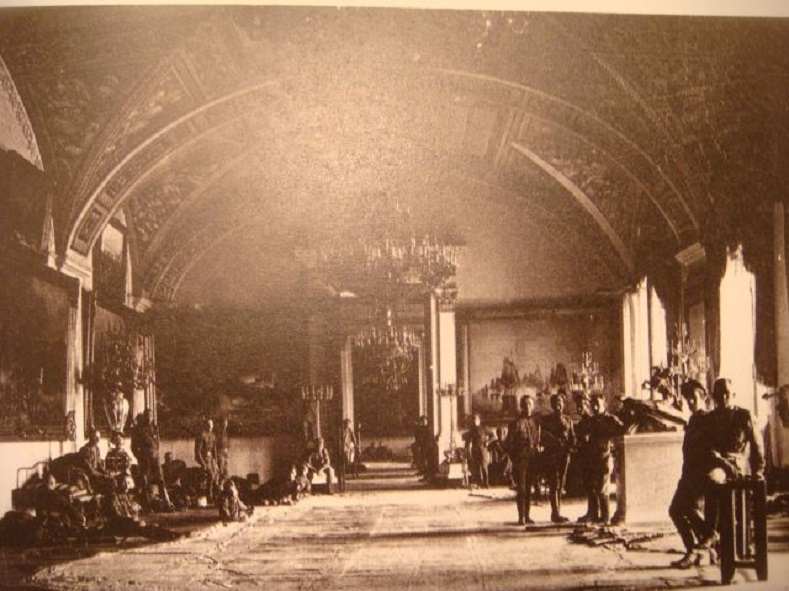 Faced with impending defeat, the last guards of the Winter Palace under the Provisional Government stand watch. Photo:Wikimedia Commons 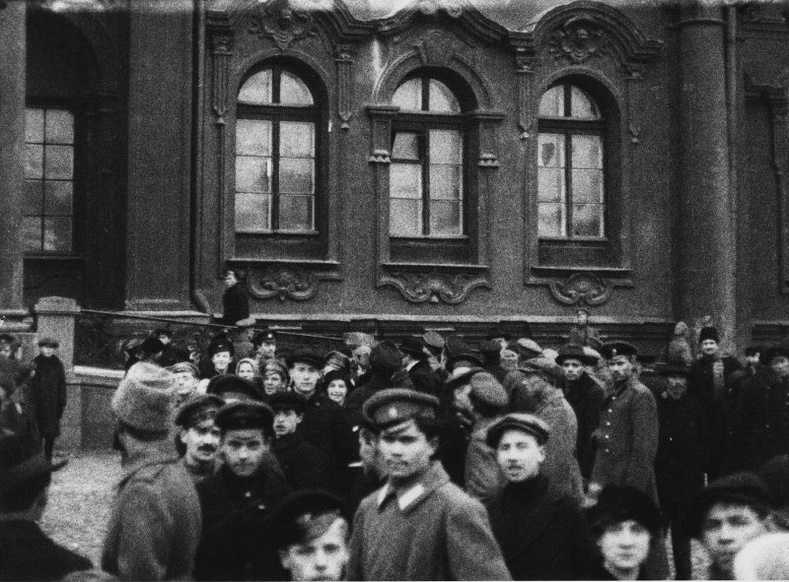 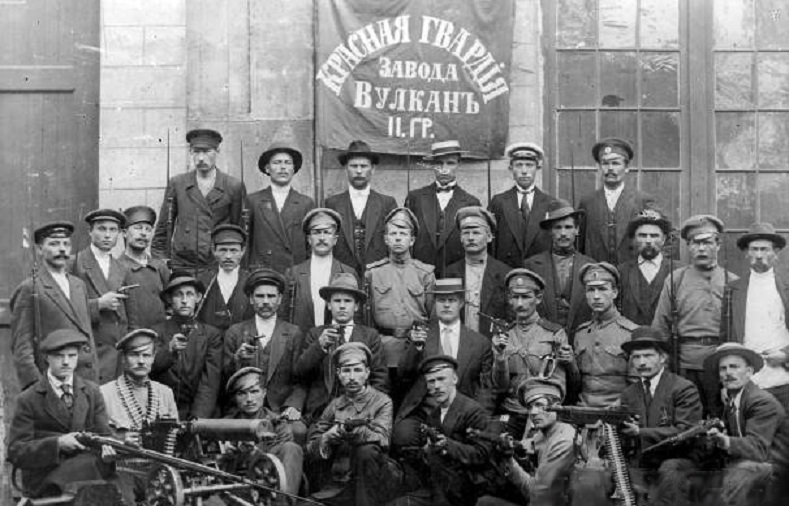