Social groups and members of parliament are demanding the resignation of Brazil's coup-imposed president, Michel Temer, after a wiretap implicated the leader in a political corruption scandal.

Parliamentarians appeared with signs bearing the message "I already knew" in reference to the longstanding allegations against Temer and his involvement in the notorious Operation Car Wash investigation.

The tape, reported by O Globo Wednesday evening, revealed that Temer had given his blessing to hefty bribes in the name of keeping a key witness, Eduardo Cunha, quiet in the country's largest-ever corruption investigation.

Cunha, the former speaker of the lower house, the chief mastermind behind the parliamentary coup against former President Dilma Rousseff and an ally of the unelected president, was sentenced to 15 years in jail in March for corruption, money laundering and tax evasion. 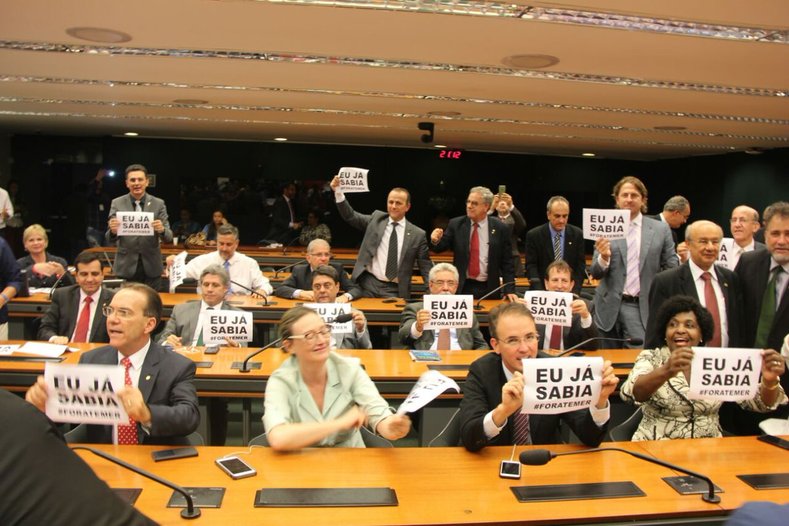 Minister of Defense Raul Jungmann, Minister of Culture Roberto Freire, Minister of Cities Bruno Araujo and Foreign Minister Aloysio Nunes said they planned to step down if Temer did not resign. Photo:Workers' Party of Brazil 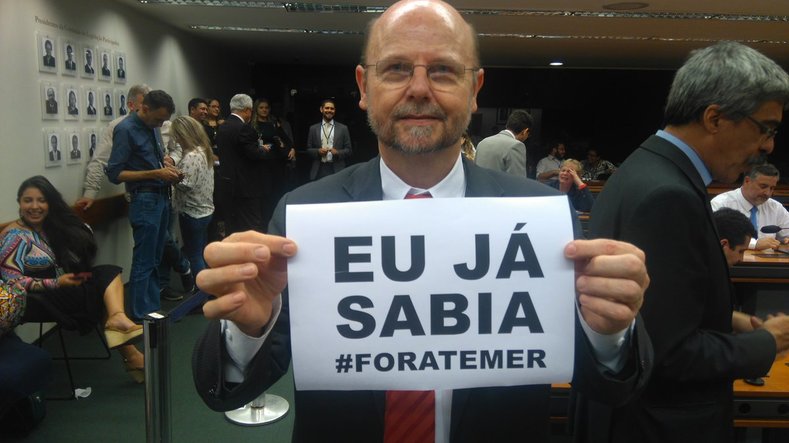 The expected protest comes after the Supreme Court ruled to suspend Senator Aecio Neves and lower house lawmaker Rodrigo Rocha Loures, both Temer allies implicated in the latest wiretap as also being involved in bribery schemes to cover up corruption. Photo:Workers' Party of Brazil 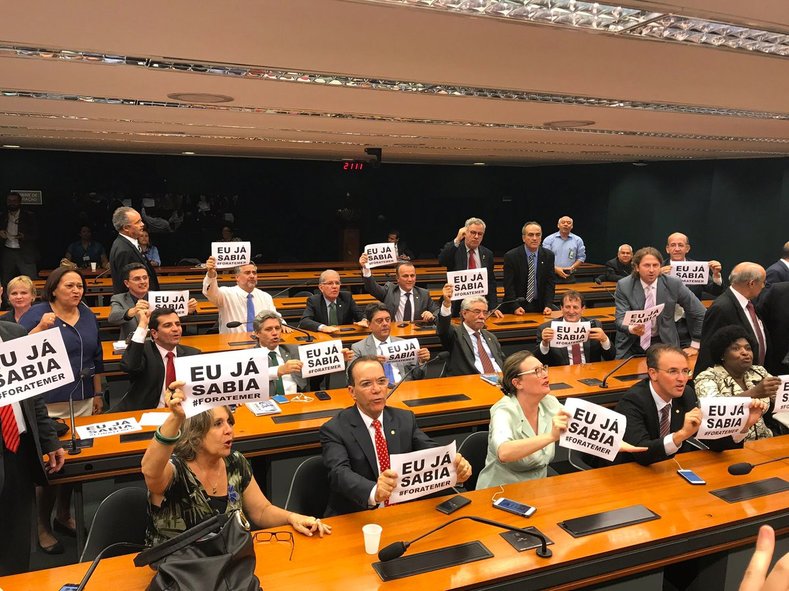 Temer's administration has been embroiled in corruption scandals since being installed in power last year, but the Batista tape is perhaps the strongest blow to the stability of the unelected government yet, plunging the already highly unpopular executive deeper into crisis. Photo:Workers' Party of Brazil 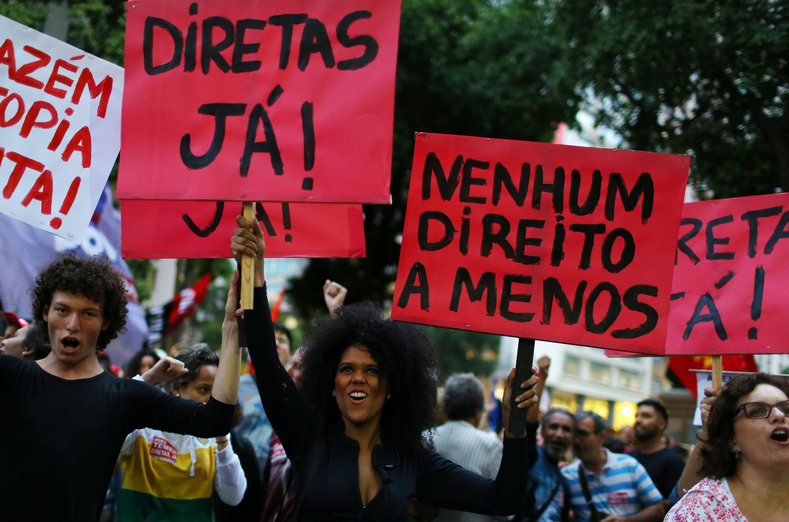 Demonstrators attend a protest against Brazil's President Michel Temer in Rio de Janeiro, Brazil, May 18, 2017. The signs read: "Elections Now! and No right to less." Photo:Reuters

A demonstrator carries a Brazilian national flag as she attends a protest against Brazil's President Michel Temer in Rio de Janeiro, Brazil, May 18, 2017. The signs read "Out Temer." Photo:Reuters 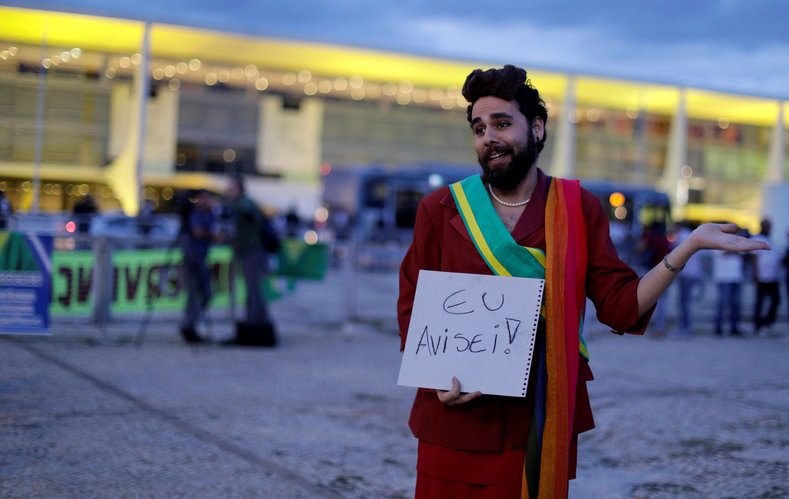 A demonstrator dressed as Brazil's former President Dilma Rousseff gestures during a protest against Brazil's President Michel Temer in front of the Planalto Palace in Brasilia, Brazil, May 18, 2017. The sign reads: "I warned you!" Photo:Reuters 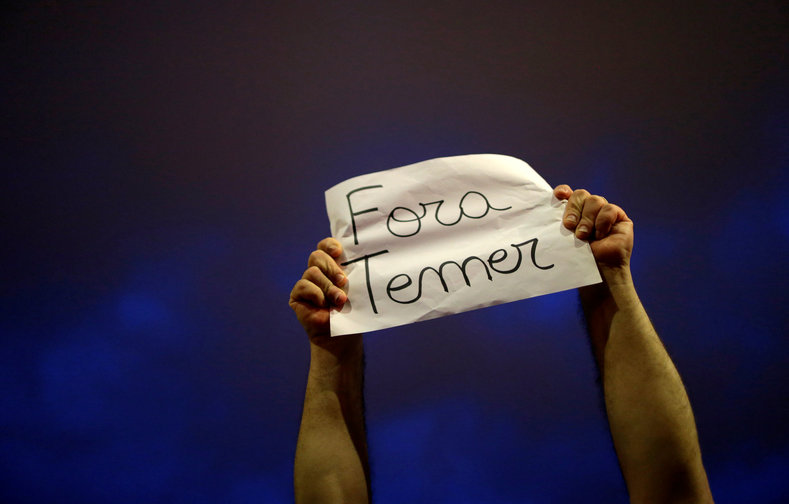 A demonstrator protests against Brazil's President Michel Temer in front of the Planalto Palace in Brasilia, Brazil, May 18, 2017. The sign reads: "Out Temer!" Photo:Reuters 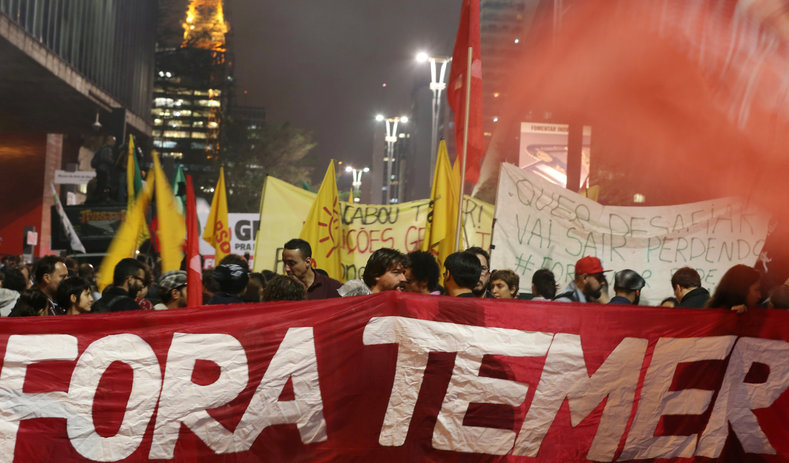 Demonstrators attend a protest against Brazil's President Michel Temer in Sao Paulo, Brazil, May 18, 2017. The sign reads: "Out Temer." Photo:Reuters 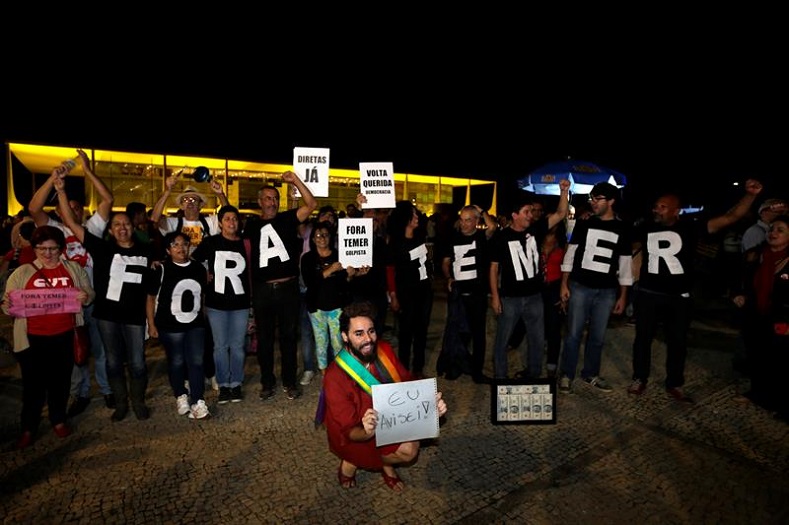 The news of the scandal has sparked calls for Temer's impeachment, halted debate on controversial neoliberal reforms and raised serious questions about the ability of the government to survive until the 2018 presidential election. Photo:EFE 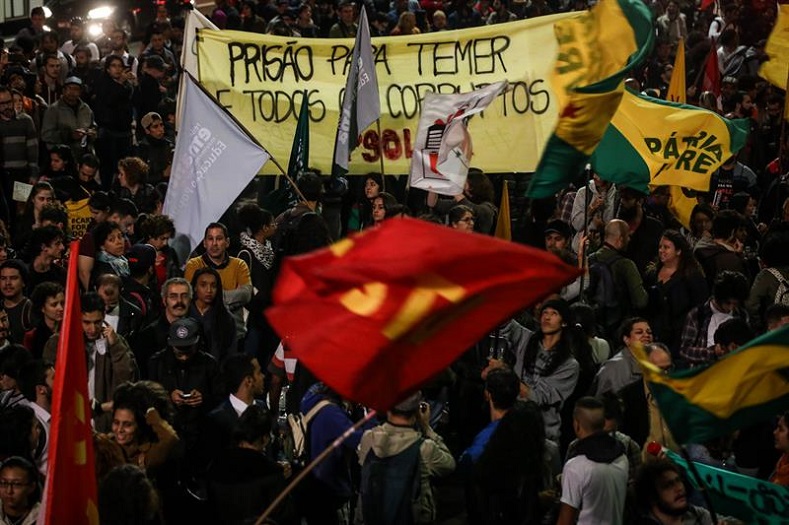 Despite the calls, the unelected president announced he will not resign in the face of the biggest scandal to hit his crisis-ridden government yet. Photo:EFE