The Empire is on its final onslaught against all independent nations that are standing in its way to absolute hegemony and control of the world. 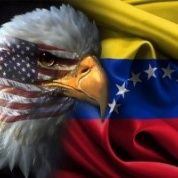 I have dedicated the last two years to writing and making films about those countries that are clearly on the detectable ‘hit list’ compiled by the neo-colonialist masters in Washington, Paris, and London.

The tactics on how to destabilize each particular nation do vary, and so does the intensity of attacks. But essentially, every country that dares to insist on its own independent course, on feeding and improving the lives of its own people, has been facing great danger.

I wrote an entire book on the topic: “Fighting Against Western Imperialism”, and there is one, a much longer one, coming up soon, called “Exposing Lies of the Empire”.

I wrote about the crimes committed by the Empire against Cuba and Venezuela, and I made a film for TeleSur, on how the West ‘derailed’ the Arab Spring in Egypt. I investigated the West’s support for the Thai monarchy, military and elites, and I studied the brainwashing process that led to the recent anti-Chinese “Umbrella Revolution” in Hong Kong. I visited North Korea and Eritrea, two countries that the West boxed into corners, and then isolated, sanctioned and demonized. I drove through the entire Ukraine, last year, and what I witnessed was a confused and totally derailed country, being provoked and pushed into absolute disaster by external forces, coming from the West. And I analyzed the ‘softer’ outside pressures, those trying to overthrow the attempts to build socialism in Zimbabwe and South Africa.

In all the above-mentioned countries, the West in general and the US in particular, got extremely busy manufacturing, even mass-producing ‘opposition movements’.

In some cases, where ‘everything else failed’ and nations refused to succumb to Western banditry and terror, direct force was used, and millions of lives were destroyed or ended, as happened in Syria, Libya and now again in Iraq.

Just two months ago I stood only 6 kilometers from Mosul in Iraq, at the ‘border’ between ISIS and the so-called Iraqi Kurdistan. The US aerial bombardment and its drones destroyed the villages that were surrounding me. ISIS, that was holding their positions just one or two kilometers in ahead of me, had been created, trained and armed by NATO: in so-called ‘camps for Syrian refugees’, set up in both Turkey and Jordan. I reported on this for more than 2 years, for almost all the alternative media.

Every ‘opposition movement’, NGO or fragment of ‘civil society’ that the West has been creating, in order to destabilize and ruin ‘rebellious’ and independent-minded countries, is labeled as ‘pro-democratic’.

In reality, these movements have consisted mostly of well-paid, treasonous elements, staffed with mercenaries and traitors.

But the ‘mass production’ of such elements and ‘opposition movements’, at some point began backfiring. It is because not all people are for sale! It is because in some countries, like Venezuela and Cuba, the majority of citizens soon realized what is really going on!

In Cuba and Venezuela, patriotism and revolutionary zeal, as well as dignity, has so far managed to defeat foreign interventions. ‘Patria no se vende!’

Which does not mean that the danger is over!

The Empire is getting truly desperate. It is well aware that it is now rapidly losing support, all over the world, and that if Venezuela and Cuba, China and Russia and other independent-minded countries were to manage to prevail and defend their course, its brutal force will not be able to scare the world into submission for much longer!

Our media, Telesur and RT, Press TV, CCTV and other truly anti-imperialist networks, are now inspiring hundreds of millions of people worldwide. We are fighting a true and epic war on the airwaves, in printed media, and on-line. It is the Great Media War that we are fighting, against disinformation and propaganda - a war, which had been launched against the people of the world decades and centuries ago by the Western colonialist, imperialist and corporate media. And we are winning! The voices of freedom and revolution are being heard on all continents.

The Empire and millions of its agents are well aware of what is happening. Our optimism and revolutionary enthusiasm is much more attractive than the Empire’s dark nihilism! And because the West is not able to imagine its existence without controlling the planet, it sees the war against true freedom, social justice and internationalism, as ‘the war for its survival’.

The latest imported coup-attempt against Venezuela had failed; the latest crusade, a spark from the ‘Monroe Doctrine’.

Now we have to provide details, including the most appalling ones, and shame the US, which is obviously behind this heinous act. We have to approach the UN and international courts. Yes, they are morally corrupt and they are siding with the perpetrators, not with the victims; they defend the interests of Western powers. But we should still do it, as a matter of principle; at least we should try.

This is also the time to show solidarity. The entire Latin America has to unite in condemning this attempted coup. It is actually doing it, through UNASUR, and on a State-by-State basis.

But this is still not enough!

The United States, or any other nation that interferes so arrogantly in the affairs of another independent country, should face consequences. Sanctions should be imposed! It is not unrealistic. If not through the UN, then they should be imposed through UNASUR.

Unless such acts of terror get punished, nothing will ever change. And therefore, we have to find a way how to punish them.

The West may be leading its latest grand onslaught against the rest of the world, but if united, this world cannot and will not be defeated.

And Venezuela, one of the leaders of the truly free world, cannot and will not be allowed to fall!

Andre Vltchek
Andre Vltchek is a philosopher, novelist, filmmaker and investigative journalist. He covered wars and conflicts in dozens of countries. His latest books are: “Exposing Lies Of The Empire” and “Fighting Against Western Imperialism”. Discussion with Noam Chomsky: On Western Terrorism. Point of No Return is his critically acclaimed political novel. Oceania - a book on Western imperialism in the South Pacific. His provocative book about Indonesia: “Indonesia – The Archipelago of Fear”. Andre is making films for teleSUR and Press TV. After living for many years in Latin America and Oceania, Vltchek presently resides and works in East Asia and the Middle East. He can be reached through his website or his Twitter.
Loading...
Comment
1

Sign In Register
Order by
Richard Wright
Now I understand the view of UNASUR FREE WORLD agree with us or we put you in prison you have the freedom to shut up agree or be killed. You do not need free press the government will control that for you Nazi News brought to you TELE SUR
Reply
Post with no popular comments.