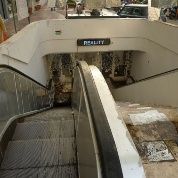 When they did, I was in Brazilian Amazonia.

In Europe and North America, many members of the Left rejoiced. It felt like some desperate, final spark of hope: like “now or never.” Mostly defunct, lethargic and irrelevant, European Left was given one more, perhaps the last chance. Now it was celebrating.

Amazonia was not too moved. Greek financial troubles were far away and no Greek ‘progressive’ politician made any statement that would be relevant to Brazil or to the rest of Latin America (while Latin American governments offered great solidarity to Greece).

Is there really much to celebrate?

Most of progressive publications, as well as individuals like Zizek, jumped on the bandwagon. Big slogans were flying all over the sky: European culture, European democracy, and European people, all with chilling admiration.

And in between, there were such predictable chauvinist statements, like those written by Zizek in his “Slavoj Žižek on Greece: This is a chance for Europe to awaken”: “The Europe that will win if Syriza is outmanoeuvred is a Europe with Asian values...”

Asian Values was, of course, something that was supposed to stink of shit.

One thing that I know for sure is that the Left in most of the world does not actually want “Europe to awaken.” Whenever it did, millions in Asia, Africa, Latin America and the Middle East had to die, paying with their blood and sweat for European social systems and high living standards of its people.

Most of the world wants Europe to live from its own resources and labor, and divorce its neo-colonialist habits.Humble, austere, compassion Europe would be the only proof there actually is some change; that those horrid centuries of plunder, arrogance and self-righteousness had truly ended.

There are no signs that it is actually happening: in Paris, London, Rome, and Madrid or in Greece.

Just couple of months ago I visited Athens, and I spoke to many people on the streets, in cafes, as well as with those who claimed to belong to the Left. With one breath they would express their disgust for IMF and EU, as well as their hate for desperate immigrants who are coming from Africa after their countries were destabilized and destroyed by the West.

I kept asking and asking about feelings that Greeks have for Latin American revolutions and Asia, but there was close to no knowledge about what was taking place in Venezuela, Ecuador or in China. Most of people wanted to change the subject, or just repeated what mainstream Western propaganda has been proliferating for years and decades.
Right after “NO!” vote, I wrote two different essays; One for Counterpunch:

And one for Russian magazine NEO:

In both essays I was asking many uncomfortable questions:

The West is still encircling China and Russia, provoking the world into WWIII. It is attacking, systematically destabilizing, the left wing governments of Latin America, those in Venezuela, Ecuador, Bolivia, Chile, Brazil, Uruguay, Argentina and Cuba, as well as many “uncomfortable governments” in Iran, China, South Africa, Zimbabwe, Eritrea and North Korea.

Instead of supporting those Left-wing governments that are in power right now, all over the world, the West’s Left is betting heavily on the country, Greece, which possesses nothing even loosely resembling the basic principles of socialist internationalism!

And I have been asking again and again: “Is it only because Greece is a European country, because it is white?”

I received hundreds of letters. From Asia, the Middle East, Africa and Latin America. Not one was negative. Most of them were shyly supportive, grateful.

Letters from Europe were mixed.

Communication from Greece was “extreme”. Some began translating my work to Greek, once again. Others unleashed personal, outrageous attacks, mixing racism (yes, even my racial background was used to insult me) with gutter words and with declarations that great Greek civilization (of some 2,000 years ago) is the pronounced proof of Greek enormity.

It did not sound Communist to me, not even socialist, and definitely not “internationalist.”
I suggested that the fight for humanity is actually being fought in Caracas and Quito, not in Athens. “Greeks are fighting for Greece,” I added.