A wave of anti-corruption and pro-democracy protests have swept across large parts of Central America and Mexico this past year, demanding an end to impunity and that elected officials be held accountable. 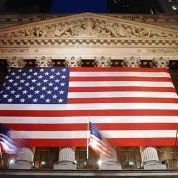 Current and former presidents from Mexico, Honduras, Guatemala and Panama have been implicated in massive corruption scandals, which have contributed to much of their countries' sufferings.

However, these are also among the leaders that have received the backing and support of the U.S. government, although Washington has taken different positions towards each.

For months Guatemalans have tried to get President Otto Perez Molina expelled from office, which finally came to fruition when he resigned, and disappeared, in the early hours Thursday morning. Perez Molina was stripped of his diplomatic immunity earlier this week, and is expected to be charged with bribery, illicit association and customs fraud for his involvement in the scandal known as “La Linea”.

The scandal involved a network of officials and private citizens receiving large bribes from business people in order to help them evade taxes. Several officials from Perez Molina's administration were implicated in the crime, forced to resign and arrested, including the now former Vice President Roxana Baldetti and, of course, Perez Molina himself.

This is the same administration that has received millions in support from the U.S. government, much of which involved military and police support, creating close ties between the two countries. These ties have existed for over 50 years since the U.S. – under the guise of destroying the threat of communism – helped orchestrate a coup against President Jacobo Arbenz Guzman in 1954.

The ties extended years later, including when Perez Molina served in the Guatemalan Army, prior to his presidency, as both a Director of Military Intelligence and later inspector general of the army. The former general and School of America’s graduate, is accused of having carried out massacres against Indigenous people in Guatemala – all the while on the CIA payroll.

Neighboring Honduras is experiencing its own scandal. Hondurans have been taking to the streets every Friday for almost three months in ritual protests denouncing the government's involvement in a fraud and graft scheme that nearly destroyed the national health service. The scandal involved the director of the Honduran Social Security Institute (IHSS) and other high officials who allegedly siphoned off some US$200 million through inactive shell companies to pay for luxury lifestyles, including mansions, sports cars and lavish parties.

President Juan Orlando Hernandez has not been directly implicated in the corruption scandal, however his party also received millions through the scam for his election campaign – something Hernandez himself was forced to admit.

Hernandez told citizens that his government would get to the bottom of the scandal, however he has also resisted their demands to create an independent criminal investigative body under the aegis of the United Nations. This has led many to believe that the president is involved in either this scandal or others.

The U.S. has remained mute on the issue or corruption and the resulting uprisings in the country. Various U.S. officials are accused of having helped orchestrate a coup against reformer President Manuel Zelaya – which was condemned by the United Nations – and replaced him with a de facto regime.

Before that, like in Guatemala, the United States has for years been providing Honduras with military and policing aid. This has continued despite the rise in human rights abuses reported in the country over the years, particularly since the 2009 coup. According to reports, these abuses have been committed by the very same security agencies that receive U.S. aid and training.

Citizens across Mexico have been organizing regular rallies, marches, convoys and other acts of protests for almost a year, after 43 students went missing from a teachers' training school in Ayotzinapa, Guerrero. The remains of one of the students have been identified, however the others are still missing, leading many to believe that they were also killed.

In the past year, evidence has emerged that has implicated the mayor of Iguala (where the students were last seen), his wife and local police. Other allege the involvement of the Mexican army and even President Enrique Peña Nieto's administration in the crime and subsequent cover-up.

Peña Nieto has also been acussed of corruption in his brief time in office, having been found to favor his family and friends in government business deals worth millions. This includes an old friend of Peña Nieto's contractor Juan Armando Hinojosa Cantu, who has provided multimillion dollar homes to the president and his wife as well as the finance minister for little – or zero – profit. Hinojosa's firms have already secured US$2.8 billion in business with the Peña Nieto's government through more than 80 contracts.

Despite the implicit human rights abuses and corruption allegations – along with the outcry of the Mexican people – the U.S. government has never condemned Peña Nieto's administration or demanded an inquiry or explanation into these accusations. On the contrary, the two nations continue to be thriving business partners. According to the U.S. State Department website, Mexico is the U.S.'s second largest export market (after Canada) and third-largest trading partner (after Canada and China).

Beyond economics, the U.S. role in the bloody “drug war” in the country – especially the ATF gunwalking scandal – could explain some of the silence.

A little further south, former President Ricardo Martinelli (2009 – 2014) is facing a number of corruption scandals, including embezzlement and wiretapping during his administration. The former president fled the country in January, hours before the Supreme Court announced it would investigate corruption during his administration. He has been self-exiled in Florida, U.S. ever since.

In April, the former president lost his diplomatic immunity, paving the way for charges to be laid against him. He has been accused of leading an embezzlement scheme, forcing officials to sign “anomalous” contracts worth up to US$45 million. This includes millions of dollars the government paid a dried fruit company, for fruit which it allegedly handed to students as part of a social program. In June, the president was also accused of leading illegal wiretap operations against 150 people, including business leaders and politicians.

Despite his alleged dirty dealings, Martinelli was a close friend of the U.S. government. Upon taking office, Martinelli made sure to finalize the Panama-U.S. Trade Promotion Agreement as one of his top priorities. He also signed an agreement with the United States and 11 other states, to exchange tax and other information upon request – what was meant to function as a tool to investigate financial criminals, though these countries have remained silent on the current financial scandal.

Despite Marinelli's strong focus on growing the economy, the U.S. government has continued to give millions to Panama every year for economic and military aid.