J.K. Rowling, author of the Harry Potty series, was asked by her publisher Barry Kunningham to use just her initials (she made up the K), as he thought boys might be wary of a book written by a woman. Many people assume that Harper Lee is a man, Charlotte Bronte originally published as Currer Bell in order to succeed, and when Nora Roberts wanted to branch out of romance and into detective fiction, she adopted a male pen name. 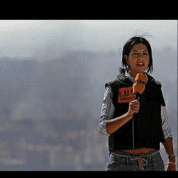 In the media world too, women are often overlooked as experts to be interviewed, and many who are asked will turn down interviews due to lack of confidence, with men with less experience ultimately doing them. The exclusion of women, as well as other unempowered groups (workers, the poor, migrants, non-whites, non academics, young people) occurs throughout the writing process: editors, publishers, writers (of books and articles), reviewers, academia, interviewers and interviewees. But what are the social and political consequences of words, ideas, stories, social discourse, the news, and history being dominated by one small, often well meaning, but privileged sector of society?

In literature, even though women buy and read more books than men, women account for just 17-22 percent of book submissions in the U.S, according to the National Endowment for the Arts. That is, according to Mslexia, women are 50 percent less likely to submit their finished work to publishers.  In the 2012 VIDA count, about U.S. women in literary arts, 316 male authors were reviewed in the New York Review of Books, and 89 female authors were reviewed. It’s no coincidence that 215 reviewers were male, and 40 were female. As Salon magazine put it, “Publishers assume that a book written by a man will sell to both men and women, but a book by a woman is a less reliable bet.” Likewise, author Sophie McDougal said that she had been told that if there was a woman on the cover, the book won’t sell, and she had been asked to change her half male, half female cast to 75 percent male. 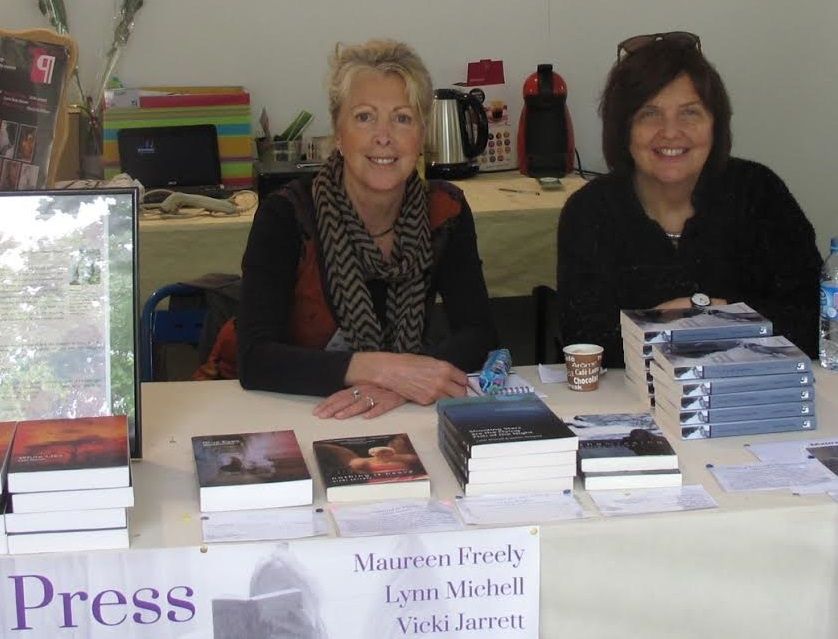 There are some brave and serious attempts to combat the inequality, with publishers like Linen Press, Virago, the Feminist Press, and a range of online media and radio shows that are run by women, for women. However, those projects also face obstacles. While “big presses have big departments and big budgets,” Lynn Michell, author and founder of Linen Press, told teleSUR that running the publishing house was a “fine balancing act,” a 24/7 job that depends on dedicated volunteers and interns.

Michell’s first novel was a fictionalized memoir about her inability to relate to her adolescent son during his stormiest years. When it was published by Women’s Press, she was relieved that her story would be read by other mothers. Motherhood is one of the most under-rated professions and one of those important social issues that are invisibilized, trivialized, or under-estimated by a male dominated industry.

​Only when women are equal partners in the multi-layered work of deciding what constitutes a story and how that story might be told, can we paint a more textured, accurate picture of the worlds that we all—male and female—inhabit - Julie Burton

Linen Press is one of various projects that makes such issues visible, and publishes people and stories that are often overlooked by a profit obsessed industry. Michell described how it started:

“One day a very elderly woman, dressed in beautiful pinks and purples, with three pairs of glasses round her neck, arrived with her carer. ‘I hope I’m not going to be a bloody old nuisance,’ she announced. We loved Marjorie Wilson. She was 93 years old and witty, critical, astute, funny. Then I discovered her lyrical memoir about Edinburgh at the turn of the century - vignettes of dancing classes and her mother’s bustling restaurant and her almost pagan love of nature.  It had been rejected by every publisher in the land. The women round the table were determined it should find an audience. ‘I’ll publish it!’ I said, though I had no experience whatsoever. Childhood’s Hill was the book that launched Linen Press. It was described in a double page spread in The Scotsman as ‘luminous, episodic, sensual, rather like memory itself’ and for one week, it beat (Scottish crime writer) Ian Rankin in the best sellers list.”

In print media, little has changed in the last 15 years, with female representation in the news rooms at 36.9 percent in 1999 and 36.3 percent in 2013, according to the Women’s Media Center. This inequality is almost exactly the same across the board, with men getting two-thirds of the print, internet, and wire news bylines and anchor positions of evening broadcasts. Columnists are still overwhelmingly old white men, with four times as many male columnists as female ones at the three biggest U.S. newspapers and four newspaper syndicates. The median columnist age is 60.

The articles that women do write, or are quoted in, tend to be issues that society deems less important. A Family Inequality study found that on Dec. 23, 2013, 65 percent of the New York Times style articles were bylined by women, while 22 percent of world and 23 percent of opinion articles were bylined by them. The Washington Post was worse, with women bylining 50 percent of lifestyle (their highest topic), 29 percent of politics, and 26 percent of technology. The inequality is worst in sports, where for example, of the 183 sports talk radio hosts on Talkers magazine’s Heavy Hundred, only two were women.  As teenagers, both genders tend to enjoy sports, so the fact that almost all sports written about are male sports may be a consequence of who is hired, rather than a cause. The belief is that women aren’t interested in sports (or politics, or technology, or sci-fi), yet they might be if their participation in them and their views on them were taken more seriously.

Society continues to teach and apply a social division of labor, where women are expected be more caring, un-opinionated, aesthetic, domestic, and invisible. The 2012 Annual Survey of Journalism and Mass Communications Graduates in the U.S. showed that female graduates were much more likely to seek advertising and public relations jobs, while men were more likely to seek television, print, and radio news jobs.

The inequalities in newsrooms however apply to other unempowered groups, with non-whites making up just 12-13 percent, according to ASNE. That is, newsrooms in the U.S. are almost 90 percent white, mostly male, and mostly quite old.

The mainstream journalism and book industries are quite elitist. Book publishers tend to seek celebrities and whatever is guaranteed to sell well and be profitable, rather than what is socially useful. In fiction, 0.01 percent of titles account for 50 percent of sales, and 0.1 percent for around 80 percent.

There is also a huge gap between who reads, and who writes.

“The odds have always been stacked against women writers, even though 80 percent of fiction in the U.S, U.K. and Canada is bought and read by women, and book groups and literary bloggers are almost exclusively female,” Michell said. “While women read books written by men, men do not reciprocate. So by publishing women writers I’ve lost a lot of readers before I start. This may be a knock-on effect of a predominance of male authors being taught in schools so that generations of school kids grow up thinking men write ‘important books.’” 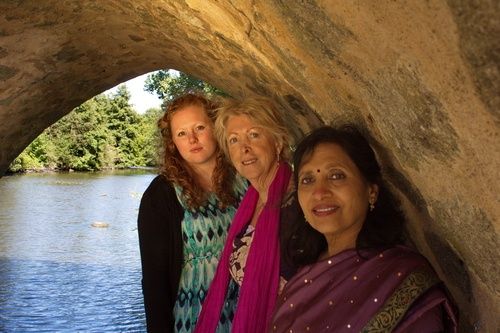 Just four percent of Nobel Prize literature winners have been women, Michell noted, and in the last decade, 38 percent of authors shortlisted for the Man Booker Prize were women.

She argued that though press for women writers isn’t the whole answer, “it feels like a very good place to be… Mainstream publishers could certainly reach out much more to women writers but until they do, we offer a springboard for those who might not otherwise find an audience.”

“Gone are the days when I walked into bookshops knowing I’d find a separate stand with the striped spines of The Women’s Press on one side and the green covers of Virago on the other. Women’s Press thrived then because famous, award-winning authors like Alice Walker, May Sarton, Stevie Davies and Janet Frame remained loyal to them, believing in the ethos and integrity of the press. From the proceeds of book sales from their high profile authors, The Women’s Press championed writers from minority ethnic backgrounds, and experimental and lesbian writers who, in the 1970s and 1980s, were still far from mainstream and whose voices would otherwise have gone unheard. I’m hoping for the same kind of loyalty from Linen Press authors,” she said.

Who owns the words, owns consciousness

The unequal ownership of words matters because it sends a message to women that their opinions are worth less, valued less.

Michell described how she published one writer, Hema Macherla, “a determined yet modest author who had come to London from the village of Atmakur in Andhrapradesh to an arranged marriage, unable to speak a word of English.” Macherla’s  Blue Eyes opened with 18-year-old Anjali, about to be burnt alive on her husband’s funeral pyre, and sold out.

"Only when women are equal partners in the multi-layered work of deciding what constitutes a story and how that story might be told, can we paint a more textured, accurate picture of the worlds that we all—male and female—inhabit," said Julie Burton, president of the Women’s Media Center in Washington, D.C.

Who owns the words matters because words are one of the key factors in how we understand things, in our social consciousness, our collective values, and therefore the way we act.  Democracy can never be real if words are monopolized by a small minority.