"The coronavirus is changing our way of perceiving the world" is the phrase that many people could repeat, although the corporate media refuses to accept. 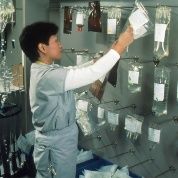 Despite the high human costs prompted by the new pandemic, the ways of reporting reality remain virtually the same.

And this is clearly seen in the discourse on the economy where thousands of voices scream desperate when Wall Street speculators lose money but few say something about street vendors who cannot quarantine at home because they have no home at all.

The “worship of data” hides the disaster

One of the things that the Covid-19 pandemic has not changed is "the obsession with numbers." In the economists' world, the Gross Domestic Product (GDP) is the most important macroeconomic indicator. With it, they believe the future can be foreseen, especially when it comes to imagining business earnings.

Just a few weeks ago, when China was the outbreak's epicenter, the International Monetary Fund (IMF) said that the pandemic would generate only a slight decrease in world production. There was not much to fear.

Oil prices had not yet fallen below US$25 a barrel, nor had stocks in New York sank. Now,  however, the picture is different, for everything has become a little bit messier.

We model two scenarios on the #coronavirus outbreak morphing into #pandemic. An #Asia pandemic wld cut world GDP $0.4tn (0.5%) in 2020 vs our baseline forecast. A global pandemic wld cut it y $1.1tn (1.3%), with the US and eurozone pushed into recession: https://t.co/hzOc31gbKV pic.twitter.com/RezojhXkTl

On Monday, the United Nations Conference on Trade and Development (Unctad) announced that the Covid-19 pandemic will likely cost the world economy US$1 trillion in 2020.

“Even if the worst is avoided, the hit to global income, compared with what forecasters had been projecting for 2020, will be capped at around the trillion-dollar mark,” the Unctad said and added that the global GDP growth rate could be less than 2 percent.

This downside, however, only exacerbates something that was already happening: since 2010, when the aggregate growth rate reached a little higher than 4 percent, the world GDP has been decreasing.

In Oct. 2019, in its World Economic Outlook, the IMF optimistically expected the 2020 global GDP to break that downward trend and hit 2.8 percent. But this will no longer happen.

“We envisage a slowdown in the global economy to under two percent for this year,” the Unctad’s Globalization and Development Strategies director Richard Kozul-Wright said, as reported by the World Economic Forum (WEF).

With or without the Covid-19, a severe economic slowdown was the most likely scenario for most economies, especially for those developing countries that increased their dependence on commodity exports over the past two decades. But that is only one issue in the story.

Thanks to the IMF-promoted policies, these countries lost their institutional capacities to respond to earthquakes, hurricanes or any other natural catastrophe.

A typical example of this programmed destruction of social resilience is Argentina, a country where former President Mauricio Macri implemented an agenda of market-based reforms that dismantled the national industry, increased external debt, and destroyed public health.

In Latin America and Africa, the problem goes beyond GDP growth rates. The tragedy is the interference that multilateral institutions have in what governments do or fail to do.

As long as this policy dependence does not change, the containment of the Covid-19 pandemic will not make much difference.

Macri’s Created Poverty Is the Highest of the Decade: Report

In the Global South, the real disaster is governments that prefer to ingratiate themselves with the U.S. rather than protect their population. When this happens, common sense disappears.

Concerning the Covid-19 pandemic, the European Union countries are designing policies aimed at fostering higher output levels. Even in governments led by conservative politicians such as Angela Merkel or Emmanuel Macron, active state intervention is currently being appreciated as a necessary option to overcome the pandemic’s short-term effects.

For this reason, "countercyclical" fiscal policies are being proposed to stimulate consumption or alleviate debt burdens. It doesn't matter that these policies last as long as the collective scare. At least, those policies are there now.

In countries indoctrinated by the IMF, however, the Covid-19 economy is being tackled in the opposite direction.

Chanting Milton Friedman's mantra that "there is no such thing as a free lunch," the developing countries’ elites are prone to raise taxes and reduce spending, although their economies are either already in recession or will go into recession.

One example of this approach is Ecuador, a country where, in order to get an IMF loan, President Lenin Moreno administration seems to be willing to "fight" the Covid-19 crisis by allowing local bankers to continue their business as usual.

In this South American country, which uses the U.S. dollar as currency, politicians do not analyze the reasons why the FED lowered interest rates to zero. It seems they haven't heard about it yet. They are too concerned with envisioning mechanisms to collect more taxes and to reduce the fiscal budget as "there is no such thing as a free lunch".

Well, not for everyone in any case because... local bankers will continue to charge interest rates above 12 percent a year for dollar-denominated loans. It could be said that Ecuador is an exceptional case. Unfortunately, it is not.

In Latin America, the absurd prevails even when the Covid-19 expands. And this is also reminded by Bolivia's coup-born government, which prefers to buy ammunition so that its security forces are prepared for the likely victory of the Movement Towards Socialism (MAS) in the presidential elections to be held in May.

And not to mention Chile, the world’s cradle of the shock doctrine. After six months of continuous social unrest, which has left more than 289 people without eyes, President Sebastian Piñera's most ambitious economic policy for tackling the coronavirus crisis might be to control the prices of some basic goods.

Chile’s health minister, who also claimed the country’s beleaguered health system is among the best in the world, is questioning whether suspending school is a good thing as children will lose ‘food, protection and security’ - ignoring the global trend towards ‘social isolation’ https://t.co/chkOenWtLz

The virus that stripped capitalism… although it was already naked

From before Covid-19 landed at Mar-A-Lago in Florida, the U.S. citizens were intensely discussing the need to build a public health system capable of protecting them. The "Make America Great Again" sounded nice but has not accomplished that task.

Amidst the context of the frustrations that the presidential primaries have been uncovering, it was surprising to hear someone say that the bipartisan system no longer works and that "it is time for the U.S. to have a socialist party." It was hopeful to hear it, for people in the United States could be much more unprotected than in other developed countries.

“When it comes to your health, the market is not your best friend.” And this will be brutally unveiled by the Covid-19 as citizens find out that words, no matter how "huge" they are, are not enough.

Disaster Capitalism and the Real Culprit in the Italian Covid-19 Catastrophe - https://t.co/zhDgZyrPIq via @commondreams

The pandemic is breaking with what seemed normal to all of us. The perverse effects of contemporary capitalism and the weaknesses of "globalization" are becoming visible everywhere.

This happens every time the Covid-19 reminds us that the productive specialization of nations or the long-distance movement of products have not been as good ideas as they seemed.

What neoclassical economists call "consumer sovereignty" is sinking. People do not have some controlling power over goods that are produced. Right now, and throughout this year at least, the core problem will not be that the Oregonians cannot consume Mexican avocados or that the Panamanians cannot import Californian oranges.

The globalization promoted by big companies has been forcing countries to specialize in the production of those goods for which they are supposed to have "competitive advantages". "The more extreme this productive specialization is, the better the economic result should be," the World Bank used to tell us.

Will COVID-19 lead us deeper into Fascism or Socialism?
We will know soon enough.

As a perverse effect of this efficiency vision, which despises local production carried out for local consumers, rare situations have been created, which place everyone at vulnerability. One of them is the spatial concentration of the production of medicines and medical equipment.

Currently, India supplies almost 80 percent of some active ingredients whereby generic medicines are manufactured. And this is supposedly an optimal result, according to neoclassical economists.

In early March, however, to protect the health of its 1,339 million inhabitants, this Asian country set export restrictions on some 26 active ingredients related to the manufacture of such medicines as acetaminophen, acyclovir, metronidazole, clindamycin or erythromycin. This trade restriction even applies to masks, gloves and vitamins B1, B6 and B12.

Good for them! but…. Too bad for the rest of us! As this example shows, the market’s invisible hand did not bring outcomes where everyone wins. Productive specialization only deepened the dependence of millions of people on what a few economic agents do or fail to do.

To hide this potentially tragic situation, neoliberal rulers present the "interdependence" as a good thing, which makes us feel more optimistic about the destruction of national production systems. Nevertheless, on a planet where people's lives do not have the same value, "interdependence" is just a tale.

A British cruise ship with 1,000 people on board, five of whom are known to be infected with Covid-19, has been refused entry into Caribbean ports for weeks.

It was just accepted by Cuba, which said “it is allowing the passengers to transit as an act of humanitarian solidarity.” pic.twitter.com/byNFJY9S7J

In complex societies, achieving economies of scale through either productive specialization or spatial concentration is not the only possible or desirable thing. And this is what the Covid-19 pandemic is showing us.

When this economic jargon is translated into plain language, the message for public policy is simple: "The State could protect you, the Market will never do it."

If the consequences of the pandemic are understood in the frame of social inequalities, the message is much simpler: Capitalism is not viable.

We all need another way to organize the production, distribution, and consumption of goods and services.