President Ben Ali's ouster on Jan. 14, 2011, when he was forced to flee to Saudi Arabia, inspired protests in six other countries across the Middle East. But six years later, there is a stark difference between the outcome of the protests in Tunisia and those that took place in Yemen, Saudi Arabia, Bahrain, Egypt, Syria and Libya. 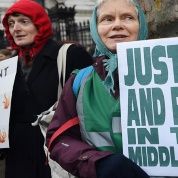 On Jan. 14, 2011, President Ben Ali stepped down from office and fled to Saudi Arabia, arguably the biggest player in hindering the aspirations of the early Arab Spring protests.

After that day, Tunisia descended into chaos as conservative political parties and extremist groups delayed and opposed political and economic reforms. However, in less than three years, the country managed to correct its trajectory due to a few level-headed leaders who chose to give up power for the sake of the country.

In October 2014, secular parliamentary elections saw the conservative Elnahda party lose after ruling for less than two years amid protests and an extremist insurgency, making way for secular players. The country now has a new constitution which has been hailed as one of the most democratic in the Arab world in decades.

In 2015, the country became the first Arab state ever to be judged fully “free” by Freedom House, a United States-based monitor of civil liberties, and it moved up 32 places among countries ranked by the Vienna-based Democracy Ranking Association.

However, that does not mean that Tunisia has become a success story just yet. “When it comes to freedom and dignity the situation did not really change,” Lina Ben Mhenni, a Tunisian Internet activist, blogger and assistant lecturer in linguistics at Tunis University, told teleSUR last year in an interview.

”We enjoyed a few months of revolutionary euphoria but just after we went back to old practices, torture is still practiced, individual freedoms are not respected.”

She did, however, acknowledge that when compared with the experience of other Arab populations that formed part of the Arab Spring, Tunisia managed to progress.

Following the ouster of Ben Ali in Tunisia, the Arab Spring quickly gained a foothold as the country battled with more than 20 percent of the population living under the poverty line. Another longtime Arab dictator fell in February 2011 following 18 days of mass protests involving millions of peaceful demonstrators and a major police crackdown.

What happened next was all but a spring. The only democratic government in the history of Egypt led by former President Mohamed Morsi did not last a full year as the old guard and Mubarak’s allies regrouped and prevailed.

Morsi was ousted in July 2013 by his own Defense Minister Abdel-Fattah el-Sissi in a coup that followed protests against Morsi's government. The protests, according to leaks and secret documents, were supported by Arab rulers in Saudi Arabia and the United Arab Emirates, who were worried the waves of change would knock at their doors.

Before becoming president, Sisi saw one of the deadliest post-Arab Spring crackdowns when his troops killed about 1,000 protesters during a sit-in in Rabaa square in Cairo as part of the coup government’s crackdown on Morsi’s Muslim Brotherhood party.

Sissi is now the president after winning shady presidential elections in June 2014 with more than 95 percent of the vote and less than 30 percent turnout. He was the only candidate.

Not only is Sissi ruling the country with an iron fist and crushing any dissent, whether from the Muslim Brotherhood or the early secular revolutionaries of the 2011 protests, his seizing of power has also given rise to an extremist insurgency in the country.

Hundreds of people have been killed since he came to power in bombings and attacks across the country by Islamist groups.

Under the rule of Sissi and since the ouster of Morsi, at least 16,000 people have been arrested and more than 2,500 killed. More than 700 people were sentenced to death in April 2014. Morsi was sentenced to death over spying charges and a jail break.

Sissi’s power grab in 2013 through a coup was quickly organized by the U.S. and its Arab allies in Saudi Arabia, UAE and Kuwait. The Saudi Kingdom gave the junta regime US$5 billion less than a month after ousting Morsi in 2013. The UAE and Kuwait followed suit with more than US$5 billion compared to the Sissi regime.

Also, by the end of 2013, the U.S. and Europe had provided almost US$3 billion in loans for the Egyptian junta regime.

It is noteworthy that Saudi Arabia and the UAE sent 2,000 troops to Bahrain in 2011 and successfully quelled Arab Spring-inspired unrest there from the underprivileged majority Shiite community against the Sunni monarchy. Thousands were killed and arrested as a result of the crackdown on protests in the small Persian gulf country. The Shiite community is now more oppressed than ever.

Protests across Syria demanding political and economic reforms and inspired by the protests in Tunisia and Egypt in the period starting from March 2011 turned less than four months later into outright civil war. The country was turned into a proxy war for regional powers in the Middle East, mainly involving Saudi Arabia, Qatar, Turkey Iran, and Russia.

Turkey was the first country to call on Syrian President Bashar Assad to step down and until recently, when it signed a cooperation agreement with Iran and Russia, pushed for his ouster by financially and militarily supporting proxy factions, even extremist ones, who oppose the government in Damascus.

A report by the Financial Times in 2013 said that Qatar had funded the Syrian anti-government rebellion by "as much as US$3 billion" over the first two years of the civil war.

OPINION:
Russian Bombs, Like US Bombs, Will Not Bring Peace to Syria

The Stockholm International Peace Research Institute estimated that Qatar had sent the most weapons to Syria, with over 70 weapons cargo flights into Turkey between April 2012 and March 2013.

In the six-year-old conflict in Syria, more than 300,000 people have been killed and around 4.8 million people have been forced to leave the country as refugees, fleeing to Turkey, Lebanon, Jordan and Europe.

The Syrian conflict arguably produced in a matter if years two of the worst consequences of the Arab Spring: The Islamic State group and the global refugee crisis. They could well be the worst two things that have happened to the world in decades.

The Islamic State group, the indirect product of the U.S. invasion in Iraq in 2003 and the undoubted result of the security gap in Syria and Iraq, came into existence in the summer of 2014.

It managed to conduct one of the deadliest terror attacks in Europe in November last year when six gunmen and suicide bombers belonging to the group killed at least 140 people in the French capital.

Meanwhile, Syria continues to produce the worst refugee crisis since the World War II, according to European Union officials and aid groups. More than 1 million refugees have sought refuge in Europe as thousands continue to due crossing the Mediterranean.

But more than 4 million Syrians remain in the region. Many have fled Syria to neighboring countries such as Turkey Lebanon and Jordan. Recent estimates by the United Nations say that more than 2.5 million Syrians are in Turkey, while more than 1 million are in Lebanon. More than 600,000 Syrian refugees are in Jordan.

ANALYSIS:
Who is Who in Syria's Civil War?

Whether the Arab Spring failed or succeeded, it is fair to argue that the genuine aspirations of the Arab Spring revolts across the Middle East in 2011 were corrupted and hijacked by a range of governments and forces.

The Arab Spring simply did not produce the leadership needed to carry the nations towards successful governing systems, a failure induced by the decades-long support for Arab dictatorships by world-leading nations in the West and the East, which they continue to provide today.

Despite public claims by countries like the United States and others in Europe that such support is in favor of democracy, in reality it only serves their economic and political interests and leaves the long-suppressed Arab populations in a chaotic state when the autocrats fall.