8 November 2017 - 09:30 AM
Analysis
Paradise Lost: What the World Stands to Gain After the Paradise Papers
0

The Paradise Papers, a revelation into the world of taxes, tax havens and evasions, partially exposed the existential damage perpetrated by the 1 percent which has left the world’s economies spiralling out of control. 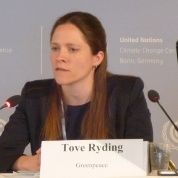 According to Tax Justice Coordinator Tove Maria Ryding, European Network on Debt and Development, the issue became painfully clear after a series of hurricanes pummeled the Caribbean islands in mid-September. Island communities turned to their neighboring nations and world organizations for emergency aid only to find that the money wasn’t there.

A recent report from the Centre for Applied Research at the Norwegian School of Economics showed through statistics the extent that tax havens leach off foreign soil, offering a severely limited set of benefits for inhabitants.

According to the study, in 2012 — the last year recorded — developing countries saw US$3.3 trillion flow through, but by the close of the year, data shows a net gain of only US$1.3 trillion received through investment and income  from abroad. The host nations never saw a penny of the US$2 trillion from its international guests.

Especially in the Caribbean, tax havens are generally tolerated and even welcomed due to the stability, employment, and tourism that some claim they bring. However, these slight benefits are outweighed by their corruptive and controlling effects on local governments, internally destroying economies and environments while skyrocketing national crime rates.

The Paradise Papers reported that over US$500 billion is lost every year due to tax havens. Statistics show that the number is likely to grow with time.

Ryding told teleSUR that offshore accounts pose a greater threat to small and medium sized businesses which offer stability, employment and a steady flow to their governments.

“In many countries (small businesses) have to compete with McDonald's and Starbucks and companies who are not paying taxes,” Ryding said from Brussels.

“We’re seeing it already today. Not to mention the fact that basically our governments are broke; it doesn’t make sense to tell them to fund schools, roads, hospitals and climate, with no money.”

Since the release of the Paradise Papers, the U.N. has redoubled its efforts in its push for a global accord to revolutionize the world’s tax management and equalize the difference in taxation requirements. However, not without considerable push back from the larger nations hosting the foreign bank accounts.

“For the last 50 years, the developed countries have been in the OECD ... the OECD is 35 countries and they’ve been allowed to set the global tax rules. The idea of giving up this privilege was not warmly welcomed,” she said.

The pact would promote international transparency where loopholes are abandoned and tax havens completely eliminated. Ryding said Caribbean islands as well as 130 countries are already supporting the movement.

The last few days has seen the EU pointing a finger and blacklisting tax havens around the world, but turning a blind towards their partners and major economic supporters for the EU economy.

“We have seen that right now (the Caribbean nations) have supported the idea of a U.N. negotiation. They are being punished for things that the EU does as well, so really, it’s survival of the fittest and the strongest,” Ryder said of the bias surrounding the blacklist and tax havens.

Ryder explained that even if the Caribbean community was to fight for the right to maintain its tax havens, lack of strength and political influence would ultimately result in severe blacklisting. So since the Paradise Papers, they have cooperated with one international demand after another.

“Many of the Caribbean countries have been arm twisted and forced to give information to the EU and the United States. This is one way they are actually, right now, squeezing the Caribbean and making sure they cannot continue as tax haven,” said Ryding.

United States has “squeezed” information from many small countries in an international effort to crack down on tax havens, while refusing to disclose information on its own tax-free zones, such as Delaware and Manhattan.

“Basically the U.S. is becoming a tax haven itself, while cracking down on countries that threaten the U.S. tax base, but we need to have the same rules for everyone,” she said.

The international accounts manager layed out what she believed can be expected in the next few years. Similar to what transpired with the Paris Climate Accord, Ryder said a negotiation between the U.N. members is likely, before agreeing on a mandate and setting a deadline for an outcome. According to Ryder, the U.N. is the perfect setting to start the discussion.

“We have the whole institutions there,” Ryder said, “That’s what the G77 is saying, ‘We’re all sitting in the U.N., why can’t we talk about one of the most burning issues in the world?’”

However, abandoning tax havens in developing countries, like those in the Caribbean, doesn’t come without reservations. In Antigua, the imprisonment of its most affluent business tycoons in 2009, left the island’s economy in chaos with a 10 percent drop in the country’s GDP and 25 percent in tourism. Critics of a global tax negotiation have warned that extracting tax havens from third world countries could be more damaging to their economies.

Ryder reassures that a global negotiation would take this under consideration and certainly provide an alternative solution. Among the concessions open to the Caribbean might include climate financing and funding for loss in damages.

“If we make sure that the governments don’t lose large amounts of tax money, all governments that are not acting as tax havens will become much wealthier and there’s going to be a lot more to negotiate,” the tax expert said, admitting that an extra US$500 billion a year could solve a lot of the world’s issues and time is of the essence.

“The longer we wait, the more money we lose and the more scandals we’re going to have. It’s a bit like climate change, in that if the countries don’t want to committ,well, the climate is just going to get worse and worse,” she said.

“It’s just a question of how many disasters we need before countries start moving,” said Ryder.


The Guardian - The Atlantic