Mumia Abu-Jamal was convicted in 1982 of the murder of police officer Daniel Faulker in Philadelphia. A former member of the Black Panthers party, Mumia was already a prominent journalist and activist at the time of the incident. He claims he's innocent and people around the world have stood in solidarity with him since then, organizing events, spreading information and petitioning authorities. 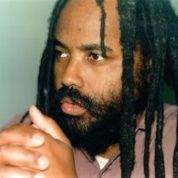 Judge Tucker is requesting the documents because a new Supreme Court's decision found his participation in the case as unconstitutional and potentially biased.

Following the Williams v. Pennsylvania case in 2016, it was ruled that all judges should remove themselves from any case in which they had been previously involved as prosecutors. The legal precedent says “it is a violation of the due process right to an impartial tribunal free of judicial bias if a judge participating in a criminal appeal had ´a significant personal involvement as a prosecutor in a critical decision´ in a defendant’s case.”

Failing to do so would be framed as unconstitutional and allow Mumia’s post-conviction petitions.

Castille was Assistant DA at the time of Abu Jamal's original trial in 1982 and Philadelphia's District Attorney during his endless appeals in the 1990s. He was personally and politically involved in the case until he retired in 2014.

Mumia demanded Castille remove himself from his post-conviction appeals from 1996 to 1998 and again in 2002, but he refused, and the Supreme Court ignored his petition. The new precedent would allow Mumia to appeal again.

After Tucker's request in 2017, the DA office handed in only documents that were already public, failing to deliver all the requested memos, notes and reports regarding Castille's role in the case.

Now, the scenario seems to be a little different, as democrat lawyer Larry Krasner was sworn in as Philadelphia's DA on January 1st, 2018.

Krasner is known mostly for his progressive opinions and acts. In 2011, he represented 52 protesters arrested by the police during the Occupy Philadelphia movement pro bono, suing the city and the police. The case settled when the city agreed to pay US$200,000. He also represented activists from the Black Lives Matter movement and other social issues.

During his campaign, he said he wouldn't prosecute cases of marihuana possession and that he opposes any death penalty case.

It seems like Krasner, who has accused the justice system of being discriminatory, is a very different figure from other attorneys and judges involved in Mumia's original sentence, raising new hopes for him and his supporters.

Judge Albert F. Sabo, who presided over Abu-Jamal's 1982 murder trial, holds the record for most death sentences handed down by a Pennsylvania judge, with 31 convicted murderers sentenced to death, including Mumia himself. In 2000, the stenographer for Abu-Jamal's case signed an affidavit stating she overheard Sabo saying “yeah and I'm gonna help 'em fry the nigger” during the original trial.

Supporters of Mumia think that Krasner's appointment could mean a new, more positive phase in the case after trials they claim have been “racially biased.”

On Wednesday, January 17, 2018, Judge Tucker held a hearing session about a memo written by Ronald Castille to Assistant DA Gayle McLaughlin Barthold, in which he talks about 18 murder cases including Mumia's. In the hearing, Judge Tucker said he would review all cases to find out what was Castille's role in them.

He then ordered the District Attorney's office again to present documents regarding Castille's involvement in Mumia's case in a status report hearing scheduled for Feb. 26. Supporters of Mumia called to “pack the courtroom” in solidarity, and hope Krasner's policy to be favorable.

The status report hearings were programmed to confirm the DA is doing its job and going through the 31 boxes containing Abu Jamal's records.

Judith Ritter, one of Abu-Jamal's attorneys who filed the petition to Judge Tucker, has expressed a more favorable view of Krasner's team. “We’re glad that they’re going to take a look at their position,” said Ritter on January during Mumia's first hearing in the year, “and possibly take a position on the ultimate result this time around.”

When Amy Goodman asked Krasner about Mumia's case during his campaign, the soon-to-be district attorney refused to make comments “because it could become a basis for an argument that [he] should not be involved in that case.”

Soon after taking office, Krasner disappointed many of his supporters when he slightly softened his formerly anti-death penalty hard stance. He has declared he keeps his personal view and promise on the death penalty but also said that the District Attorney's office homicide sentencing committee holds the right to recommend the death penalty in some instances. As elected District Attorney, the decision to follow or not the recommendation ultimately falls on him.

But what worries Mumia's supporters the most are Krasner's choices for his transition team, which includes Ronald Castille himself.

That means Castille, a Republican, is part of the team helping Krasner to handle things at the beginning of his administration, despite having virtually opposite views on the death penalty.

But Krasner says this is precisely why he chose Castille. “What I need is people with experience who are going to tell me honestly where they stand, and he’s reflective of that,” Krasner said.

Krasner may trust the former DA for that, but where will he stand while the DA office is reviewing Castille’s own unconstitutional involvement in Mumia Abu-Jamal’s case?

If Mumia’s defense appeal wins, he could at least get a new trial, which would likely be favorable for him. His defense team claims the prosecution has no more evidence to show at court, as the previous eyewitnesses, confessions and ballistic tests have been fiercely questioned and some of them even proven to have been manufactured by the police.

But the case of Mumia Abu-Jamal is too important for the United States’ political establishment. Regardless of whether he’s guilty or innocent, his release would mean and acceptance of the judicial and prisons systems’ racial bias, something that Mumia has claimed since the beginning of his case and imprisonment.

Mumia’s supporters are calling for a wave of actions in his support during a new crucial phase of his incarceration. Several groups across the United States and other countries are organizing protests and information events ahead of the next hearing, which will take place on March 27, 2018.

Who is Mumia Abu-Jamal?

Born as Wesley Crook in 1954, Mumia became a fierce activist involved in black nationalist groups at a very young age. He joined the Black Panther movement briefly and was a supporter of numerous black social causes before pursuing a career in radio broadcasting and journalism.

While he was working at a radio station, Mumia was also driving a taxi to earn extra income and used to carry a legally registered gun for self-defense.

The prosecutors claim that Mumia saw Faulkner stopping and questioning his brother William Cook while driving his taxi. He then ran towards him shooting, himself getting a bullet in the stomach. Then, he stepped over Faulkner, who was lying on the ground and shot him several times in the face.

Police came to the crime scene and found them bleeding. They took Mumia to the hospital and was detained immediately afterward.

Several people have testified against him, claiming he’s the man they saw shooting Faulker. Some have said they saw a third man shooting and running. Others have even confessed they were the shooters themselves acting as hit men for the police, who commissioned them to get rid of Faulker as he was interfering with their corrupt businesses.

Mumia was sentenced to death and sat on death row for three decades before his punishment was changed to life in prison without the possibility of parole in 2011.

His emblematic case represents a whole racially biased judicial system that had its peak in 1980s Philadelphia. Police targeted African Americans on the streets, and black jurors were systematically barred from trials. Castille himself endorsed the production of a training videotape on how to keep African Americans from juries during his time as District Attorney.

Little –if any– has changed, and that’s why Mumia Abu-Jamal’s case remains so relevant.

Since the time he was first imprisoned, Mumia has become an outspoken voice against the United State’s judicial and prison system, which he claims has always been racially biased. He consistently publishes books and articles about some topics, including his own life as a political prisoner, the works of authors of African descent and contemporary national and international politics.

He is also regularly interviewed by media and hosts a radio show at the Prison Radio internet broadcasting station.

Now, Mumia is 63 years old and is suffering from cirrhosis due to his mistreated hepatitis C.