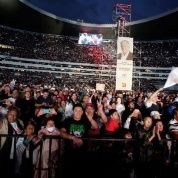 RELATED:
After Two Failed Tries, Why AMLO Is Likely to Win Mexico Elections This Sunday

One of the new electoral features includes the Rapid Count process. This procedure involves a statistical design of pre-selected households with the purpose of estimating the tendencies of the final results of an election.

According to the National Electoral Institute, the fast count starts with compiling the results of the voting boxes that were selected for the sample. Members of the Technical Advisory Committee for the Rapid Count are in charge of supervising this process.

Data obtained from the count is transmitted via telephone to a technical room where the information is received and recorded. The results are then revealed. Finally, members of the Committee submit a report to the president of the National Electoral Institute, or INE.

The results obtained in the Rapid Count are not considered, for any reason whatsoever, as proof of the final vote tally.

Another vote count mechanism that will be employed in Mexico's general elections includes the Program of Preliminary Electoral Results, or PREP, which will take place in conjunction with the Rapid Count process.

The official results will be obtained from the PREP, a slow, deliberate count detailed in the final district tallies noted by the INE District Councils. This process starts after the election has ended and will proceed, uninterrupted until the last, official count is recieved from the 300 electoral districts.

Mexico's general election also includes a three-day electoral blackout, which means all political campaigning and propaganda are prohibited during this period. The dissemination and publication of electoral surveys and polls are also forbidden

The three-day electoral blackout, according to the INE, serves as a way to generate the proper conditions, after extended political campaigns, rallies and TV coverage of the candidates, to allow voters to reflect about the reasons for whom they'll cast their ballot.

Government posts up for grabs in Sunday's election include President of the Republic, 128 senators and 500 congressmen. It also includes a host of local government posts and municipal boards.

Surveys published prior the electoral blackout revealed that Andres Manuel Lopez Obrador, popularly known by his initials AMLO, leads the pack of presidential hopefuls. The former mayor of Mexico City, who's come in as a runner-up in both the 2006 and 2012 presidential elections, has vowed to root out corruption and violence if elected president.

He's also pledged to raise the minimum wage, increase access to higher education and take the military off the streets, a measure which was codified by the current Enrique Peña Nieto administration in 2017.

After his most recent defeat, AMLO departed from the left-of-center Party of the Democratic Revolution (PRD) to form the National Regeneration Movement (MORENA) in 2012.

teleSUR's Eduardo Martinez‏ reported on June 25 that the Political Violence Indicator of @ etellekt_ numbers showed that a total of 130 politicians had been murdered in Mexico during the 2018 campaign period.

Indigenous communities in Mexico are not impressed with Sunday's election. Some have even vowed to boycott the process altogether in their traditional communities as a way to say no to a political system that has historically ignored their very presence.

“The politicians haven’t done anything besides enriching themselves, and they’ve left us behind,” said Antonio Arriola, a member of the Indigenous Governing Council, which consists of over 43 Indigenous Nationalities.