4 January 2016 - 09:51 AM
Analysis
Why Did the Venezuelan Supreme Court Accept a Challenge to Election Results?
0

On Dec. 30, 2015, the electoral chamber of the Venezuelan Supreme Court accepted a request to challenge the results of the Dec. 6 parliamentary elections in the states of Amazonas, Yaracuy, and Aragua, as well as one of the seats reserved for Indigenous peoples. 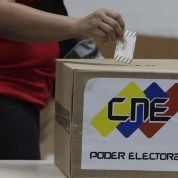 The Supreme Court also accepted a request for an emergency precautionary measure in the state of Amazonas, which temporarily suspended the swearing in of four candidates, three from the opposition and one from the ruling socialist party.

In the decisions posted online, the court did not specify the reasons for upholding the challenge, however the candidates who submitted the challenge cite a number of electoral irregularities, including possible fraud, a high number of blank votes, and, most importantly, vote buying.

The allegation that candidates and politicians were engaged in vote buying in the state of Amazonas emerged shortly after the elections and well before the court ruled to suspend the four candidates.

On Dec. 16, Jorge Rodriguez, a leading figure inside Venezuela's socialist party and the head of that party's campaign, released a recording that allegedly provides evidence of vote buying and implicates Victoria Franchi, an associate of the opposition governor of Amazonas.

In the recording Franchi can be heard speaking to an unidentified person, described as an undercover agent, concerning a plot to pay people to accompany seniors and people with low literacy on voting day in order to ensure that these people vote for candidates from the opposition coalition.

Franchi is also heard offering to pay for people to pose and vote on behalf of the deceased.

“We want to win by any means necessary,” says Franchi toward the end of the recording.

Should the allegations of vote buying be proven to be true, it would constitute a crime under Venezuela's electoral law. Authorities would then need to determine if the crime was severe or significant enough to warrant new elections in the affected state.

Rodriguez called on authorities to investigate the allegations.

Past Incidents of Fraud in Amazonas State

The governor of Amazonas, Liborio Guarulla, denies Franchi is a person of significance inside his government, but nonetheless came to her defense, first by posting a message of support on his Twitter account and then offering to have her legal expenses covered by his government.

“This is how the national government acts: Sebin detains Victoria Franchi and they are torturing her with the aim of finding justification for their defeat in Amazonas.”

The involvement of Governor Guarulla brings up an intriguing and relevant piece of history.

He sits as governor of Amazonas thanks to the intervention of the Supreme Court and electoral authorities after regional elections were held in 2000.

In the 2000 election, Bernabe Gutierrez, of the opposition Democratic Action party, had initially been declared the winner, besting Guarulla by only 221 votes. Guarulla challenged the results, as he was entitled to do under electoral law.

The Supreme Court ultimately agreed there was basis to believe fraud had occurred and annulled the results from seven voting stations. The National Electoral Council held a re-vote in the affected voting areas.

Guarulla subsequently won the election and was sworn in as governor Feb. 13, 2001, due in thanks to the intervention of the Supreme Court and electoral authorities.

The MUD coalition, which Guarulla supports, says it will not recognize the court's ruling and will attempt to have their suspended candidates forcibly take office.

Such has been the pattern of the Venezuelan opposition, only respecting electoral authorities when it suits them.

Ahead of the Dec. 6 election the opposition had refused to commit to recognizing the result, they warned that should they fail to win they would cry fraud. It was only when results emerged indicating their victory that they recognized the results.

In other electoral contests where the opposition has lost, they have leveled unsubstantiated claims of fraud.

That they now refuse to recognize the perfectly legal decision by the Supreme Court should surprise no one.