Claiming it is both “independent” and “impartial,” the World Economic Forum claims it is committed to improving the state of the world. What a sham. 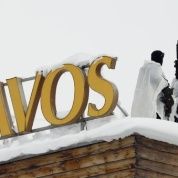 Two and a half thousand CEOs walk into a ski resort and try to make the world a better place.

Nope, this is a real thing. On Wednesday, global bigwigs will congregate in the uber-exclusive ski resort of Davos, Switzerland for the World Economic Forum to (in the organization’s words) “shape global, regional and industry agendas.” This translates as global finance being the big talking point and a polite nod to climate change and global inequality.

ANALYSIS: 1% Dine in Davos as Latin America Pulls People Out of Poverty

The WEF website explains that 2,500 of “the foremost political, business and other leaders of society” are attending the conference, including 40 heads of state, oil magnates and tech billionaires.

But rather than world domination, the WEF’s mission is supposedly “committed to improving the state of the world.” Better yet, the WEF is “independent, impartial and not tied to any special interests,” while it “carefully blends and balances the best of many kinds of organizations.”

A glance over the list of board members reveals that these objectives might be a little tricky to achieve. Of 23 members, 17 are men while only six are women. There are also 12 corporate executives, one queen and a sum total of zero social movement or human rights organization representatives.

International Monetary Fund chief Christine Lagarde made the cut. As did Mark Carney, governor of the Bank of England. You might know of another member, Peter Brabeck-Letmathe, the chairman of Nestle who recently made a name for himself when he branded “extreme” the argument that water is a fundamental human right.

“They run our major institutions, including the media, know exactly what they want and are much more united and better organized than we are,” she added.

But more puzzling still are the organization’s partners. From polluting miners, to money-laundering banks and community-destroying corporations, there’s a certain irony that some of these companies are associates of an organization that sells itself as “committed to improving the state of the world.”

Everyone’s favorite tooth-decaying beverage is a dirty polluter and, to name just one of its crimes, it has destroyed water resources in Central America.

In northern El Salvador, 30,000 residents of the municipality of Nejapa cannot drink or use the water from the river San Antonio because of industrial contamination from WEF partner Coca-Cola and other industrial companies. Locals say the water kills their animals, makes people sick and is gradually drying up. Communities want a “Water Act” in place in protect the resource.

Elsewhere in Latin America, Coca-Cola stands accused of supporting paramilitaries in the intimidation, torture and murder of unionists in Colombia and Guatemala.

There are few names dirtier than Chevron in Ecuador.

For years up to 1990, to cut costs the company allegedly dumped over 16 billion gallons of oil and toxic waste in the pristine forests of Ecuador's Amazon. Communities are to this day suffering the consequences of the U.S. oil giant’s operations, including serious illnesses like cancer and even death.

In a court in Sucumbios province, the 30,000 affected residents won a lawsuit demanding Chevron pay US$9.5 billion in damages. The company has refused to pay and has instead engaged in a US$400 million smear campaign against the Ecuadorean state.

WEF’s partner is most often associated with a black, oil-stained hand, as activists touch the contaminated gloop to incriminate the dirty work of Chevron.

Most recently, the WEF partner is being sued for ignoring the use of enslaved children as young as six to harvest cocoa in the Ivory Coast. The kids are not paid but are whipped if they do not perform their work satisfactorily.

The Swiss corporation is also being sued in the United States for using fish from a Thailand-based supplier that also uses slave labor, keeping workers captive aboard “floating prisons.”

And let us not forget Nestle Waters CEO Tim Brown refusing to stop bottling water in Sacramento California, in spite of a catastrophic drought. Brown went as far as to say, “if I could increase (bottling water), I would.”

Meanwhile, farmers were ordered to cease pumping water from the San Joaquin River to preserve water in the bone-dry conditions, leaving their crops to turn to dust.

Yet Coca-Cola, Nestle and Chevron are just the nasty tip of the WEF iceberg. Other partners include eco-cheater Volkswagen, money launderer HSBC (not to mention the Bank of America and Deutsche Bank) and more oil companies than you knew existed. Claiming it is “accountable to all parts of society,” those attending the Davos forum could not be further from representing anything other than corporate interests. And in a week in which Oxfam lifted the lid on the devastating extent of global inequality, the discrepancy between the way the Davos elite describes itself and its reality is the biggest joke of all.