Brazil's Workers Party (PT) has learned, the hard way, the lesson of not choosing an adequate vice president after Michel Temer usurped the presidency of Dilma Rousseff through an unconstitutional parliamentary coup. 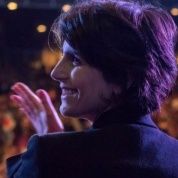 This time the PT, confirming its alliance with the Communist Party of Brazil (PCdoB), has chosen a young feminist and revolutionary woman, as Manuela D'Avila describe herself, to be the running mate of the left-wing alliance's presidential candidate.

On Sept. 11, former President Luiz Inacio Lula da Silva, who is leading in all the polls as the favorite choice, was forced to transfer his candidacy to former Sao Paulo mayor and long-time Lula ally and PT member Fernando Haddad, with Manuela D'Avila as the vice-presidential candidate.

This came after the Brazilian judiciary, defying the constitution, international opinion and a U.N. Human Rights Committee biding ruling, decided that Lula wouldn't be allowed to exercise his political rights.

Manuela Pinto Vieira D'Avila, affectionately known as Manuela, was born in the southern city of Porto Alegre, capital of the Rio Grande do Sul state, on Aug. 18, 1981. She is the daughter of a judge and her father is an engineer and college teacher. D'Avila obtained her journalism degree from the Catholic University of Rio Grande do Sul, after also having studied Social Sciences at the Federal University of the same southern Brazilian state.

Being only 37 years old, she has a vast political and social movement-based experience. She started said experience in the students' movement in 1999,  and in the same year, she was affiliated in the Socialist Youth Union (UJS) part of the PCdoB. In 2014, on social media, she claimed that she was "happy militating physically closer to the population and social movements."

In 2004, at 23, she was elected Councilwoman for the Porto Alegre, becoming the youngest in the history to hold such a post in the municipality. On 2006, she was elected a federal lawmaker for the lower chamber, the most voted in her state.

In 2010, Manuela was reelected with the highest number of votes in the entire country. During these legislative tenures, she led the PCdoB lawmakers, presided the Human and Minority Rights commission and promoted several bills mainly those focused on youth's rights. She is responsible for the Statute of Youth, the law that guarantees the rights and the obligations of young people in Brazil.

She rejected the idea of being reelected for a third term, and so she ran for and won a congressional seat in her own state, a position she has held since 2015. In all of these elections, she had been part of "the Communist Party of Brazil, whose platform responds precisely to the desires of our people for a more democratic country that overcomes inequalities," as she has stated.

Her political experience has shown her the importance of feminism, as one of the most radical changes to be made in society, as at first "I wanted to debate economics, geopolitics (...) Feminism was a minor issue, but when I entered Parliament, I saw what the system was like, I saw the prejudices", she said in an interview in 2018 for Marie Clare.

In her congressional years, she has strongly faced several cases of misogyny, one against her current electoral rival, the far-right former army captain Jair Bolsonaro, who is running for president this October. In 2011, when she presided the Human Rights Commission in Congress, she asked the destitution of Bolsonaro out of the commission as "we can not have a Member in this committee who does not defend human rights," she argued. This happened because the alt-right then-congressman insulted another lawmaker for being homosexual.

In 2016, she was criticized by conservative forces in the country because she breastfed her daughter in the Legislative Assembly. She responded to critics by saying that a patriarchal society gets angry when they see "women in spaces of power, children in spaces of power. Politics is masculine and macho and gives no space for women."

In November 2017, before the political turmoil that Brazil is living due to Lula's incarceration, the PCdoB selected the Rio Grande do Sul congresswoman as its 2018 presidential candidate. However, Manuela always promoted the "unity of the left-wing," and considering the complex political chessboard in current Brazil, both parties decided to unite.

In April 2018, when former President Lula was about to be imprisoned for unproven corruption charges, Manuela D'Avila was part of the people who defended the former president and stood by his side around the Sao Bernardo do Campo Metallurgic Union. During Lula's last speech before turning himself in, Manuela and Guilherme Boulos, now the presidential candidate for the Socialism and Liberty Party (PSOL), escorted former President Lula appointed them as the new generation, the leaders in the fight for a better and fairer society.