On Jan. 1, 2019, far-right former army captain Jair Bolsonaro was inaugurated as president of the biggest country in Latin America, the fifth largest economy in the world and repercussions of his presidency have already begun to take a toll on the Latin American lusophone country. 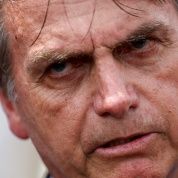 During the presidential campaign, and during his 26 years as an elected politician, Jair Bolsonaro has been openly far-right, neoliberal and against minorities.

The fact that Bolsonaro, as a Federal Brazilian Lawmaker only voted in favor of 2 laws in over 26 years is not a marker of what his presidency will be, he is decided to radically change Brazil, but will it be for the better?

The Bolsonaro government has been proposing changes in the most different areas in Brazil, according to the leadership of the Workers Party (PT) in Brazil's lower chamber, "In 24 hours, Bolsonaro has taken 17 measures that harm the Brazilian People."

"What is happening at the bottom of everything is the emergence of a conservative extreme right-wing in the country," Profesor Juliano Cortinhas, professor of International Relations in the University of Brasilia (UNB), told teleSUR in an interview when asked about the first 10 days of the presidency of Jair Bolsonaro.

According to professor Cortinhas, what this far-right government is trying to do is to put into action its ideology, but with a method that has started to become a worldwide modus operandi, which is the usage of "untruths" or what is called "fake news." In other words, it is "the expanded use of conceptual confusions that mix concepts with nonexistent realities. Concepts with things that do not exist."

For over a decade, Brazil was ruled by multiple progressive governments of the PT party, first led by President Luiz Inacio Lula da Silva and then by President Dilma Rousseff, governments that took over 50 million Brazilians out of poverty, through redistributive nationalist policies.

Bolsonaro's speech and actions "show deep conceptual ignorance. This type of logic is expanded to different areas," it is not only focused on destroying political enemies but actually looks to completely change the Brazilian social, political and cultural landscape. The Bolsonaro government is using this conceptual ignorance to inflame the masses against the defense of rights previously earned.

"This conceptual ignorance is also based on a complete negation of academic studies," things that have been discussed for decades by international organizations, academics and intellectuals "are being denied by the Bolsonaro government without any kind of discussion."

But this denial of the debates and the concepts is not something barely based on ignorance, Cortinhas argues adding that this ignorance is being weaponized for the benefit of the project proposed by the Bolsonaro government and the oligarchies that it represents. "This happens to be linked to human rights, to environmental policies, denying scientific studies that prove that climate change is something really serious."

The new Brazilian government has denied the existence of climate change arguing that it is a "Marxist ploy. With this strategy, the government has given the possibility to the Brazilian agricultural oligarchy to manage the environmental policies. It permits the Agriculture ministry to allow deforestation of the Amazonia and to benefit the agricultural elite in the country."

So the strategy used by the Bolsonaro government, that is according to the campaign used to win the elections, is to "guarantee" the rights of the non-excluded majorities, which usually have already been achieved at least some amount of rights, as they are not excluded from the system.

"In Brazil, we have minorities that are very persecuted, LGBTI, Black People, (...) the white elite does not suffer the high rate of homicides in Brazil," Brazilian professor Cortinhas said adding that the number of femicides in Brazil is high, "these minorities have to be protected because they don't have access to social protection as the elites do."

"They have also created a new concept 'citizen of good,' and who is this citizen, it's the representation of the elite." With this representation of the elite, as a citizen of good, added to the fact that the new Brazilian government is making an effort to only grant human rights for the right humans, the excluded people of Brazil will start suffering from more and more discrimination.

"It is a conceptual distortion" created on purpose, to try and win the struggle between two different development models, one that redistributes the richness against the neoliberal and conservative economic model propagated by the Bolsonaro government.

During the last years, the Indigenous institutions and the institutions to protect the Indigenous people has been very important to the governments. "In one week of the Bolsonaro government, this has started to be dismantled. This demonstrates that this is something ideological that is being treated."

According to Cortinhas, the Indigenous issue is not something that is usually treated in the first week but dismantling it, it's a way to prove a point and to make an important statement. "One of the first decrees of Bolsonaro was to transfer the FUNAI (National Indigenous Foundation,  the entity that regulates and safeguards the Indigenous peoples and their rights) to the Agriculture Ministry. Meaning the ones who want the death of Indigenous people, to have more space for agriculture by taking these populations and putting them on the Urban peripheries."

So the utilization of these kinds of conceptual mistreatments is a very important trademark of the Bolsonaro government, "as those are minorities, they need to submit to the majorities." That has a reflexion on human rights, on discriminations for gender reasons, for "race" reasons, or for any other forms of discriminations that can be found against the historically discriminated populations.

The professor goes on to explain that the discourse used is part of "the negation of our history and our experiences" and of the huge diversity of Brazil. "They try to solidify an idea of Brazilian Nation that has no relation with our historical experiences."

Finally, the Brazilian government will stop giving scholarships to those students that cannot prove that they are in accordance with the conservative ideology of the new Brazilian government. "The ministry of education has been studying ways of ideologically controlling our students. this breaks the right of free thinking of the Brazilian academia. This is something typical of a fascist government."

"These issues are very worrying and all have the same basis, in my opinion, the base of denying academic studies of ideologization of the internal politics in Brazil, of using the construction of discourses based on untruths and fake news, reflecting on diverse areas. Subverting any advancement through an ideology that is very conservative."